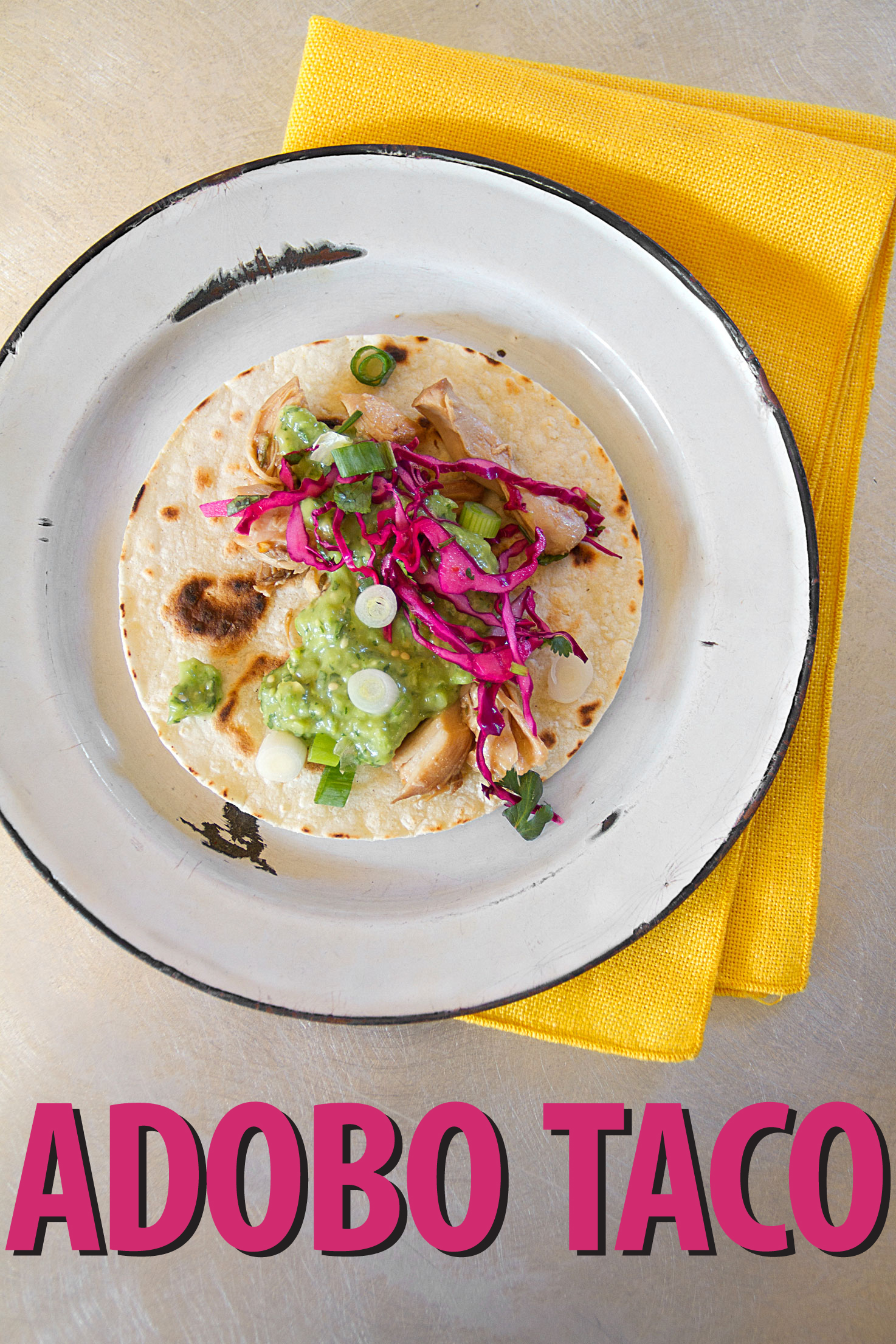 Do a search for “taco” on this blog and you’ll find quite a few entries. It may make you wonder how many posts about tacos one skinny Americano can write on one little blog over a 10-year period. As you try to calculate the answer please factor into the equation that said Americano lives in taco-centric Los Angeles. You should also consider the fact that he’s fascinated with cross-cultural mash-ups. Which means many of his best tacos aren’t really “tacos” at all. Take today’s taco – it’s stuffed with shredded Filipino adobo chicken. So I have to ask, can an Adobo Taco be a taco after all?

Now that I’ve explained why this taco is not really a taco let me further complicate things and talk about Filipino adobo. Which as you’ll see seems the perfect partner to a taco.

Adobo is not a recipe per se, it’s a method by which anything – fish, fowl, vegetables or meat – is marinated in vinegar and spices. It’s sometimes browned in hot oil and then braised. Though some versions are finished under the broiler. However, my Adobo Taco mash-up is shredded. Soy sauce may or may not be used. The dish is often garnished with an egg, but I did not know that when I prepared the tacos you see here. However, I think a fried egg on top of my Adobo Taco might be a very good idea.

As you’ve probably guessed from the shopping list adobo is a mingling of eclectic influences. Some regional and some imported. As the locals say, “Philippine food was prepared by Malay settlers, spiced by the Chinese, stewed by the Spanish and hamburgerized by the Americans”.

I think that may be partly a joke (especially the hamburger part) but it very clearly illustrates that adobo morphed with the changing times and cultural influences that shaped the island’s history. So you can see why an Adobo Taco is probably a very good idea.

I read that adobo is a cousin to a popular Malaysian dish known as ginataan – chicken, pork and vegetables cooked in coconut milk and garnished with vinegar and garlic. But the main influences come from the Spanish who colonized and ruled the Philippines for more than three centuries. The Spanish most certainly introduced the locals to the idea of the marinade, because before that almost everything was boiled. Some food experts say that as much as 80 percent of today’s Filipino dishes are derived from Spanish recipes.

Spanish recipes. Which of course brings me back to the taco. The Chicken Adobo Taco. GREG

PS: A word about tortillas. I know I should probably do a post on this because I have strong opinions. However, when it comes to a taco you want to choose corn tortillas. There are some exceptions. Flour tortillas are often the first choice in Tex-Mex renditions. There is also a type of taco known as “Arabica” which is properly served on a flour tortilla because the intention is to replicate pita bread. But true (real good) Mexican tacos are served exclusively on corn tortillas. Corn tortillas have the tooth of corn to carry bold flavors. They just do.

However, to complicate matters a lot of folks will disagree with me because the only corn tortillas they’ve ever eaten are mass-produced (which are made with the whole ear of corn – cob and all). These tortillas are dry and brittle and can sit in your stomach like a rock. If you can, seek out corn tortillas made with just the kernels or make your own with good quality masa. 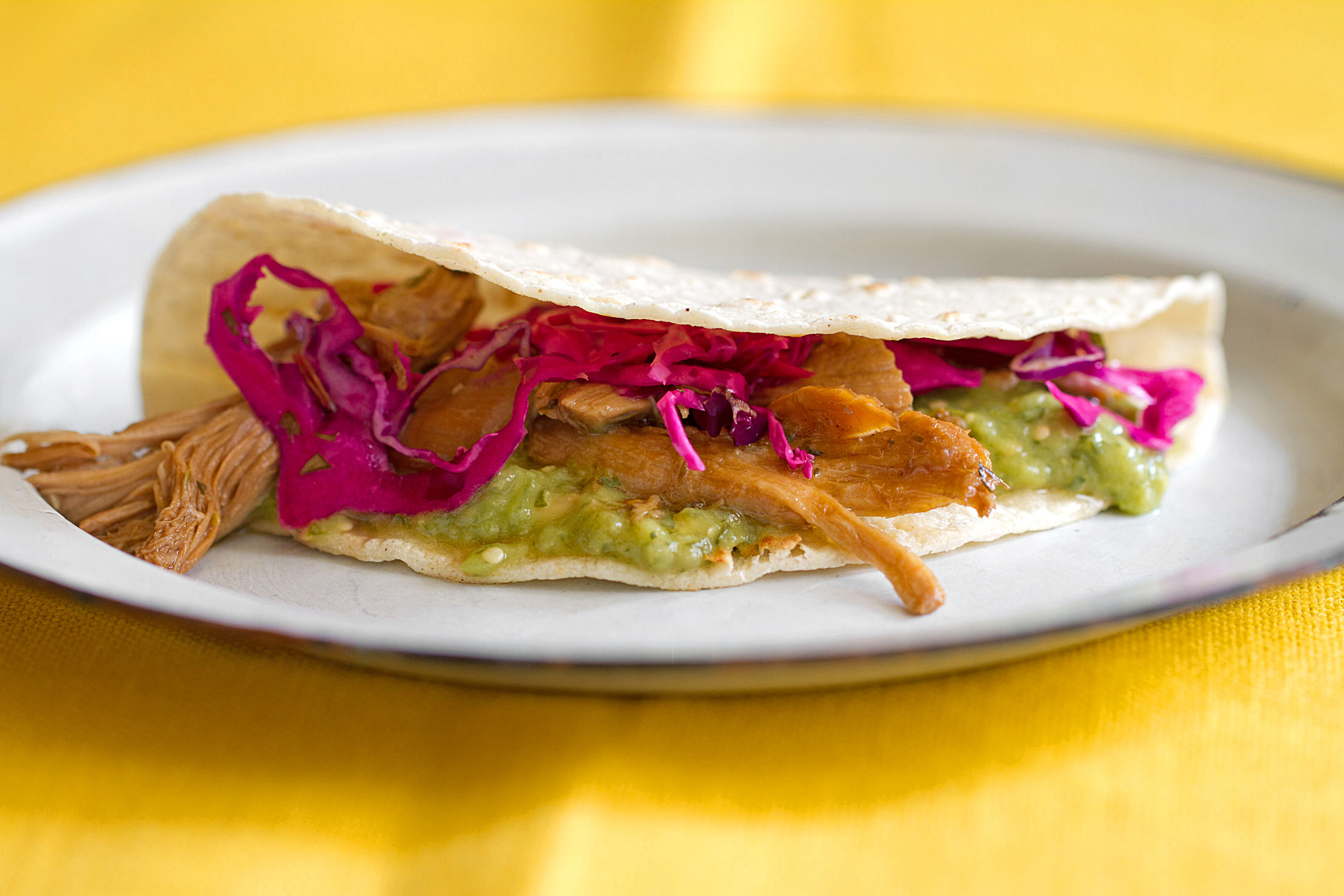 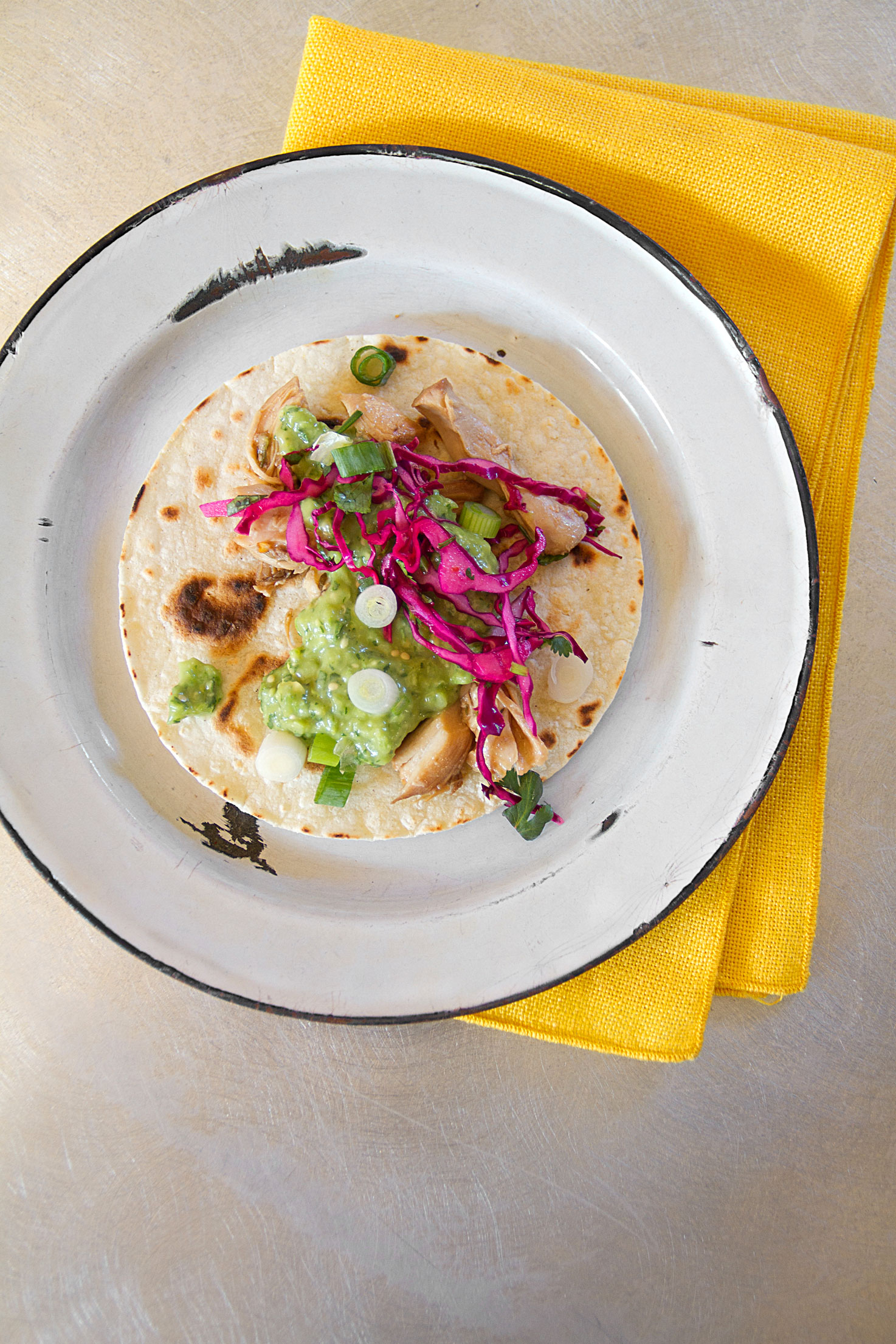 In a large pot with a lid over medium heat, combine the chicken, vinegar, soy sauce, garlic, thyme, chiles, bay leaves, peppercorns, and cinnamon stick and simmer partially covered until the chicken is well-glazed. Turn the chicken often to ensure even cooking and don’t let the pan get dry. Add a splash of water as needed. Total cooking time should be about 1 ½ hours.

When ready to serve gently reheat the shredded chicken adobo. Spoon the warm chicken and some of the sauce onto warm tortillas. Top with a drizzle of avocado-tomatillo salsa, slaw, and scallions. Serve immediately.

In a food processor, combine the tomatillos, avocados, serrano, garlic, cilantro, and a few big pinches of salt. Juice the limes over the top then pulse them in the food processor 3 or 4 times to roughly chop everything together. Scrape the sides of the bowl then pulse 3 or 4 more times. Scrape the side of the bowl then process until you achieve a chunky salsa. Set aside. 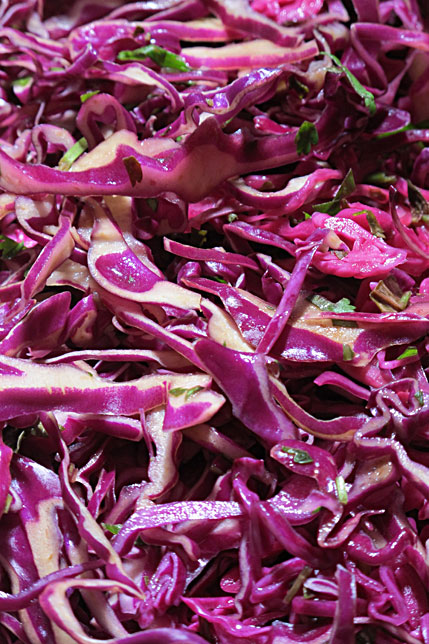 Shred the cabbage very thinly (preferably with a mandoline) into a large bowl. Chop the cilantro (all the leaves and a good amount of the stems too). Add the chopped cilantro and lime juice to the bowl with the cabbage; season with salt. Set aside at least 1 hour and as long as three days ahead. 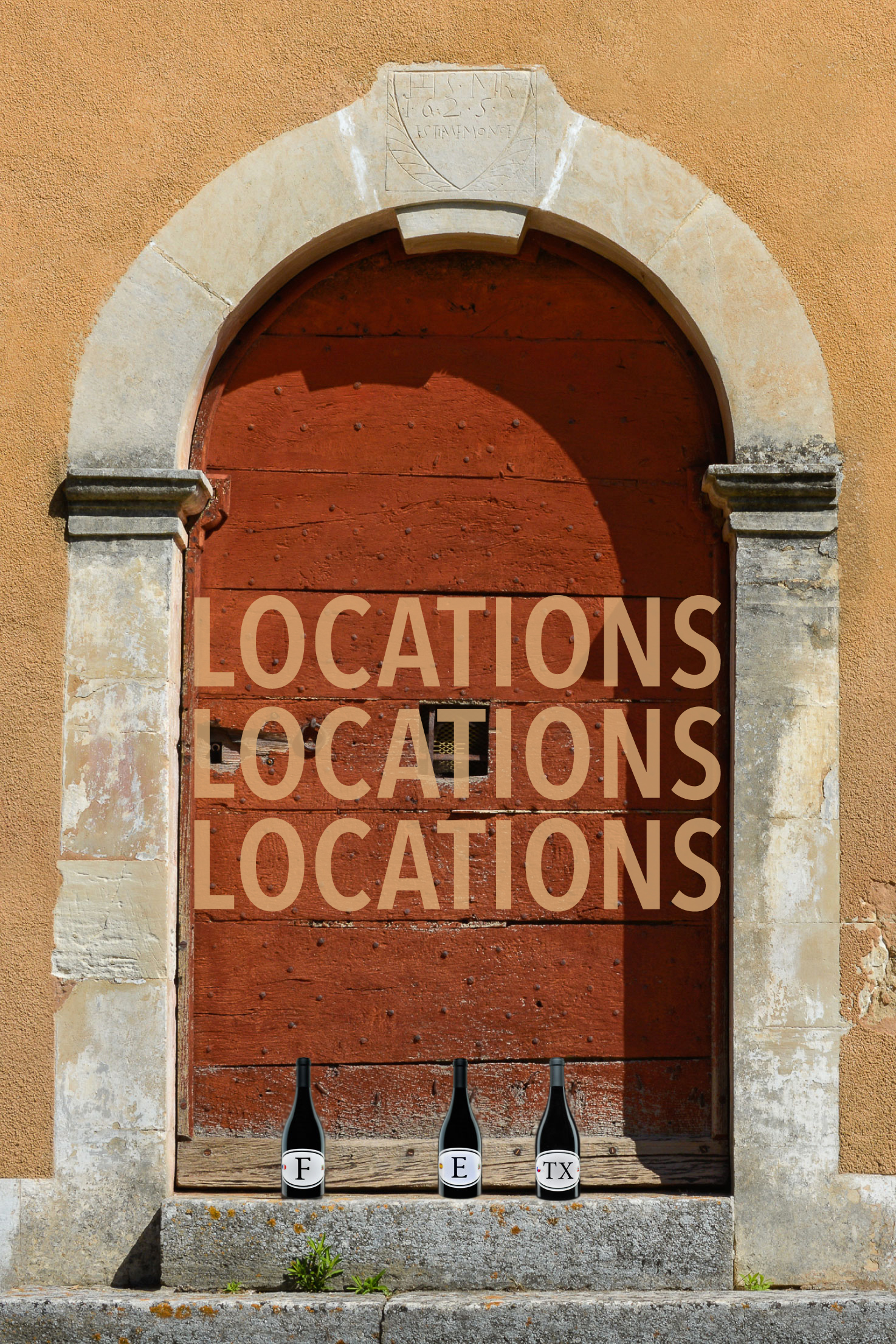 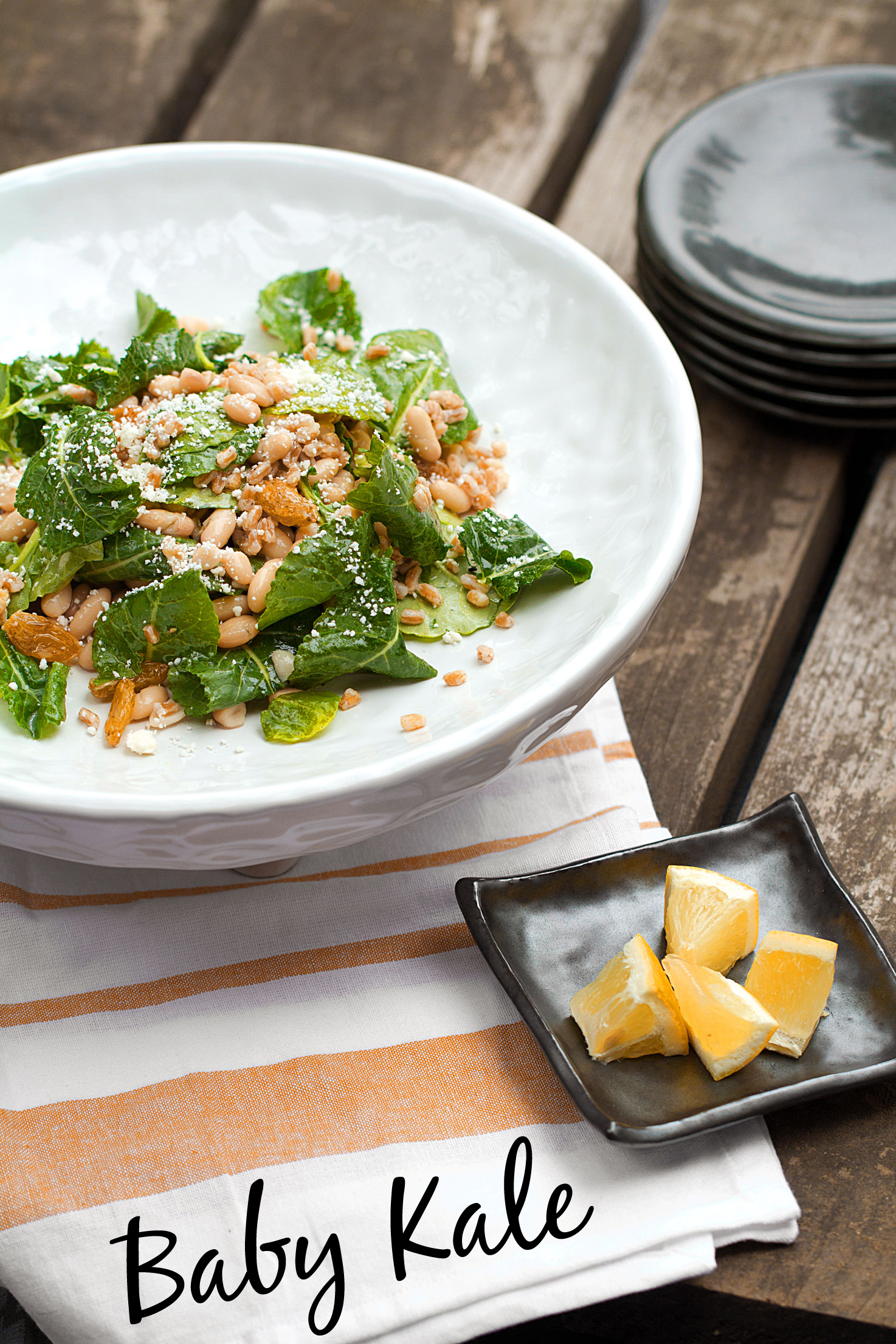