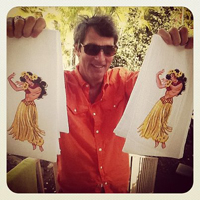 Greg Henry began to write the food blog Sippity Sup– Serious Fun Food as a break from a career as an entertainment industry photographer, and was surprised by its hold on him. He’s led cooking demonstrations in Panama and Costa Rica and has journeyed as far afield as Norway, Alaska and Peru to promote culinary travel. He’s been featured in Food & Wine magazine, the Los Angeles Times, the Today show online, the Huffington Post, and Saveur magazine’s “Best of the Web.” Greg also co-hosts “The Table Set” (downloadable on iTunes or at Homefries​.com), named by LA Weekly as one of five favorite podcasts for food lovers. Greg is also the author of two cookbooks “Savory Pies” and “Savory Cocktails”, both available from Ulysses Press. See the books tab on this blog for more information. 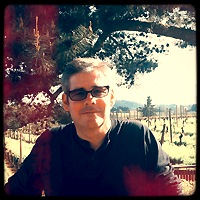 Grant Henry is a graduate of the French Culinary Institute (now the International Culinary Center) in New York City. He is recognized as a Certified Specialist of Wine by the Society of Wine Educators. Currently living in his hometown of St. Petersburg, Florida, Grant is a sales rep for a small wine distributor specializing in boutique wineries from around the world. When not selling wine, drinking wine, or talking about wine he can be found making delicious dinners for his friends and family, or entertaining his son. Grant often puts the “Sip” in Sippity Sup through his creative wine pairings. He is also the author of the Wine Notes for the book “Savory Pies”. His three favorite wine words are dirt, acid, and gravel. Grant and Greg are brothers. 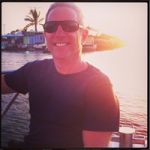 Ken Eskenazi is a wine enthusiast, designer, educator, entrepreneur and patent holder. Ken’s entrepreneurial efforts include the co-founding of a successful “green” full-service marketing, design and PR agency and the invention of Rapioli, a zero-waste packaging system that won an award from the U.S. EPA, a quarter-million dollar grant from the State of California and two utility patents. His personal highlights include speaking at the United Nations about the artist’s and designer’s role in promoting peace, having his posters accepted into the Permanent Collection of the Library of Congress, learning to drive a Formula One race car (when he didn’t even drive a stick), and helping Sippity Sup become an international foodie destination. Ken recently earned his Wine Education Certificate from UCLA. 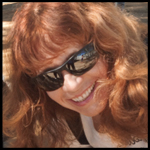 Helen Lisa Melville has a BA in Theater Arts and has dabbled in many branches of the entertainment industry. She loves ADR, you may have heard her screaming in Beowulf or announcing flights in The Holiday. Helen is currently a certified and licensed massage therapist who loves to drink wine with friends. Though her client list might qualify for its own EGOT, she is notorious for not recognizing celebrities. She hadn’t a clue she was massaging one of the rock stars of the Rhone Valley, until Michel Chapoutier casually mentioned he made wines for a living. Thank goodness she can usually recognize great wine! Her olfactory awareness is thanks to the extensive range of essential oils she works with, and her palate has developed over decades of tasting. Helen is a graduate of Ian Blackburn’s LAW (Learn About Wine) School.