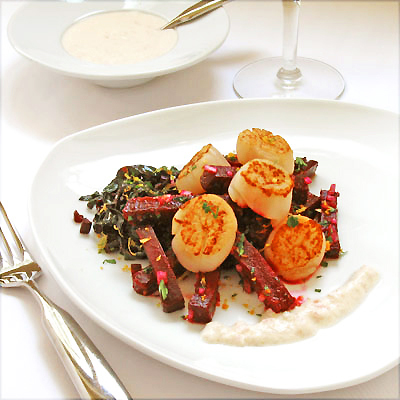 Roast the beets: Preheat oven to 450 degrees. Fill a large bowl with water. Cut the greens off each beet, leaving about 1‑inch of stem. Put the greens into the bowl of water to wash them thoroughly. Remove them from the water and pat dry with paper towels. Place beets themselves on a baking sheet and drizzle 1 tablespoon olive oil and 2 tablespoons water over them. Season with salt and pepper. Cover each baking sheet with aluminum foil and roast beets until tender when pierced with a small knife, 30 to 45 minutes, depending on size. Remove from oven; let cool. Trim the root and stem ends of each beet, then rub the beets to remove skin. Cut beets into ½‑inch-thick slices, crosswise. Then cut each slice each again lengthwise to form ½‑inch batons. Move the beets to a medium-sized bowl and set aside.

Mix parsley, about half the minced shallot and citrus zest in small bowl for gremolata. Set aside.

Slice the clean, dry beet greens crosswise into ½‑inch ribbons. Include the veins and most of the stems too.

Heat 1 tablespoon olive oil in a large skillet set over medium-high heat. Add the greens. Season with salt and pepper and cook, stirring often until just wilted, and still brightly colored, about 4 minutes. Remove from heat and stir in 2 teaspoons prepared horseradish. Set aside.

Prepare the scallops: Heat the barest slick of olive oil in a large non-stick or cast iron skillet set over medium-high heat until very hot but not quite smoking. Add the scallops in batches to avoid crowding. Cook the scallops undisturbed on one side about 3 minutes until a nice golden crust forms. Flip them over and cook an additional minute or two until they are barely translucent in the center.

Prepare the sauce: In a small skillet, combine the remaining minced shallot with the horseradish, crème fraîche and lemon juice and season with salt and pepper. Cook over low heat, stirring occasionally, just until the crème fraîche is melted, 1 to 2 minutes. Keep the sauce warm over low heat.

Finish the dish: Mound a small pile of the sauteed beets greens on each of 4 plates. Toss the beet batons with 1 tablespoon olive oil, a pinch of salt, and pepper and about half of the gremolata. Toss well. Mound the dressed beets attractively half on and half off the pile of beet greens. Top all of this with 3 or 4 scallops per plate. Sprinkle with the remaining gremolata and a drizzle of the warm horseradish cream. Serve immediately. 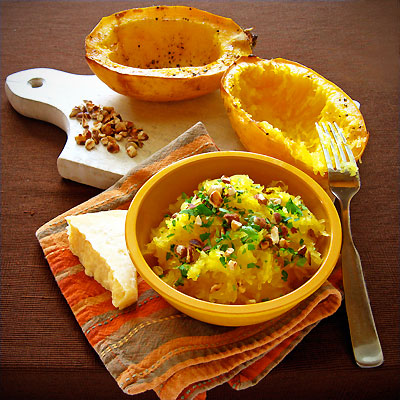 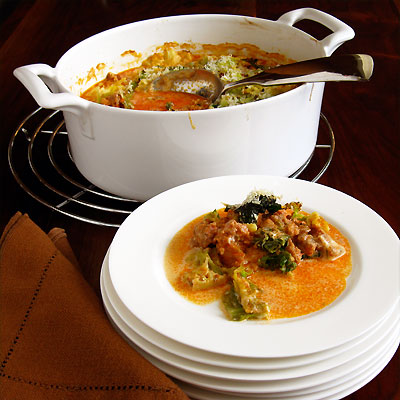