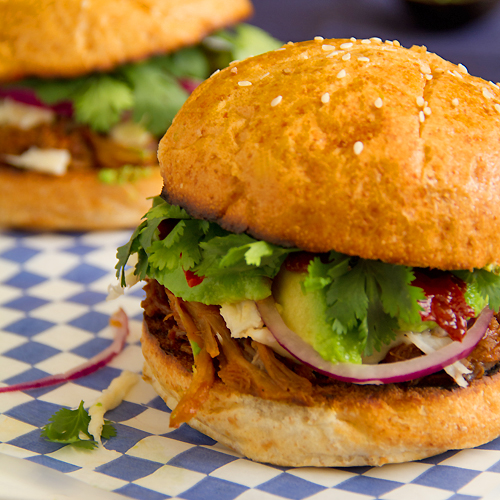 What is a cemita? The cemita is a sandwich originally from Puebla, Mexico. Making it a type of torta. What distinguishes it from other more generic tortas is it’s place of origin in Mexico and the roll it’s made with, also called a cemita. The roll itself is pretty specific. It’s made with an egg-rich dough and is often (usually) topped with sesame seeds, giving it the appearance of a traditional American style hamburger bun. The cemita sandwich is delicious.

The pulled pork in this cemita recipe could be replaced with a thinly pounded piece of breadcrumb coated, deep fried beef. This is the most typical version found in Puebla, Mexico. 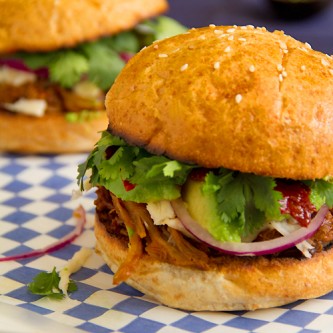 Slice the rolls sandwich style, then toast or grill the cut sides until browned.

Divide the meat between each of the 4 bottoms of the rolls. Top with cheese, avocado slices, onion and cilantro (or papalo) leaves. Lay as much or as little of the chipotle strips on top. You may also brush a bit of the extra adobo sauce onto the inside of the top of the rolls before closing the sandwich. 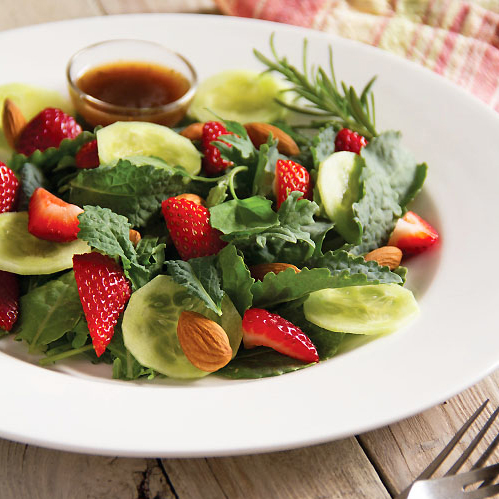 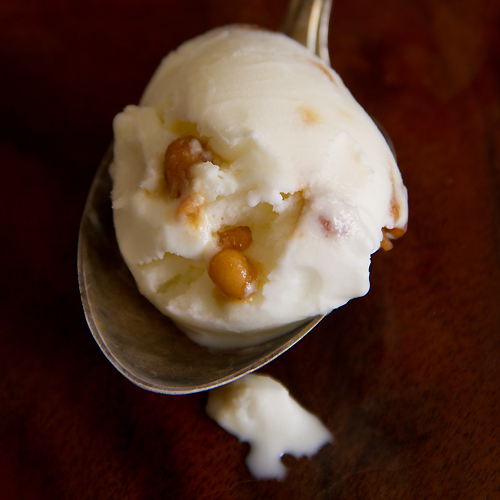