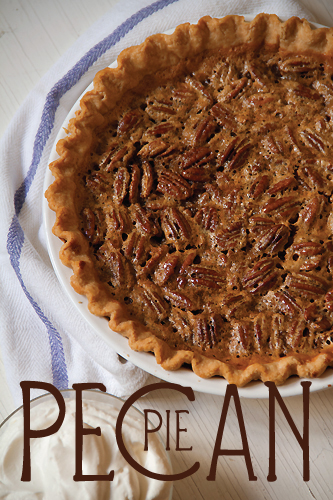 Sure there’s turkey and gravy. Potatoes are well-loved today. Cranberries bring sparkle. Champagne brings pop. But the heart of the meal comes at the end. When you realize just how lucky you are. This is the pie part. The pie from the heart part.

Because pie is an American metaphor. Pecan Pie. Pumpkin Pie. Apple Pie. It’s been a metaphor since someone coined the phrase, “As American as…”

Other countries like pie. Of course they do. But we Americans make pie the emotional center of this day, today.

“Pie is the American synonym of prosperity, and its varying contents the calendar of the changing seasons.” ~ NY Times, 1902

“We must have a pie. Stress cannot exist in the presence of a pie.” ~ David Mamet

“Pie is the food of the heroic. No pie eating nation can ever be vanquished.”  ~NY Times

“We resort, frankly, to pies, which is a comedy staple that’s gone back, I guess, to since the first pie was ever baked.” ~Johnny Carson

“When you die, if you get a choice between going to regular heaven or pie heaven, choose pie heaven. It might be a trick, but if it’s not, mmmmmmmm, boy.” – Jack Handy

“This must be where pies go when they die.” ~ Twin Peaks

Pecan Pie is  my kind of pie. This is how my mother made it. GREG 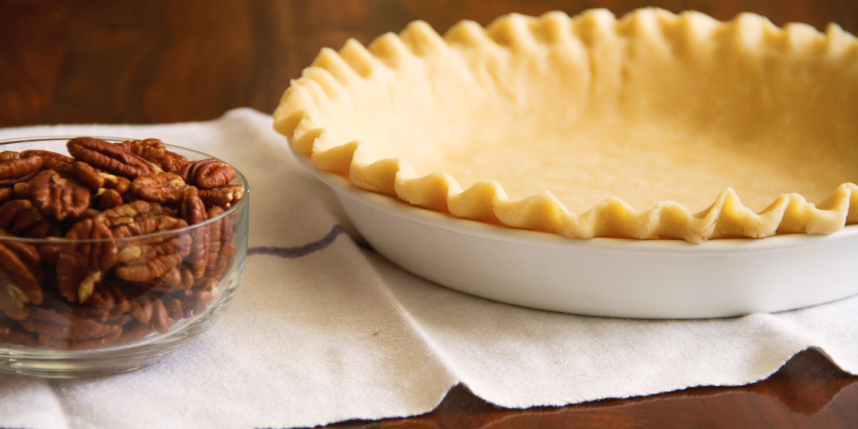 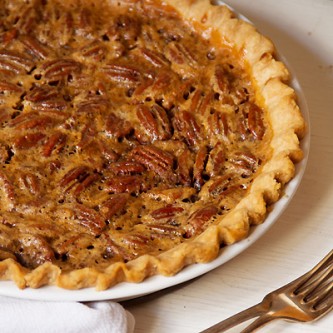 Prepare pie crust recipe (see notes). Divide dough in half, shape into 2 discs about 5‑inches in diameter and 3/4‑inch thick. Wrap in plastic. Refrigerate at least 1 hour (or up to 2 days), or freeze up to 1 month.

On a lightly floured surface use a lightly floured rolling pin to roll out one disc of chilled dough to a 12-inch round, a generous 1/8‑inch thick. Carefully fold dough in half, and slide it onto the rolling pin. Transfer to a 9‑inch pie pan. Unfold the dough, easing it gently into the pie pan; do not stretch the dough.Fold the overhan inder creating a double thick rim. Crimp the edge decoratively with your fingers and use a fork to prick the bottom of the dough in several spots. Refrigerate for 30 minutes. Save second disc of dough for another purpose.

Cover prepared pie shell with parchment, leaving a bit of overhang, and add enough pie weights or dried beans to cover bottom. Bake on center rack for 15 minutes. Remove parchment and weights, and bake and center rack until barely golden, about 5 more minutes. Transfer to a wire rack to cool.

Reduce oven temperature to 350 degrees F. In a small bowl, combine pecans with 1 tablespoon butter and salt. Spread on a baking pan and toast until fragrant, 8 to 10 minutes. Set aside to cool.

Bake on the bottom rack for 20 minutes. Remove foil then continue to bake until the center of the pie feels gelatin-like when pressed with the back of a spoon, about 30 more minutes. Transfer pan to a wire rack to cool. Serve with whipped cream, if desired. 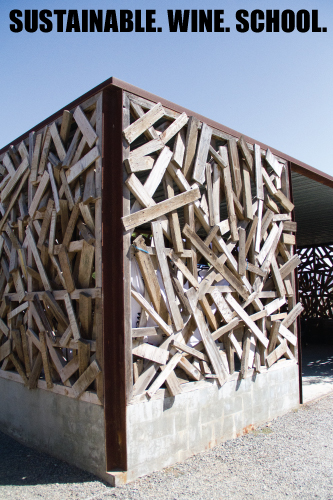 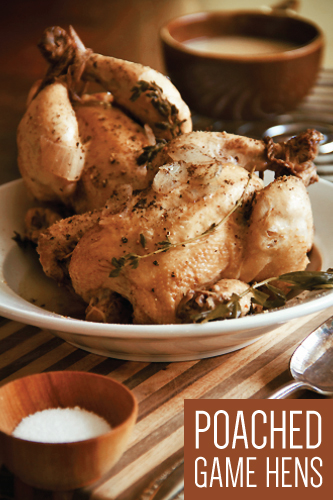