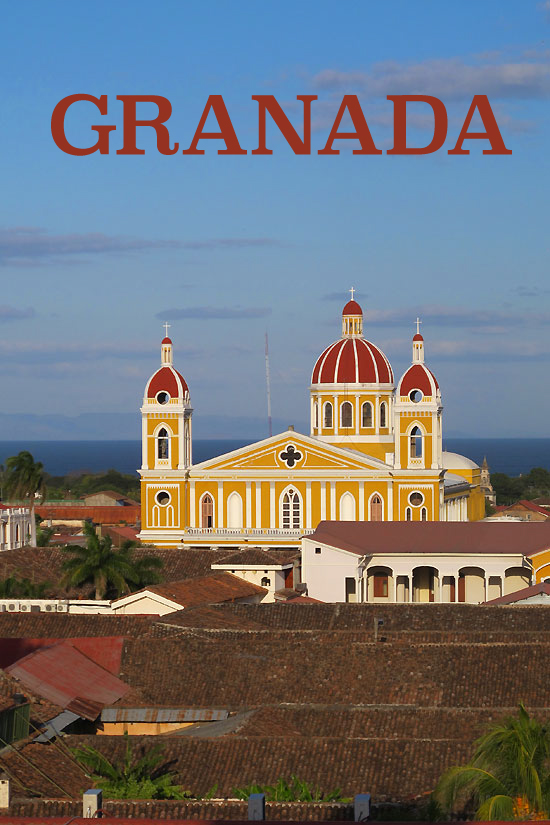 “What’s that?” I think to myself. I’m tempted to get up from my chair, walk across the Parque Central and ask a family of 5 what they’re eating. It must be good, all 5 of them ordered the same thing and all 5 of them picked up their forks simultaneously. There’s only one problem. I’m in Granada, Nicaragua and though it’s spring it’s blazing hot. My table in the park is blessedly shady. A trip across the pavement to inquire about food seems too much even for me. Fortunately, the menu arrives as I’m attempting to form the question in broken Spanish. The menu has photos! The happy Nicaraguan family is eating Vigoron.

Vigoron is ubiquitous on menus across Nicaragua, especially in the city of Granada. Most restaurants carry some version of the dish, but to truly appreciate the joys of Vigoron it’s best enjoyed as street food – right off the big green leaf it’s served on. Whether it’s eaten out of hand and on the run or with a fork in a cool spot in a quiet patch of shade, Nicaraguans love Vigoron: all classes, all creeds, all types. So did I.

This hearty meal started as street food early in the last century and was designed to incorporate simple staples from the Latin American kitchen – yucca, pork, and vinegar – into a stick-to-your-ribs appetite pleaser. The result is a gastronomic collision of savory, sour, spicy flavors mingling with both soft and crunchy textures. The distinct interplay comes from the simple combination of fluffy, starchy yucca and crunchy, meaty pork rind cracklings topped with a piquant slaw of cabbage, chile, and vinegar. Some Nicaraguans insist that true Vigoron must include slices of mimbro, a small, tangy fruit harvested from the banks of Lake Nicaragua. Mimbro is probably impossible to find in the United States, but having tasted it I wonder if thinly sliced cornichons might have nearly the same effect. 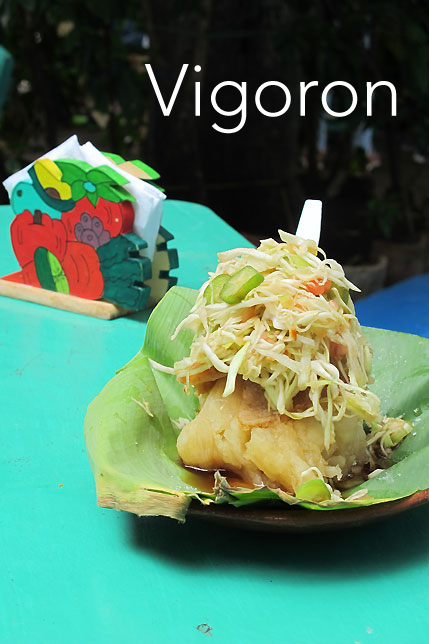 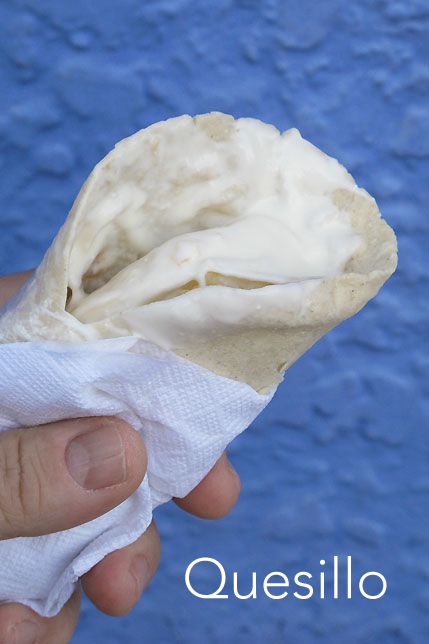 Mimbro or no mimbro, as soon as you arrive in Granada, Nicaragua I suggest you make a plate, or bowl, or leafy cone of Vigoron the first order of the day. It doesn’t matter what time of day it is, this iconic stack of yucca, chicharrones, and slaw can be ordered for breakfast, lunch, or dinner. Granada’s famed Parque Central is cornered in kiosks that serve excellent Vigoron, as well as other Nicaraguan street food favorites like Tostones con Queso (fried plantains with cheese), Nacatamales (Nicaraguan tamales), and Quesillo (thick tortillas stuffed with local cheese and crema). On a hot day, any of these is typically accompanied by a cool glass of Fresco de Cacao (a cool chocolate drink), Chicha (a fermented corn beverage), or an icy serving of sweet and sour Tamarindo. You’ll need the fortification. There’s a lot to see and do in and around beautiful Granada, Nicaragua. 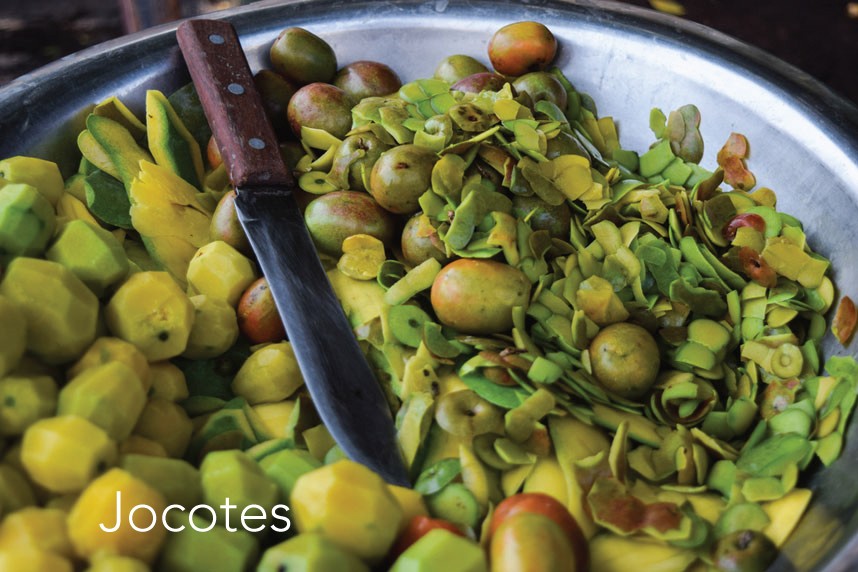 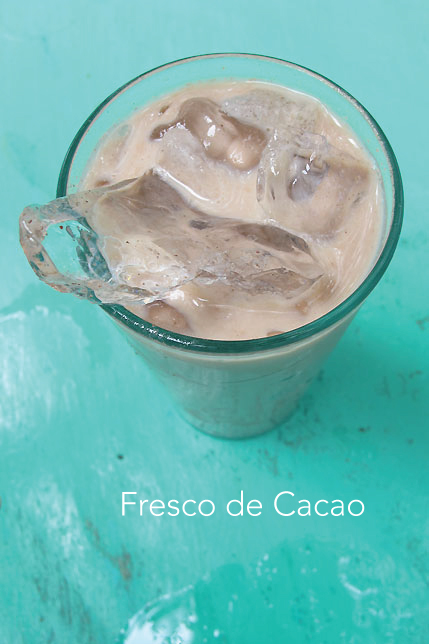 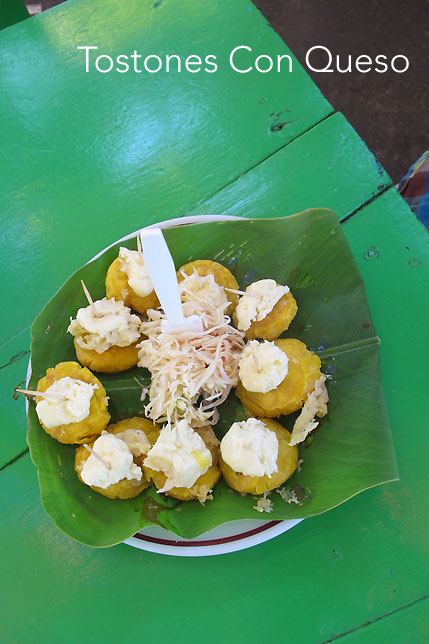 Dubbed “La Gran Sultana” or the “Great Pearl”, Granada is the oldest city in Central America and has been continuously settled for over 500 years. This rich history and architectural beauty have ensured its place as the most developed tourist spot in Nicaragua. Besides wandering around marveling at the architecture, you can take a trip to the nearby isletas, hike to the top of an active volcano, or visit the nearby markets in Masaya. The historical core of the city is small enough to navigate on foot. Most of the bars and restaurants are located around the main square or line the pedestrian-only section of Calle La Calzada – making it a perfect spot for visitors to explore on just about any timetable. 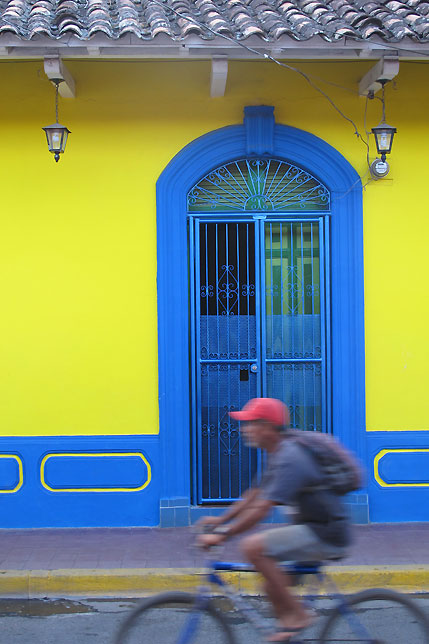 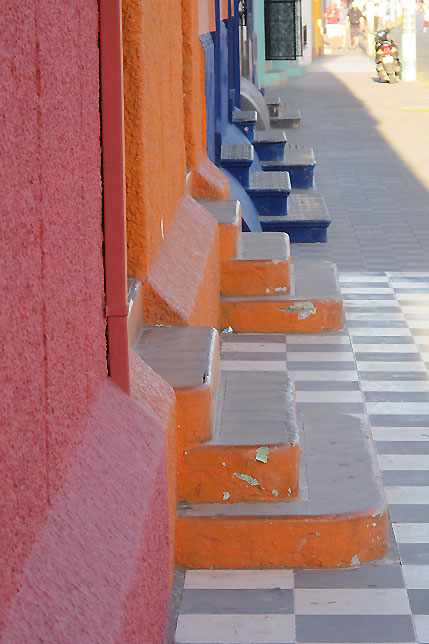 While not quite on the seacoast, Granada is a city with easy access to both the Pacific and the Caribbean. This fluke of geography allowed Granada to essentially act as a well-protected inland “port” for the Spanish. Much of the plundered gold, silver, and other treasure sent back to Spain during the conquest came through Granada. As its ancient influence and importance to Spain grew Granada developed the colonial charm that defines the city to this day. The Parque Central, where I first tasted Vigoron, is as authentically Spanish Colonial as old-world plazas come. Complete with gazebos, fountains, and a looming bright yellow cathedral. From almost any 3rd or 4th floor terrace anywhere near the city center, you can see an unobstructed vista of red tile roofs stretching all the way to the lake. 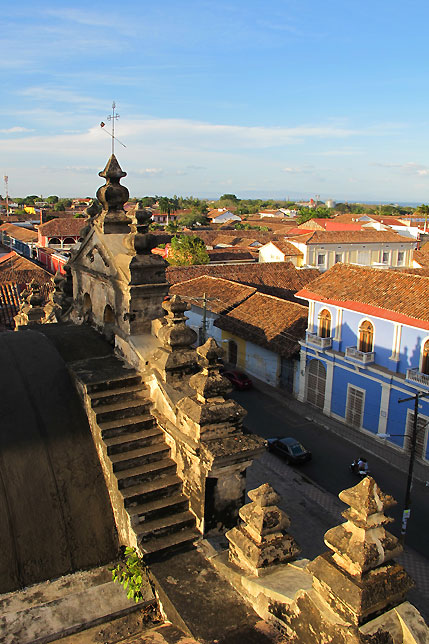 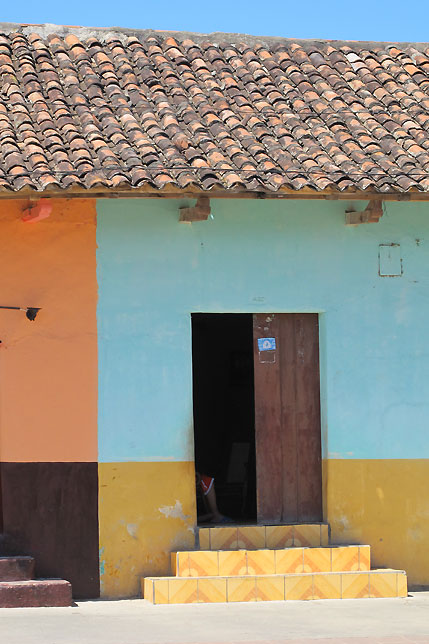 While we did manage to take a boat ride on Lake Nicaragua to dine on the beautiful and very tranquil (totally off the grid) Isleta el Espino, our days and nights in Granada mostly centered around the park as we leisurely popped in and out of the colonial buildings (painted in a myriad of rainbow colors). This is where most of the restaurants, bars, and shops are hidden away in breezy, lushly planted courtyards. Each charmingly unique and the world away from the hustle and heat of the cobblestone-lined streets. The hotel we chose for our stay, Miss Margrit’s, is an example of one of these meticulously renovated colonial buildings. 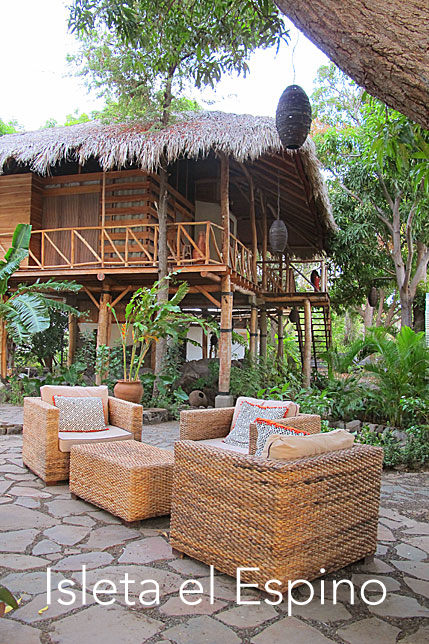 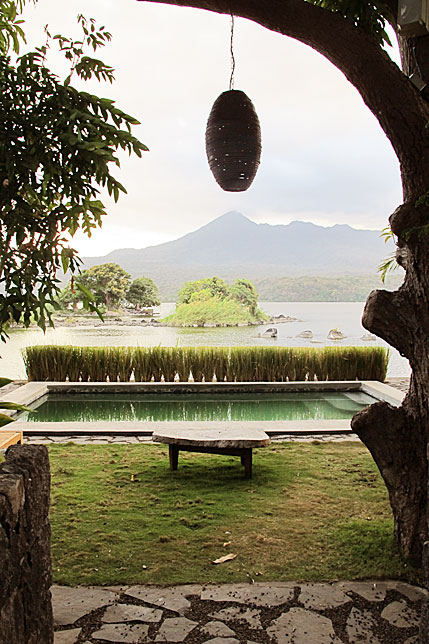 It’s hard to tell from the simple hot pink façade, but Miss Margrit’s is a nearly block-sized colonial home boasting breezy, mission-style rooms with cathedral ceilings, custom woodwork, and hand-painted details – all built around two large courtyards with a tropical garden and swimming pool. There’s something magical about the alfresco lifestyle. During our stay I liked nothing better than to meander the streets after dark watching each family swing wide the doors, allowing the breeze to circulate. Woven rocking chairs would be dragged onto the sidewalk and neighbors would chat or simply sit and sip as the evening cooled. Offering a romantic glimpse into the day-to-day lives of these grand colonial homes. 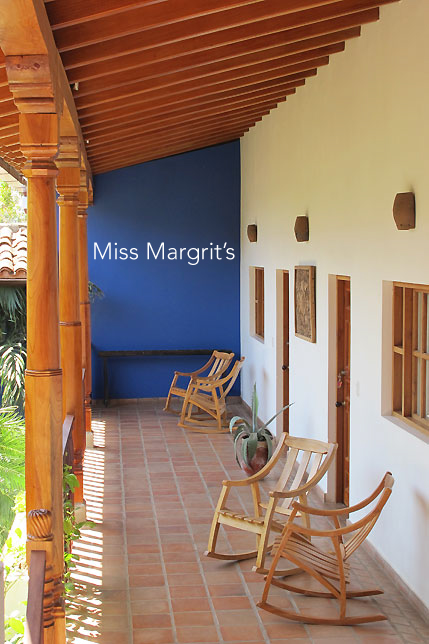 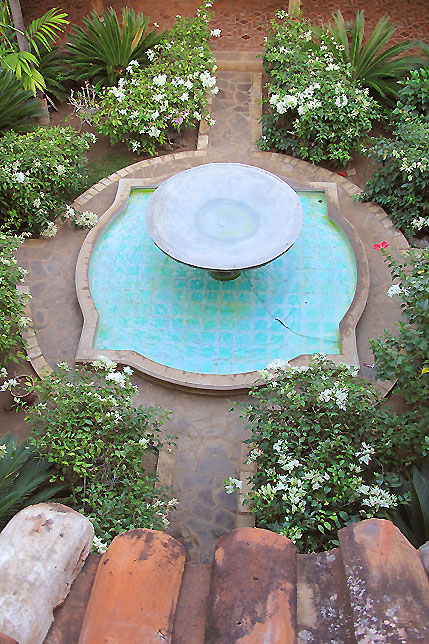 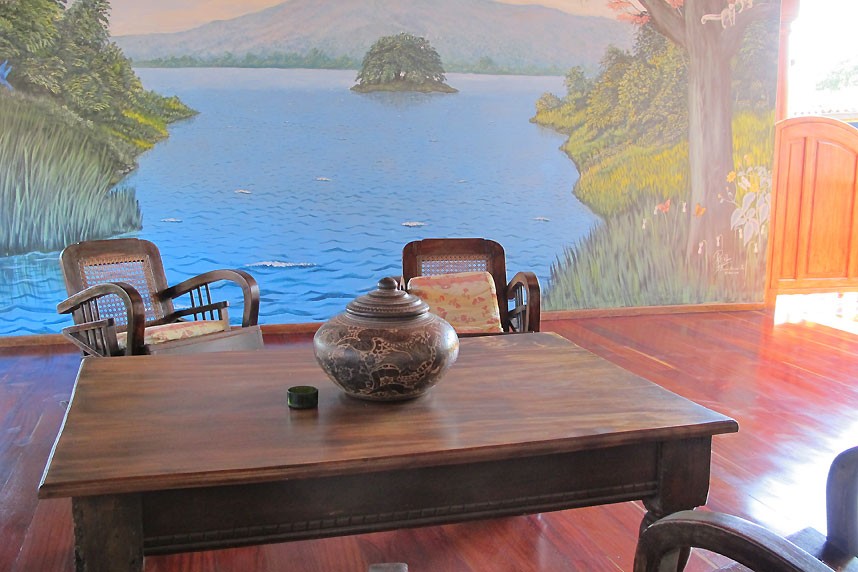 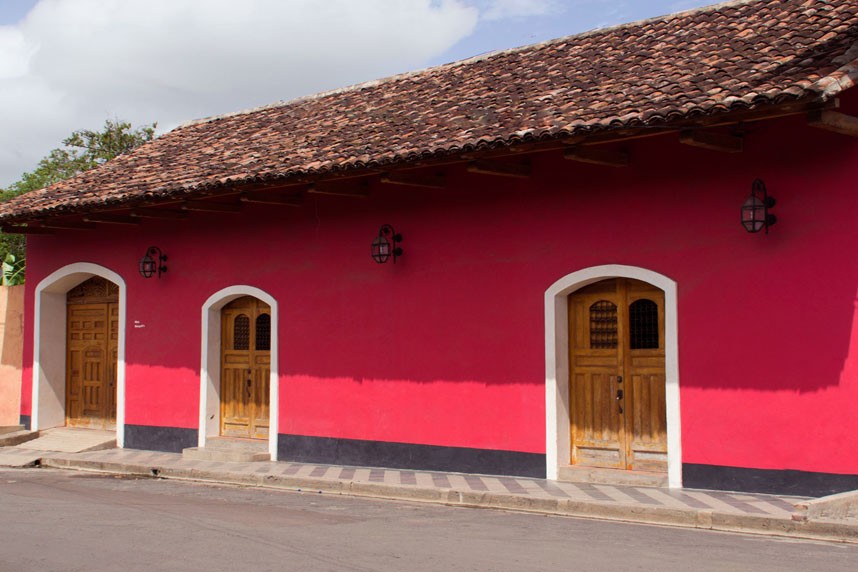 All in all, it’s a charming city where ex-pats and Nicaraguan artists have carved out a simple life that feels like another century. A place where horse and buggy are still a viable source of transportation. Where real workaday folks clip-clop through cobblestones streets hauling goods for sale to the huge Mercado. As for we tourists: in Granada, all you need to do is ignore the fact that the buggies are pulled by horses wearing hats and let the breeze of Lake Nicaragua transport you back in time. Way back. GREG 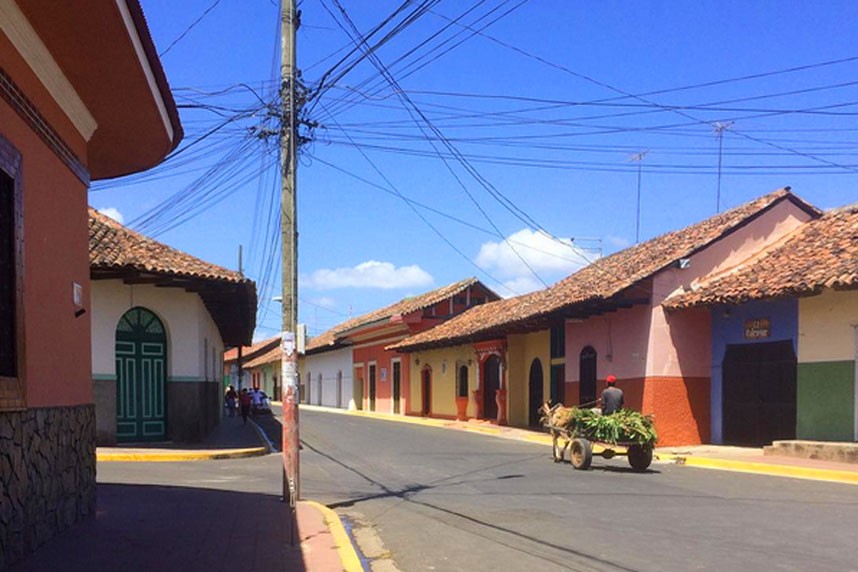 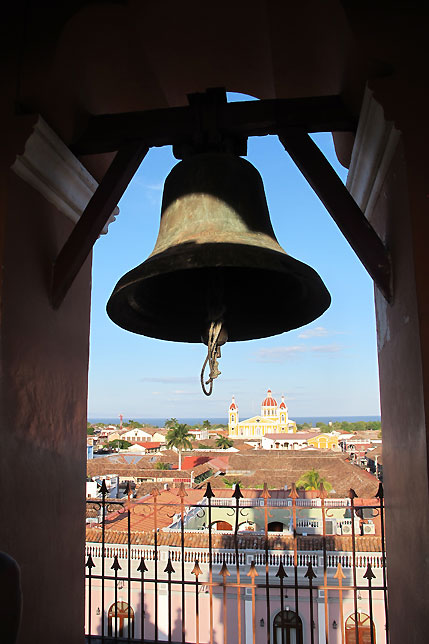 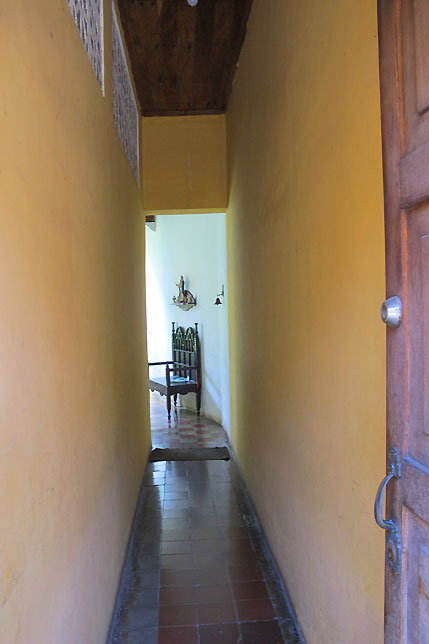 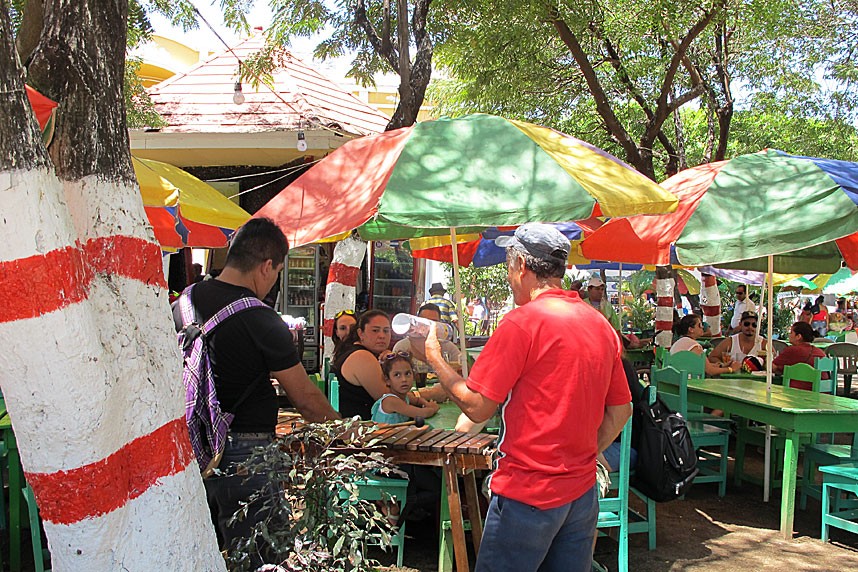 More information can be found at Find It Granada.

Bring the yucca to boil in a large pot with 1 teaspoon of salt; once you’ve got a roiling boil, reduce heat and continue boiling on medium until the yucca is fork-tender (about 20 minutes). Drain and cool. Then, use your fingers or a knife to peel the thick, rope-like vein from the yucca. Set aside.

Bring water to boil in a large pot and immerse the cabbage to blanch for one minute. Drain the cabbage and set aside.

Mix the tomato, onion, vinegar, remaining salt, and lime in a bowl before adding the cabbage. Toss the ingredients well. This is the slaw.

Fry pork belly in oil until dark and crispy.

Place a clean banana leaf on a plate. Arrange yucca atop leaf in finger-sized chunks. Place a handful of pork cracklings on the yucca and finish with a generous helping of slaw, crowning the dish.

Serve immediately with hot sauce on the side. 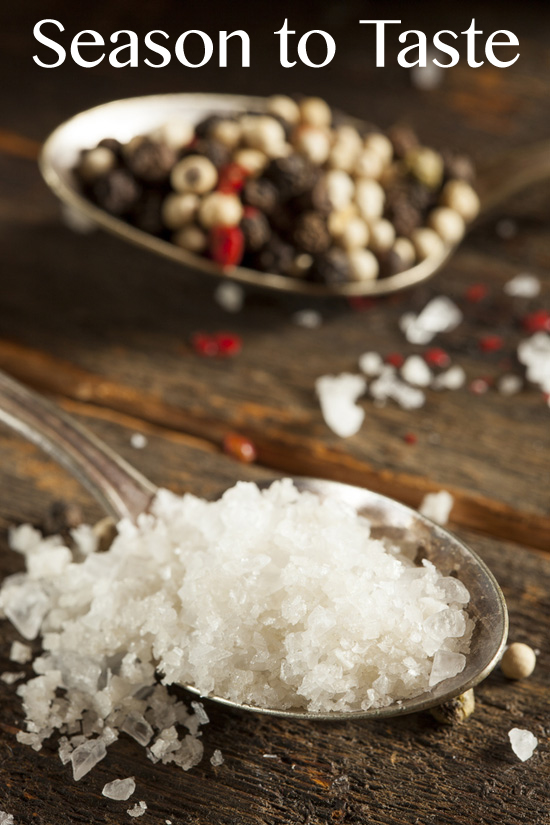 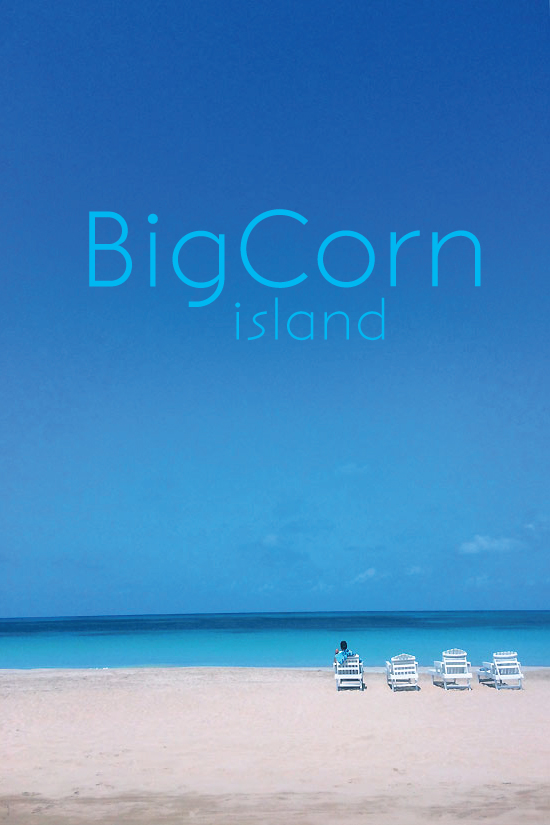 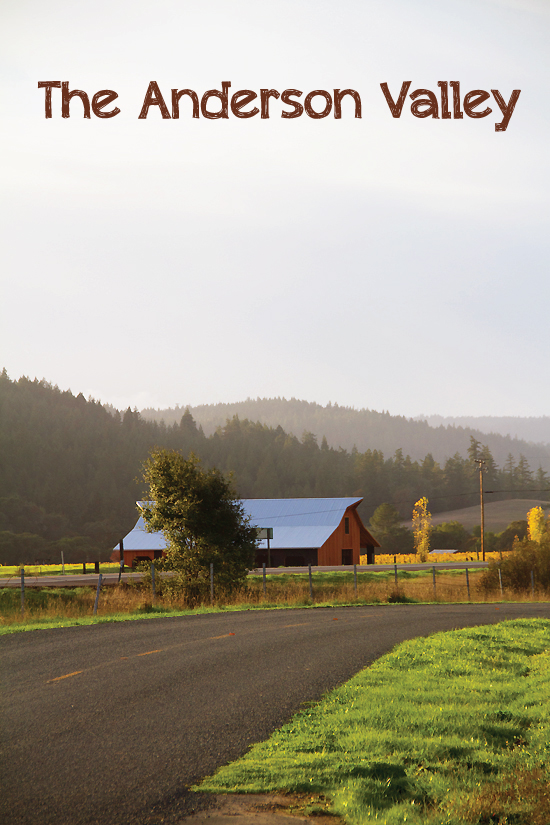