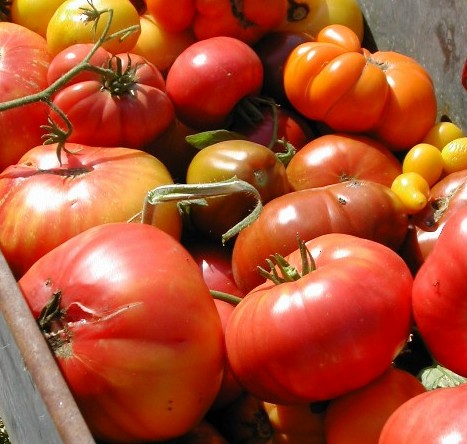 Ripe tomatoes and long hot days always arrive in tandem in our gardens but itâ€™s so nice to have those fresh rewards as the heat gets more difficult to deal with.

No doubt the plants you so lovingly started in the spring are feeling the heat too.   While thatâ€™s as it should be itâ€™s often difficult to watch perfectly green perky plants transform into leggy, somewhat yellowing piles of leaves and stems. Inevitable, yes, but that decline can, in many areas of the country, announce the opportunity of a second growing — and harvesting â€“ season. If you live in the south (SoCal included) and want to extend your season for as long as you can itâ€™s time to get started.

In the garden world the end of the season is a mirror image of the beginning of the spring season. Tomato plants installed in spring at the cusp of the season grow fast and early season varieties will flower in temps that are warming but remain lower and less consistent than those in the summer. They thrive in days that are getting progressively longer. In the summer the temps are optimal at planting time so growth is not a problem but that soon changes as fall arrives and temps begin to go down. What we hope to do is time the planting so that those mid-range temps last long enough to host a good harvest on both ends of the season. 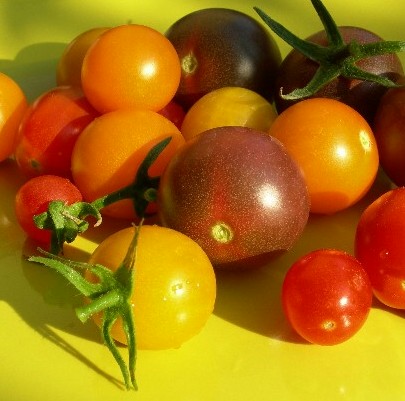 The simplest way to jumpstart your fall season is to reinvigorate your existing plants. While this is not always 100% successful itâ€™s perhaps the quickest and easiest route if you can make it happen. Larger varieties that have yielded well may surprise you with a successful last push but youâ€™ll generally be most successful urging on the short season varieties. (Voila! Yet ANOTHER reason to plant early tomatoes!)
You remember those right? Early Girl, Stupice (our 2009 Derby winner), Jenny, Champion, Matina, Oregon Spring, Manitoba, etc. Yes, Early Girl (and friends) can perform well in the garden late in the season. The key to the success of this group is that they will flower and fruit in cooler temperatures.
Ok, so back to the kickstart and those large plants. Chop the top off. Thatâ€™s right.  Take half the plant right off the top. If the plant is really large cut off more. All that should remain is a two foot base. Leave any new smaller leaf growth on the plant but remove leaves and growth thatâ€™s yellowed or tired. If the plant is huge and you have lots of heavy stems at the base remove some of those as well. Youâ€™re trying to concentrate the energy of the plant so thatâ€™s best. Some green is necessary so the plant can feed itself and get back on track so be sure not to remove all the leaves.
The first step in this renaissance is more green growth. (Youâ€™re truly returning to beginning-of-the-season tactics) Soak the plant well with a high nitrogen liquid fertilizer like fish emulsion or kelp liquid. Youâ€™ll dilute the concentrate with water per the directions and soak the ground or the container thoroughly.   Repeat that the next three times you water.
After the third time and a week or so goes by apply a fully balanced veggie fertilizer. Fertilizing more in the fall speeds up plant growth and the flowering.cycle. You want that at this time of the year so fertilize every 14 days. If you see quick green growth (and you should) youâ€™re on your way. Mulch around the plant or at the top of the container with a rich compost mix for an extra push of great nutrients.
Planting sturdy new seedlings is an obvious strategy for the fall season and they can be found in many nurseries right now. The truly good retailers will have a large selection of the early varieties. 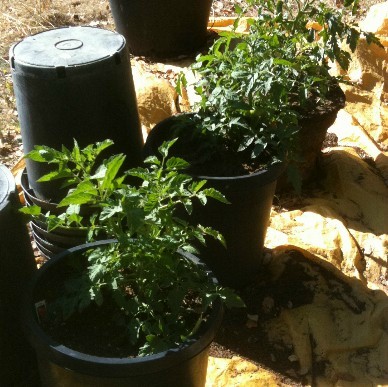 Another way to get started would be to make your own seedlings from cuttings. Itâ€™s a bit late now but if you get a jump on this whole exercise next summer you can take cuttings of your existing healthy plants, soak those stems in water for a week to start new root growth and then plant those out. Layering is the same idea but happens in the garden. At midseason bury the stem of one of those rangy side branches that are everywhere as the plant grows. Roots will grow on the buried section and you can soon cut it from the mother plant and site it where you want to for the fall season.
As you do all of the above pay attention to the site of your second season garden, taking note of stretching shadows that may interrupt valuable sunshine in the fall and early winter. Containers might be moved in some gardens for best results. Have a light colored south facing wall handy?
Give it a go this year and good luck! Suddenly Iâ€™m having a huge sense of dÃ©jÃ  vu. How wonderful!
For our friends on the east coast, condolences on your challenging season. Late blight has severely limited tomato harvests, championed by cooler temps and LOTS of rain. We know some of you are still having success and weâ€™re so happy about that. For the rest of you, thereâ€™s always next year so hang in there!
SCOTT DAIGRE 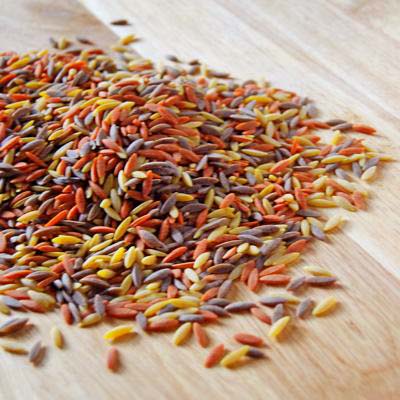 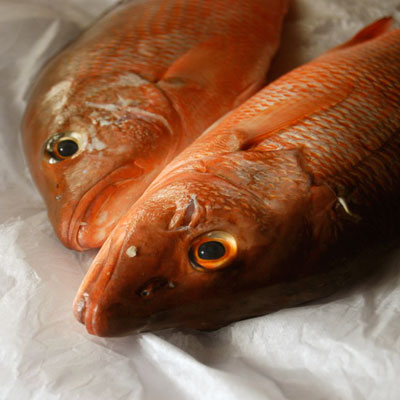 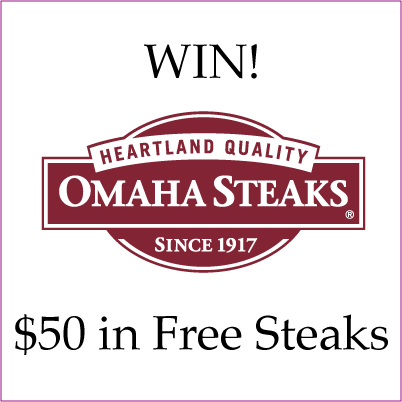