TomatoMania- An Update From Sup! 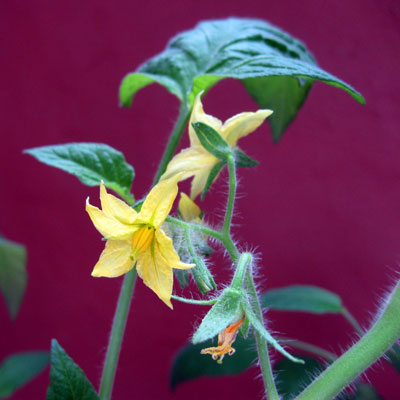 Here we are. Another ManiacMonday. You have come here for your weekly fix of TomatoMania. In fact you may be expecting more great advice from Scott on growing these perfect jewels of summer. But we are giving him a week off.

You also may have been expecting me to post Sups! version of one of the contest winning recipes today. But in truth, I am dragging my feet a little bit because I know those great tomatoes of summer are right around the corner. I figure with just a little more patience I can make these recipes using the very best tomatoes. Maybe even tomatoes from my own backyard!

So I am choosing this Monday to give you an update on my tomatoes. Which have not only started to flower, but they are beginning to fruit as well.

As I have mentioned in weeks past am growing my tomatoes in pots because I do not get a lot of sun in my yard.  But that has not stopped my little seedling from growing HUGE!

I think I am having so much success because Scott helped me pick varieties suited to my conditions. 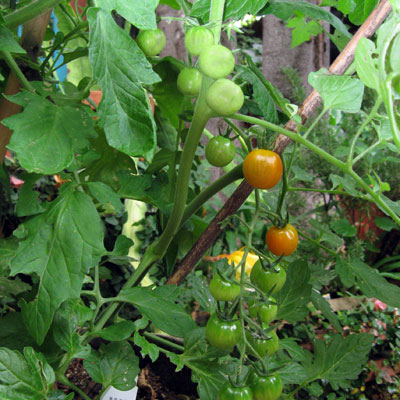 He steered me to smaller, more compactly shaped plants that fruit early. He suggested for best reliability without tons of sun Matina (Heirloom) and 4th of July (Hybrid).  Both are short season plants, which means they will flower and fruit successfully in cooler temps.  Plus they fruit FAST. Both of them have lots of little green tomatoes hanging all over them.

I also have a “black” tomato variety called Nyagous (Heirloom).  The plant is the largest of any that I am growing though it has fewer fruits on than some of the others, but these fruits are getting quite large.

I also have a variety called Margo (Hybrid).  It is described as “easy-to-grow” and needs less support than other varieties. Which is turning out to be quite true. But it does seem to be lagging behind a bit. It is covered with flowers but not sizeable fruit yet. 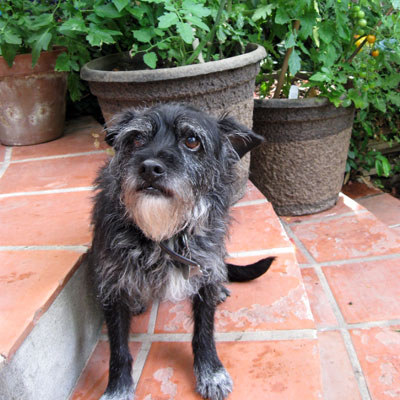 Which brings me to the clear leader in my crop this year: Jenny (Hybrid).  Jenny is covered with trusses of 15–20 very small tomatoes. But they are already turning orange!

I hope the squirrels stay away from Jenny now that she is starting to ripen. I have Mogli (my dog) on patrol out there all day. He seems to be doing a good job of keeping those critters at bay. Let’s hope he doesn’t fall sleep on the job!