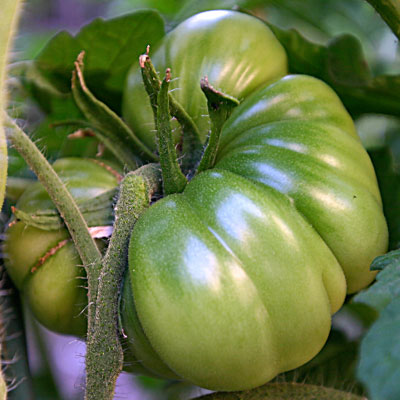 As you may know I am right in the middle of my tribute to mustard. As long as the hills near my house are bursting out golden-yellow from the blooms of wild mustard plants, then I am posting mustard ideas.

But it is Maniac Monday so I will divert momentarily so that all you TomatoManiacs can get your weekly fix of tomato info.

Tomorrow it’s back to the business of mustard with something everybody can love. Grilled Cheese (with mustard)!

Scott Daigre is off to another TomatoMania event and will be back with more growing tips next Monday. But I am going to use this time to tease you with a tomato contest we will soon be announcing. More on that very soon…

I also want to give you a little background about the tomato from a culinary standpoint!

Despite its firm place in European cooking the tomato has it’s origins in the Americas. It was cultivated by the Aztecs and was an important part of their diet as far back as 700AD.

It was brought back to Spain by merchant vessels. Though the British deemed the fruit “poisonous”, it quickly caught on culinarily throughout Southern Europe where growing conditions were ideal. 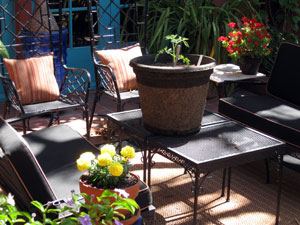 Jenny Tomato Starts Her Journey at My HouseTomatoes are a relatively new food in the United States. It was not until the Civil War that American cooks and gardeners began to embrace the tomato. As with so many other things. Once we found out what we were missing, we jumped right in with both feet. Tomatoes now find their way into American bellies at a rate of 12 million tons each year. Can you even get your mind around that fact?

We got to the stunning number through the advent of modern canning methods. The canning of tomatoes was first documented in 1847 but was, as were most things at that time, done by hand. After 1890 mechanized peeling tables were put into use. But the process was slow, arduous and costly.

Juice extractors were invented in the 1920’s. Making canned tomato juice inexpensive enough to be brought to mass market.

But it was a young entrepreneur named Joseph Campbell who came up with a process to get canned tomatoes to market. After that he went on to make massive millions with his soup company Campbell’s.  This is when America’s love affair with the tomato began.

At that time fresh tomatoes were more difficult to provide to the mass market than canned. They bruised easily, they spoiled quickly, and were very fragile. So many urban Americans were most familiar with the fruit (though they would have deemed it a vegetable) in it’s canned variety.

Rural communities had access to good fresh tomatoes, but city dwellers were tomato challenged. Seeing a niche in the market people began to develop hybrids that were uniform, thick skinned, and able to be picked green then induced to ripen with the application of an ethylene spray. But most importantly these hybrids would travel well.

Soon the ubiquitous grocery store tomato was born. Flavor and texture was compromised to get a shippable product. But the non-farming customer was unaware of any other alternative and embraced these tomato hybrids.

By the 1980’s however, Foodies began to emerge. They were sophisticated enough about food that they began to demand a “better” tomato.

A project was begun by a company called Calgene Fresh, Inc. They used biotechnology to tweak the tomato genetics. They found they could “inactivate the gene responsible for softening the tomato during ripening process”. This allowed growers to let the tomatoes turn red on the vine with out getting too mushy to ship to stores.

They announced to the world that the practice of picking tomatoes green was no longer necessary and the world could rejoice! They called this hybrid cultivar Flavr Savr. A marketing genius was certainly responsible for that ridiculous name!

This “tomato” hit the produce sections of stores about 1993. It was crunchy!

You’ll be glad to know it was a disaster from the very beginning.

Agro-Industry executives did not account for the fact that food consumers were beginning to ask questions about what they were eating. Genetically altered foods came under suspicion. The Agro-Industry failed to anticipate the backlash over this new technology when applied to human food. The Flavr Savr disappeared as quickly as it surfaced. Never to be seen again.

In its place serious food-lovers have started to clamor for locally harvested, great tasting tomatoes. Hence the popularity of the very old varieties of spectacularly diverse, and marvelously tasty tomatoes; we call these heirlooms.

There is a lot of information about heirlooms. Much more than I am able to talk about. So I’ll save all of that for the expert Scott Daigre to discuss with you sometime soon.

As for me, my tomatoes are in their pots, reaching for the little amount of sun I have. I posted my tomato choices already, but Scott sent me over a new one I did not mention. So I’ll put it on record here. I am also growing an orange-colored cherry variety called Jenny. It should make trusses of 25–50 very small brilliantly orange tomatoes. They will be “sugary sweet” and I can hardly wait the 65 days til I expect harvest!

Don’t forget to check back about the contest. The lucky “winners” will get hoards of new readers flocking to their blogs! For now I am going to keep that as a little secret Sup knows but you don’t!