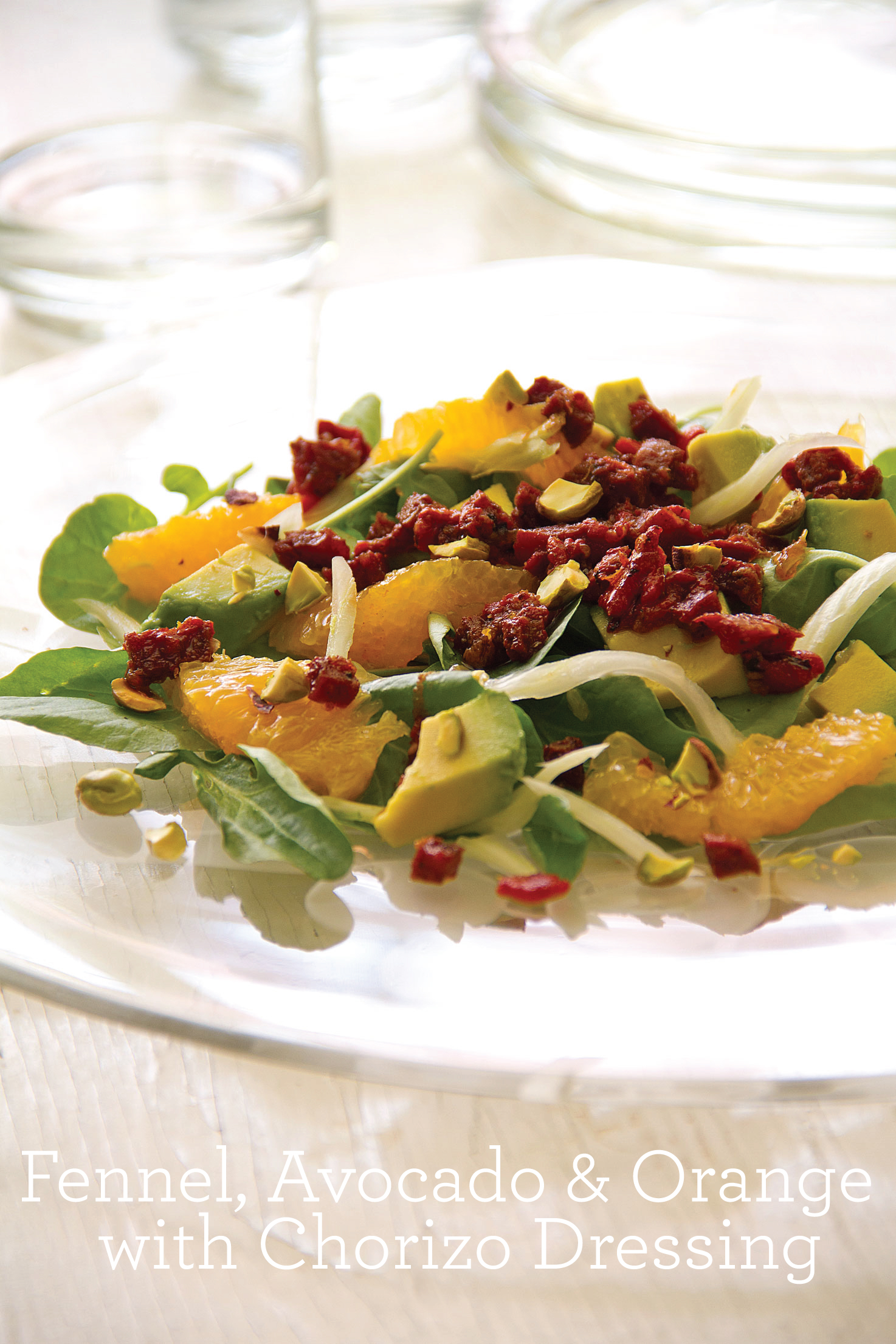 I mentioned in my last post that this is the summer of salad at my house but I didn’t really say why. Perhaps you thought there was no need to explain. After all, summer salads aren’t unique to my house. I bet you eat a lot of summer salads too. That’s because summer salads have a lot going for them. They can be as colorful and as playful as the season – making them a lot of fun to eat. Besides, summer salads are the best way I know to enjoy the bounty of the season with just a little effort.

These are all good reasons for any or all of us to make this the summer of salad too. However, the main reason I’ve been turning to summer salads so reliably this year is because most of them can be made ahead of time and easily brought to the table at dinner time. Even if the cook has flown the coop.

I’m the cook in my house and I’ve been flying the coop several times a week this summer.

You see, my partner’s mother moved in with us this year. This is our first summer as a newly arranged family and I want her to eat well and of course enjoy what she eats. Which means I chose to make healthfully delicious meals I know she would enjoy. However, if you’ve ever been a caregiver to an elderly family member struggling with dementia then you know, as much as you love this person you simply have to get away and spend some time alone. Ken and I sneak away one afternoon and two evenings a week to simply be together “just the two of us”. After all, we’ve spent 26 years as “just the two of us” and it’s a hard habit to break. These are the days I make summer salads.

I’ll admit that sometimes the “sneaking away” makes me feel guilty. But don’t get me wrong, we have a perfectly qualified, perfectly wonderful woman who comes in to lend a hand while we’re out. Still, all these summer salads you’ve been seeing are actually my guilty penance.

Today’s absolution is a summer salad of Fennel, Avocado, Orange, and Chorizo. It’s a juicy combination of fresh Spanish flavors tossed with watercress and dressed up with bright, fresh orange segments. It’s topped with an unusual dressing made with diced and fried Spanish chorizo. I figure with a salad like this on the table my MIL won’t even notice we’re gone! GREG

Quick kitchen tip:  This recipe calls for “supreming” or “segmenting” the orange. For a lot of years, I resisted learning the proper technique for pithless citrus segments. I figured hand peeling and separating each segment worked just fine. I was wrong. “supreming” or “segmenting” citrus is actually very simple: Using a very sharp knife, cut off the top and the bottom of the fruit, so it will sit flat on your cutting board. Starting where you see the fruit separate from the white pith, cut away one section of peel and pith, beginning at the top and following the curve down. This will expose the underlying fruit. Continue cutting away sections of the peel and pith until only the “meat” of the fruit remains. Then, carefully cut out each section of the fruit by using the knife to slice between the flesh and the membrane on both sides. The wedges should come out easily, leaving only the membrane intact. 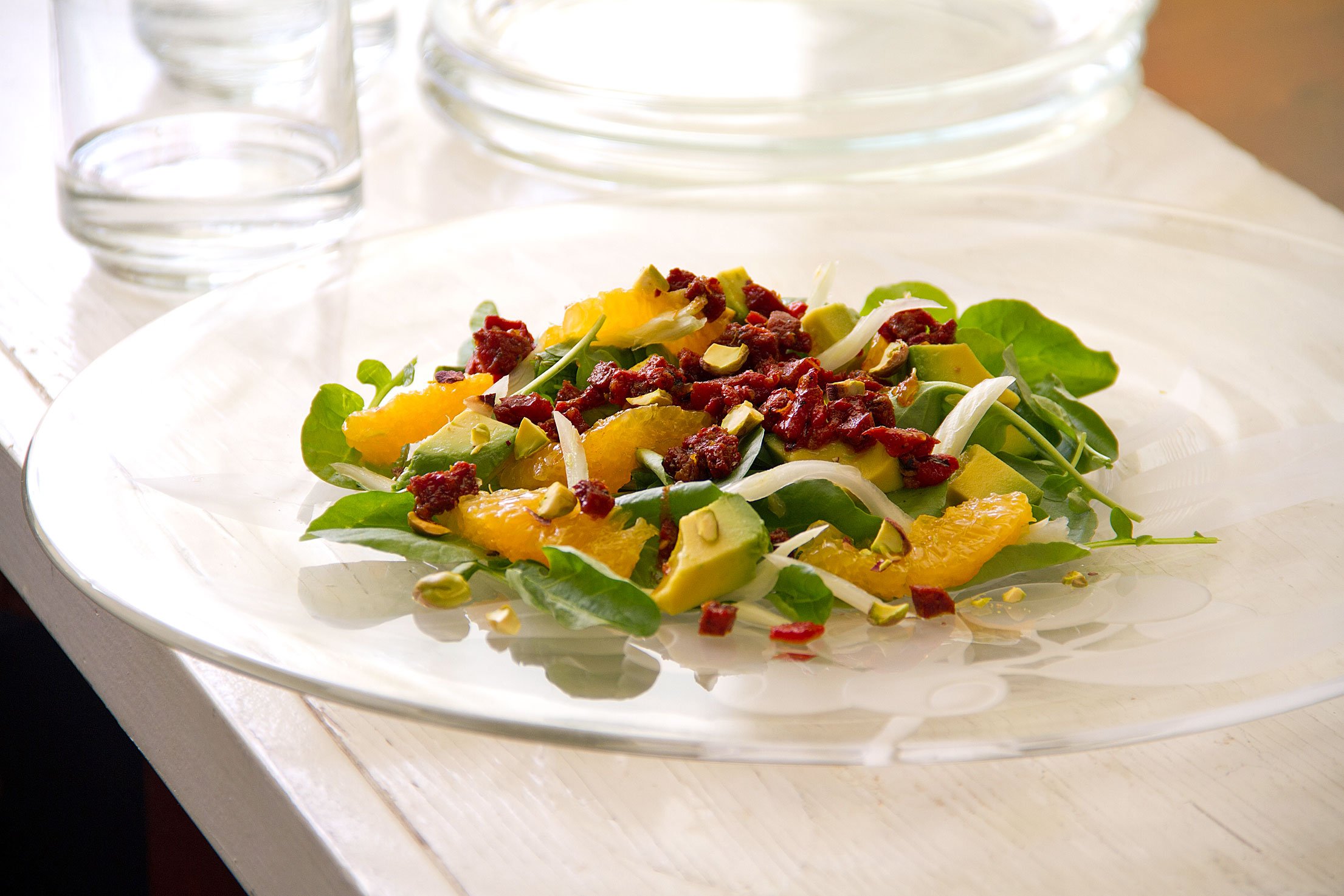 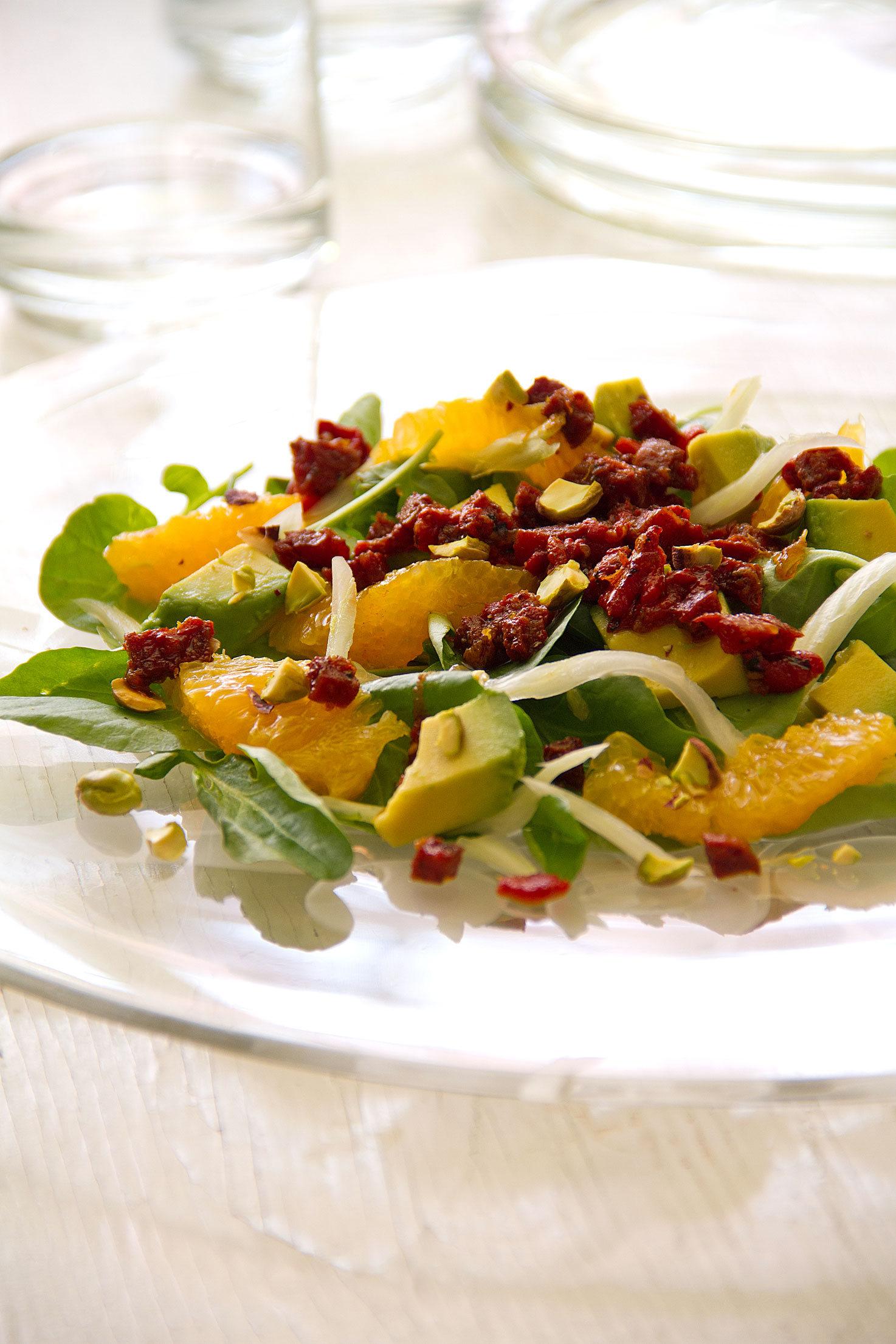 Quarter, core and thinly slice the fennel bulb into slivers. Place the slivers into a bowl of ice water to crisp. Set aside.

Meanwhile, working over a bowl to catch the juice, peel and cut the oranges into pithless segments. Place the segments into the large bowl with the watercress and avocados; set aside.

Place the diced chorizo into a large, cold cast iron or heavy-bottomed skillet. Set the skillet over medium heat and cook the chorizo, stirring often, until the fat is rendered and the chorizo is well-browned and crisp; about 10 minutes. Remove from heat and let cool a few minutes then add about 4 tablespoons of the retained orange juice, orange zest, vinegar, oil, and peppers to make the dressing. Season well with salt and pepper. Set aside.

Drain and dry the fennel and combine it with the watercress, avocado, and orange segments; toss to combine. Turn the salad out onto a serving plate, pile the fried chorizo on top of the salad, making sure to include plenty of the liquid to dress the salad. Garnish with pistachios and serve. 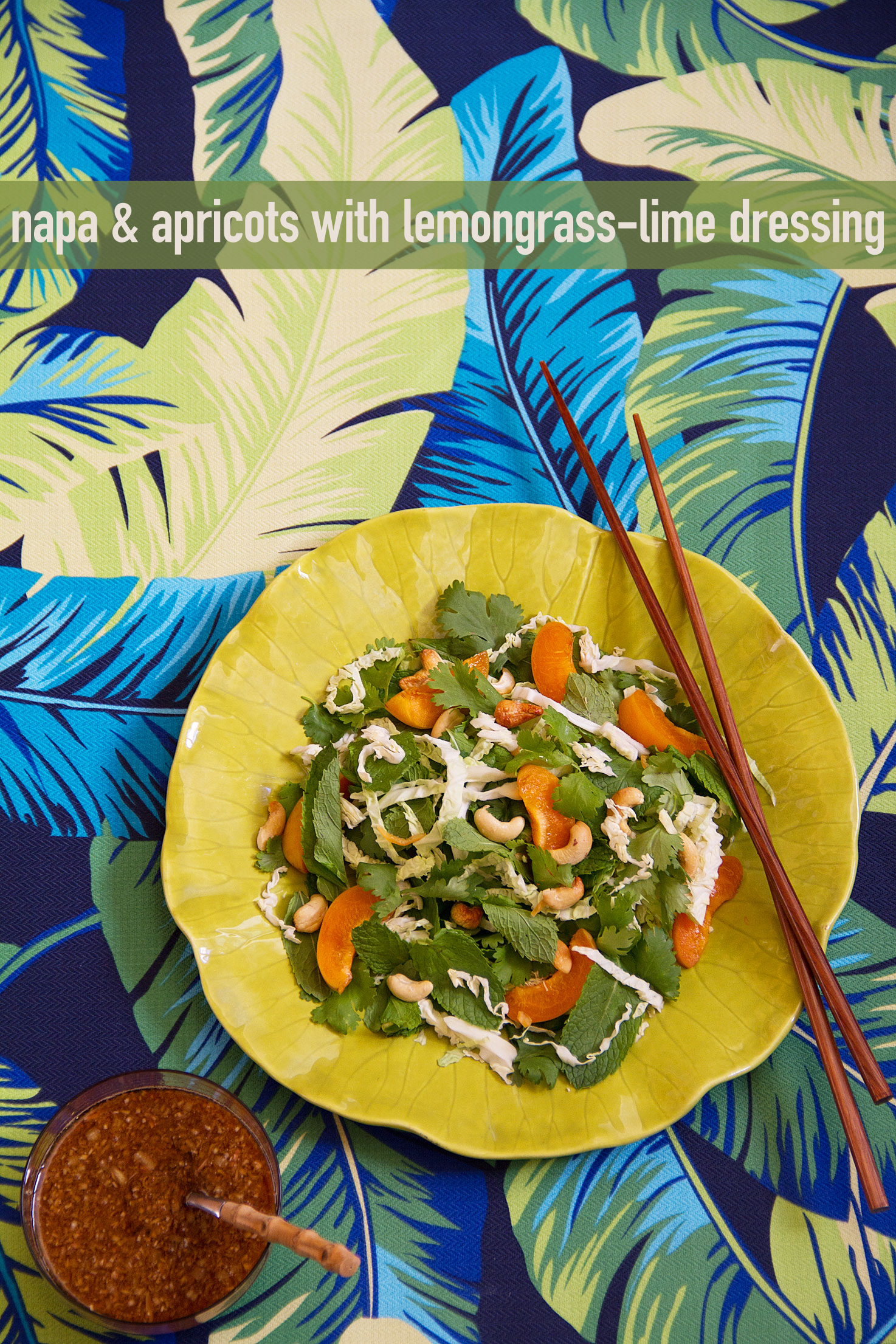 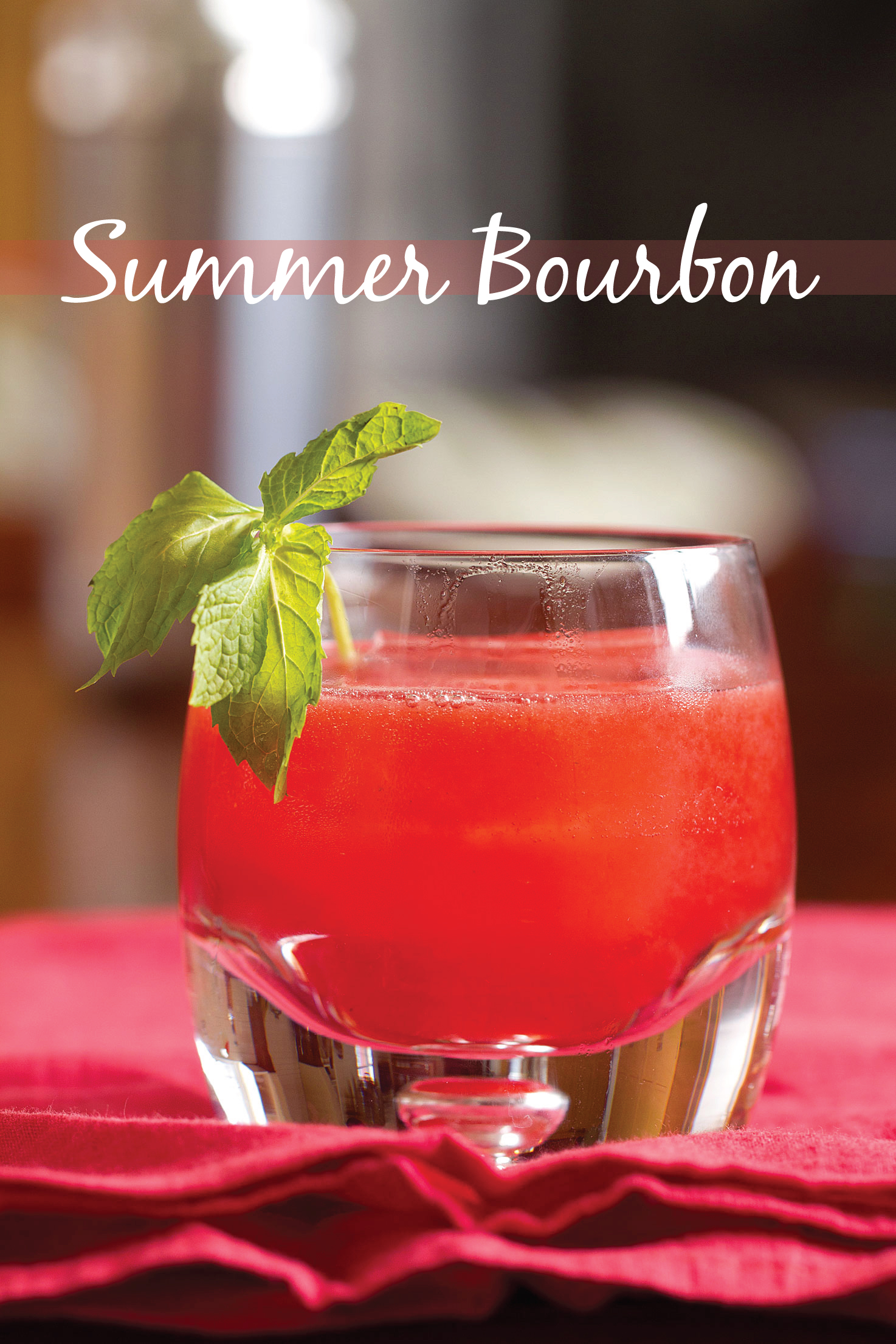