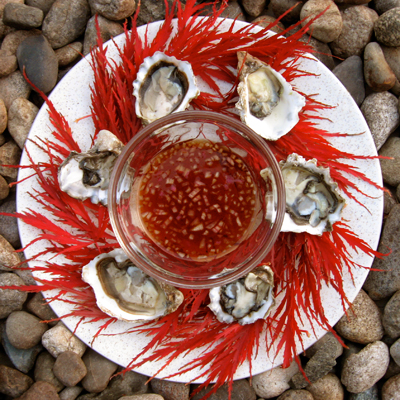 Do you read SpinachTiger? If not you should. Her blog is sophisticated, witty and honest.

These are great reasons to read her blog 364 days a year. But there is the 365th day and on that day there is an even more compelling reason to make the time to go there.

Tuesday, December 1 is World AIDS Day. Angela at SpinachTiger is asking us to Cook Red To Remember.

Now, I am going to say something that may seem controversial. I am a gay man, old enough to remember the shell-shocked days of the early epidemic. I don’t need a special day to remember the death, the sadness or the fear.

So when I hear about these special days set aside for remembrance there is a part of me that bristles up and thinks, “what about every other day in the year?” It sometimes almost offends me that one day a year needs to be set aside so we can “remember” that 40 million people are living with HIV/AIDS and there is still no cure. 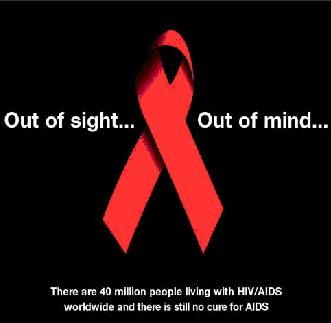 But then Angela comes along and shares her story. It reminds me that there are people out there who remember quietly. There are people who grieve privately. A person like me might think, what does she know about that time?

Well, shame on me! Because the numbers are still so staggering that it is hard to find someone who is not affected by this tragedy in one way or another. I need this special day to let loose a little of the anger and just remember that for every one of those 40 million people, and for every one of the other men, women, and children who have died, there are countless others who are also affected. People like Anglea who remember every day that this tragedy is felt by every man, woman, and child on this planet.

Angela tells her story far more poignantly than I ever could. I suggest you take a moment and read about her grief, because as hard as it might be, the telling of these stories is important.

As for my own story, I often say, “AIDS missed me, I don’t know how”. But the truth is AIDS has missed none of us and we need to remember that. 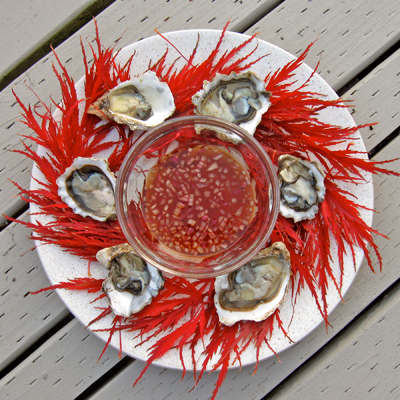 I have Oysters with a Red Mignonette. Because I wanted to show you how simple it is to Cook Red To Remember. I’ll be back on Tuesday with something else red. Until then keep remembering.

In a small bowl, combine vinegar, olive oil, shallots, white and red pepper and salt and whisk to blend. Spoon atop oysters or serve alongside 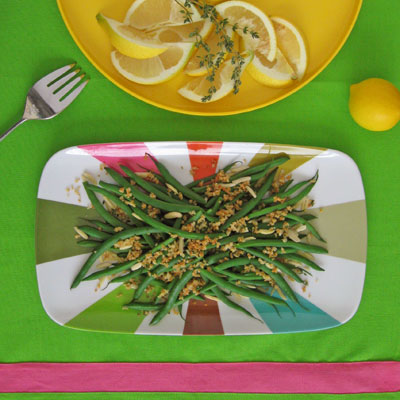 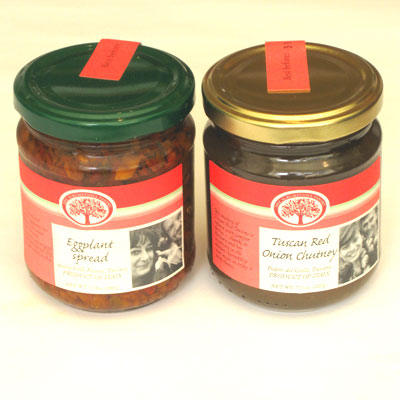