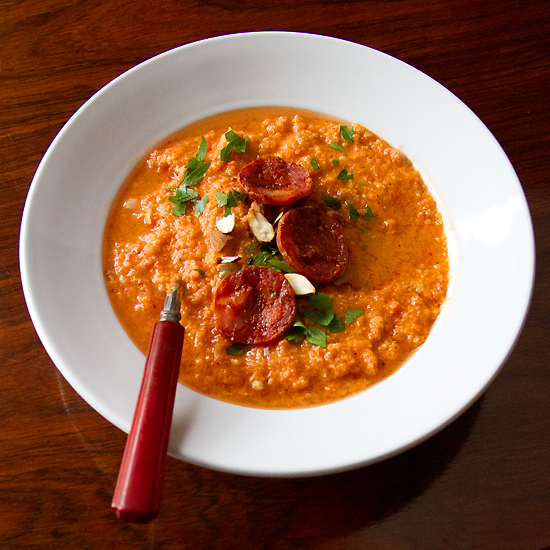 This spicy, Smoky Gazpacho has all the bright acidity you would expect to find in a classic bowl of gazpacho. But it also has the darker, more primitive quality of something touched by smoke. 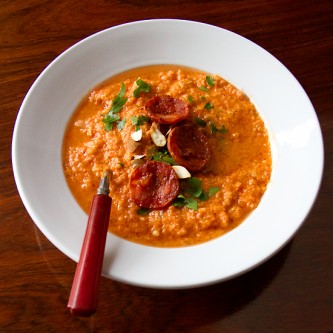 Roast the peppers: Char the bell pepper and Fresno chile by laying them, one at a time, directly over a gas flame, turning occasionally with tongs until blackened on all sides. Place them in a medium bowl, and cover with plastic wrap, set aside until cool; rub off the blackened skin, remove stems and seeds, then roughly chop them.

Prepare the gazpacho: Place roasted red bell pepper, roasted fresno chile, tomatoes and their juice, cucumber, onion, half the smoked almonds, bread, sherry vinegar, garlic, smoked paprika, smoked salt and pepper in a blender. Process until as smooth as you like, adding a splash of water if necessary to achieve the proper consistency. It should move freely in the blender, but not be watery (add one ingredient at a time and blend thoroughly before adding another if all the ingredients don’t initially fit).

Once all the ingredients are smooth, drizzle in the olive oil with the machine running until fully incorporated and emulsified.

Taste and adjust the seasoning. Refrigerate at least 2 hours to allow the flavors to come together.

To serve: Just before serving, Heat a large cast iron or non-stick skillet over medium-high heat. Add the chorizo slices and cook until they begin to curl at the edges and brown. Flip them over and cook until browned on the other side. 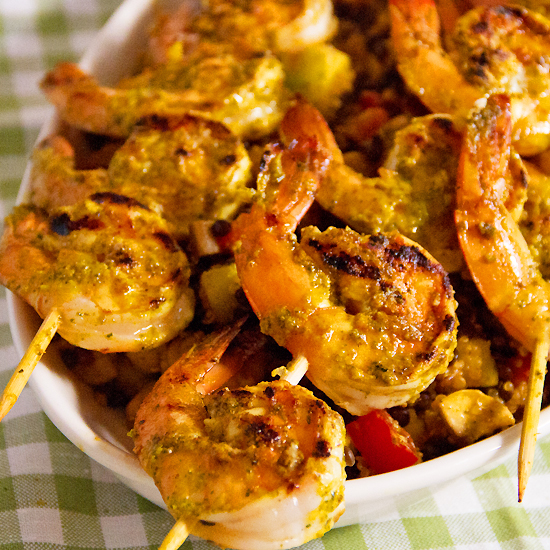 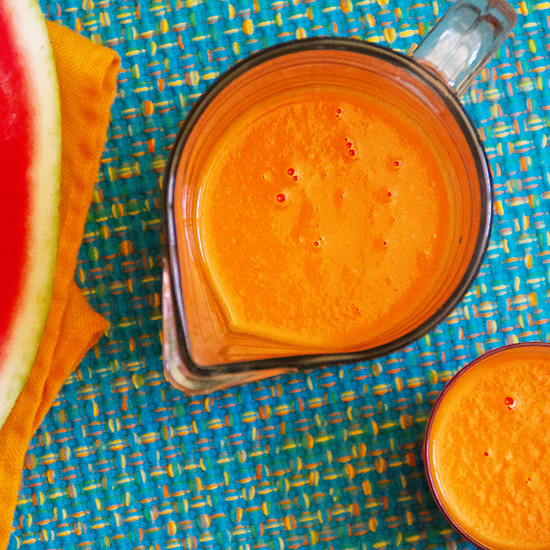