Roasted Pears with Balsamic Glaze is a sophisticated dessert that’s not too sweet.

Working from the bottom, remove the core of each pear by cutting out a pointed cylinder shape with a paring knife. Remove just enough to get the core, leaving the stem end in tact. Slice a small disc off the bottom of each cored pear so that it sit upright.

Adjust the oven rack to the middle position and preheat the oven to 400 degrees. Have ready a roasting pan or baking dish that will just barely accommodate the pear sitting upright side by side, close but not touching. Using too large a pan will cause the sauce to scorch.

Place the butter in the pan and place on the middle rack until melted, about 3 minutes. Remove from the oven and arrange the pears, standing up, in the butter. Roast the pears in the middle of the oven until almost tender, about 15- 25 minutes, depending on the ripeness and size of the pears.

Drizzle the vinegar over the pears and roast for 5 more minutes.

Immediately transfer the pears, to serving plates. Pour any of the pan juices into a small sauce pan, add the apple juice. Cook, stirring often over medium heat, until the sauce reduces by about ⅓ and becomes a bit syrupy. Add additional balsamic to taste to adjust acidity if needed. There should be a bite of tangy vinegar to off-set the sweet pairs, especially if you choose to serve this with cheese. Puddle a small amount of the sauce onto the serving plates and sprinkle the pears with black pepper. Serve at once.

Blue Cheese: Crumble about 1 ounce over each pear just prior to serving.

Goat Cheese: Place a spoonful of soft goat cheese next to each pear just prior to serving. Drizzle sauce over cheese.

Mascarpone: Place a spoonful next to each pear just prior to serving. The warmth of the pear will melt the mascarpone slightly so it will mingle with the sauce. 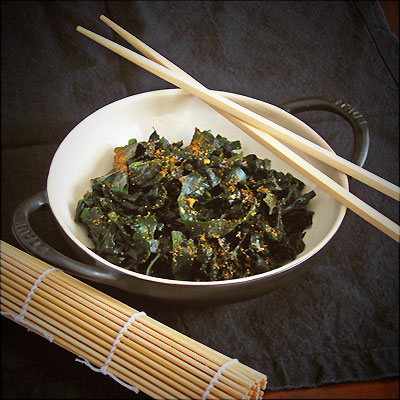