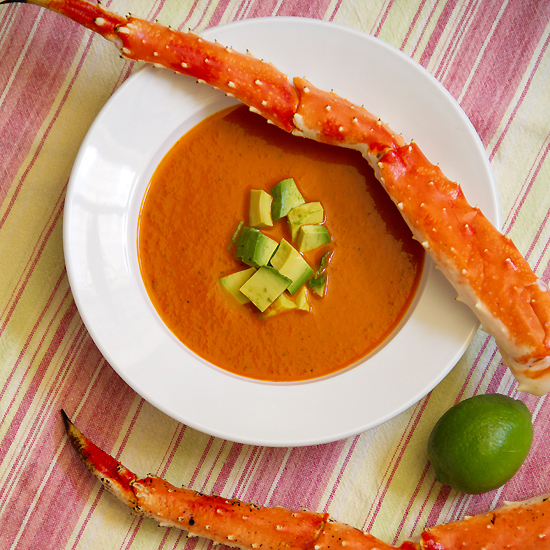 This Red Pepper Soup with crab is a little spicy and a little tangy. You can serve it warm or chilled. The crab makes an excellent addition (as would cooked shrimp), but it’s not necessary. I would say that it’s best not to skip the avocado however. It gives this soup a creamy mouth feel.

I prefer to let guests remove the meat from their crab legs at the table by providing crab crackers and small forks. But you could do this in the kitchen if you prefer, or serve the soup with lump crab meat. 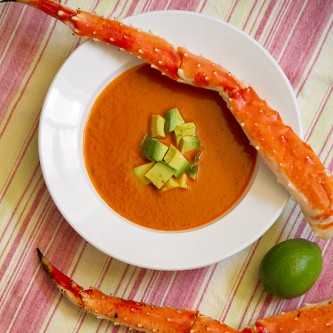 Stem and seed two of the bell peppers, then roughly chop them. Set aside.

Char the remaining six bell peppers by laying them, one at a time, directly over gas flame, turning occasionally until blackened on all sides. Place them in a medium bowl, and cover with plastic wrap, set aside until cool; rub off the blackened skin, remove stems and seeds, then roughly chop the peppers. Set aside separate from the chopped raw peppers. You may alternatively use a broiler to char the peppers.

Add olive oil to a large stock pot set over low heat. Once the oil gets warm (not hot) add the chopped raw peppers, celery, onion, leek, and garlic. Allow them to gently cook in the oil, stirring often, about 20 minutes. Once they are very soft, but not yet browned, de-glaze the pan with the brandy, stirring until the brandy is nearly evaporated. Add the vegetable stock, as well as the sachet of herbs. Simmer, stirring occasionally, about 1 hour. Remove from heat.

Using an immersion blender puree the mixture until very smooth. You may alternatively use a blender, working carefully in batches.

Strain the soup through a fine-mesh sieve; discard the solids.

Add the reserved chopped charred peppers, yogurt, chives and paprika to the strained liquid. Puree the mixture until nearly smooth with flecks of green chive and red pepper; season to taste with salt and cayenne pepper. Gently reheat the soup if serving warm, or refrigerate until chilled if serving cold.

Pour about 1‑cup red pepper soup 8 shallow soup bowls. Divide the avocado evenly between each, garnish with lime zest. Serve with crab legs (or lump crab meat) and lime wedges on the side. 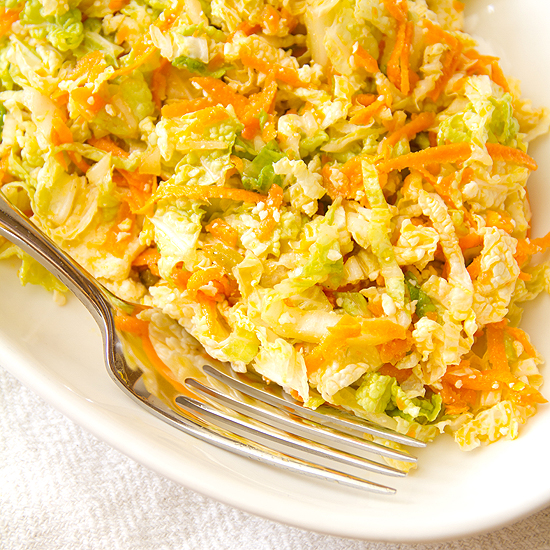 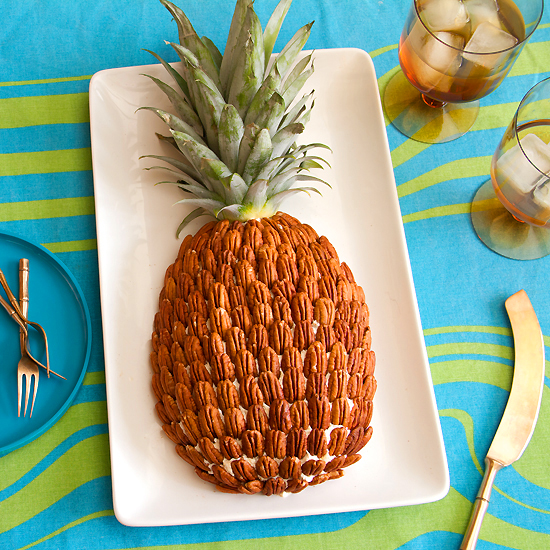