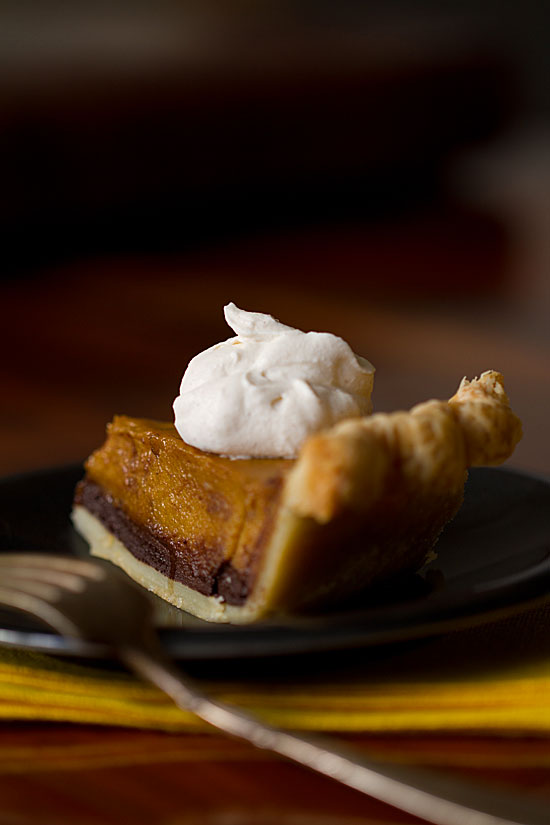 The creamy, ginger-infused chocolate “bottom” of this otherwise traditional looking pumpkin pie is a delicious surprise.

In a small saucepan bring cream and ginger to a light boil. Immediately remove from heat, cover, and let steep for 30 minutes.

Once the flavors have infused bring cream and ginger to a light boil again, then strain cream through a fine mesh sieve into the bowl of chopped chocolate; discard ginger. Stir until the chocolate melts and the mixture is smooth. Set aside.

Assemble the pie: Place a cookie sheet in the oven and preheat oven to 350 degrees.

On a lightly floured surface, roll the dough out to a 12-inch circle, about ⅛‑inch thick. Carefully transfer the dough to a pie plate and gently press it up the sides. Drape any excess crust over the edge, then fold under and crimp decoratively.

Pour in chocolate ganache black bottom filling. Use a rubber spatula to spread the mixture evenly across the surface. Place the pie shell in the freezer for 10 to 20 minutes to firm up. Remove from freezer, fill remainder of pie shell with pumpkin mixture. Bake on preheated cookie sheet, about 50 minutes, until crust is golden brown.

Cool for at least 2 hours before serving. 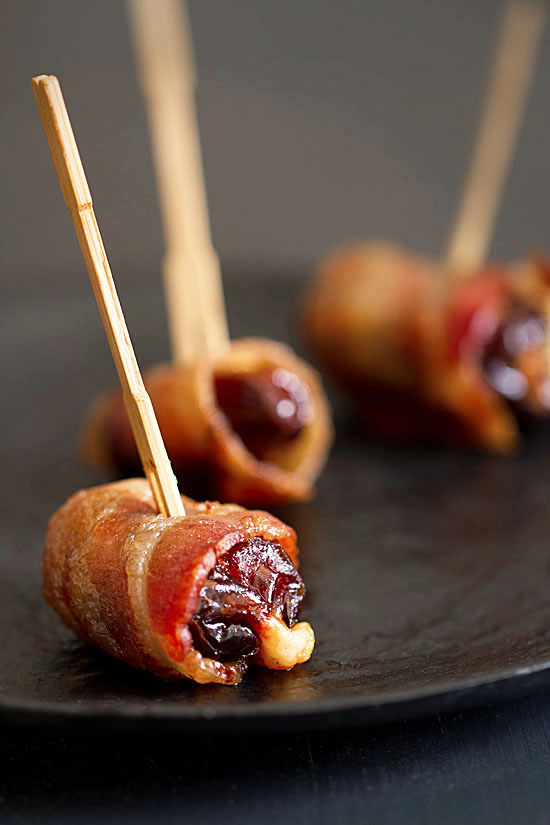 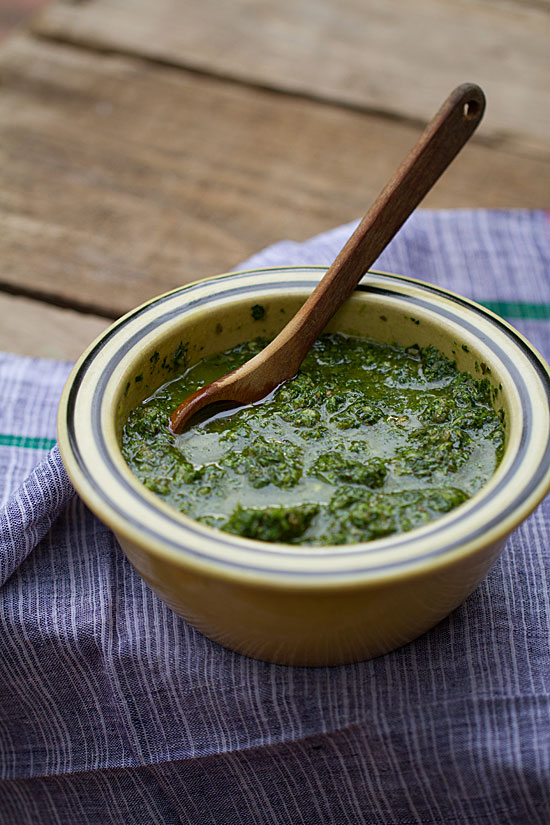