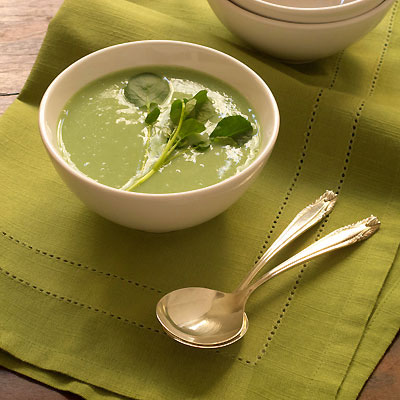 Move aside quiche there a a new super food in town and men love it.

Real men like Napoleon Bonaparte and (yep) Sippity Sup! And we’re not the only super-dudes in love with this peppery green bite. It’s said that Hippocrates, the father of medicine, built an entire hospital next to a patch of the stuff because he recognized early on the health benefits it could provide to his patients. Gruff Greek soldiers ate watercress to increase their masculine vigor. Even Roman Emperors said it enabled them to make “bold decisions”. I can vouch for that. I ate Creamy Watercress Soup with Sage and decided to write this super-charged tribute.

In Victorian times elegant ladies jumped on the watercress bandwagon too. It could be purchased in parks and street corners, gathered into posey-style bundles. These daintly little nosegays could be nibbled upon, like an ice cream cone while strolling.

And what a nibble watercress seems to be. It’s said to have more vitamin C than oranges, more calcium than milk, more folate than bananas, and more iron than spinach.

But its real attribute is that manly men like it. The Romans even believed it could prevent baldness. Now I ask you what man wouldn’t eat watercress with that kind of information available to him? Still, even if you have a full head of hair (or are in fact a lady) eating watercress still has delicious benefits. Most notably it has a peppery crunch that elivens this vibrantly colored creamy soup made with leeks, and potatoes called potage au cresson. My version is a simple (but manly) take on the classic. GREG

Melt the butter in a large sauce pan set over medium heat. Add the leeks, celery and garlic, stirring to coat. Lower the heat and cover the pan, cooking the leeks until softened somewhat, but not yet colored, about 4 minutes. Add the potato and chicken stock. Simmer, uncovered until the potatoes are tender, about 12 minutes. Remove the pot from the pan and stir in the watercress and sage. Set the pan aside to cool somewhat.

Meanwhile mix the cream and egg yolks together in a small bowl. Set aside.

Using an immersion blender, puree the soup until very smooth. The strain the soup with a fine meshed sieve discarding any solids. Return the soup to the pan, setting it over medium heat and bring to a boil. Remove the pan from heat and stir in the cream and egg yolk mixture. Season with salt and white pepper. Garnish with watercress (optional). Serve warm. 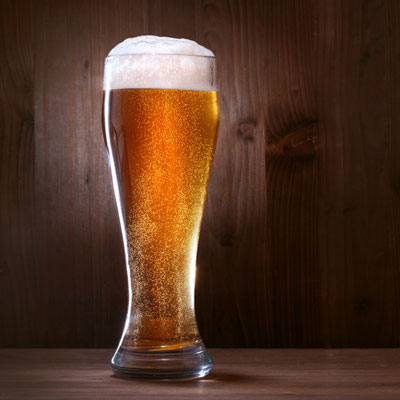 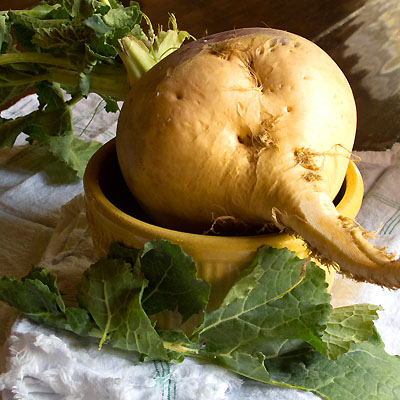