So it happened again.

I know I have mentioned that I set aside an hour on Saturday mornings to sit down and not only listen to, but thoroughly enjoy Evan Kleiman’s KCRW radio show Good Food.

I’ve also said before that I am always surprised how she seems to know just what’s been on my mind culinarily speaking.

So that’s the part that happened again. Twice in one show to be exact.

First, she did a segment on Summer Soups. Well as you, my dear readers, know I broke my jaw – I have it wired shut and have done 9 soups in a row right in the middle of summer! We even covered many of the same soups.

She mentioned a leek and potato soup. Sup! did that…

She mentioned a tomato gazpacho and the region of Andalusia, Sup! did that…

She even talked about the far lesser known gazpacho called ajo blanco, or white gazpacho. So did I.

It gets spookier! They talked about a peach soup that was eerily similar to my plum soup. And the most amazing coincidence came at the mention of a cherry soup. Done, done and done!

And this time I did them FIRST! I even have it on record with a date stamp, you just check.

That’s right it’s no longer me stalking Evan Kleiman. She is quite obviously stalking me. In fact I’d bet if I went outside right now. I’d catch the taillights of a copper brown 1978 Datsun 280 ZX speeding out of sight. That car is ALWAYS parked out front of my house. It’s just got to be her, right? I mean, doesn’t it just seem like the kind of car she would drive?

Coincidence 2, just proves she knows I broke my jaw and am restricted to a liquid diet. Because lo and behold an entire segment devoted to milkshakes, whether you want to call them smoothies, batidos, lassi or shakes…

Since Evan is obviously obsessed with me, I have decided to take her hint and make a lassi for myself this week. So for this week’s Market Matters I went down to the Hollywood Farmers Market and lugged home a big, juicy cantaloupe. That’s right, I carried it up the hill in this heat. Just to please Evan and get her off my back. But I hope you will like it too.

I am making a Cantaloupe and Orange Lassi with Anise. I made it up. Or at least I think I did. I decided to add a bit of anise-flavored liqueur because I am addicted to the flavors of cantaloupe and anise when they are paired together.

But still, I have to give a good amount of credit to Adam Ried whose new book Thoroughly Modern Milkshakes really moves these creamy, icy concoctions well beyond The DQ. Besides, it’s his recipe upon which I based my version.

His culturally diverse salute to the “milkshake” is refreshing;  it is light summer reading (for me) and very enlightening. It inspired me to do a little research and make a culturally correct fruit smoothie and give it the lovely moniker of Lassi. Which is an Indian “milkshake” with fruit and yogurt. Doesn’t it just sound delicious?

Cantaloupe and Orange Lassi with Anise

Place the ice, cantaloupe, orange juice, Pernod (if using) yogurt, honey and salt in a blender and blend until well blended and the mixture moves easily in the blender jar, roughly 1 minute. Taste the lassi and correct the seasoning with additional honey or salt, if desired. Pour into chilled glasses and serve at once garnished with orange slices and mint. 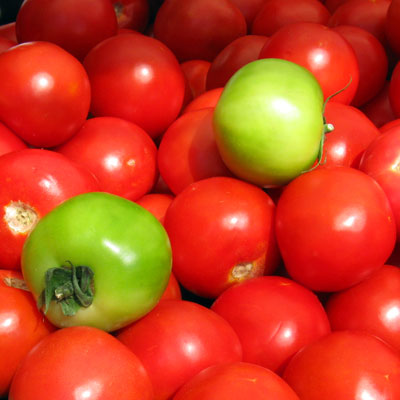