How to Make a Pisco Sour 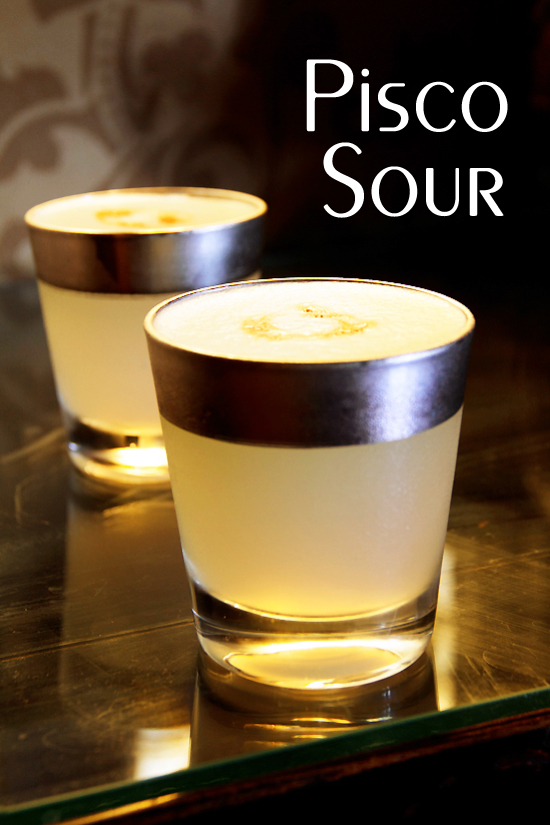 I’ve recently returned from a trip to South America. Our first stop was Lima, Peru. While there we took an unofficial, self-guided culinary tour, taking in as many of its diverse tastes and traditions as possible. We decided to concentrate much of our focus on the seafood. After all, Lima is blessed with a coast that is home to some of the richest fishing grounds in South America. You can read more about those adventures here. However, we also discovered that no food-centric trip to Lima would be complete without a taste (or two or three) of Peru’s national cocktail– the Pisco Sour.

As I stated in an earlier post I sampled quite a few Pisco Sour cocktails when I was visiting. I’m excited to share the fruits of that research in the form of a definitive Pisco Sour recipe.

The Pisco Sour is a bright and tangy cocktail with a seductive texture and a frothy explosion of sweet and sour flavors. A good Pisco Sour must be tart, but still retain a sweet edge. If it’s too bracing the cocktail can quickly fall out of balance. However, you must also be able to taste the Pisco. Pisco is a brandy distilled from the young wine of one or more indigenous South American grapes. There’s a lot of terroir in good Pisco and a Pisco Sour must reflect the artisinal approach of Peru’s iconic spirit.

How to Make a Pisco Sour

After much research, and a bit of trial and error, I’ve decided that the best way to make a Pisco Sour is four parts Pisco, one part lime juice, one part simple syrup and one egg white. Many of the recipes I’ve come across suggest three parts Pisco, however the best Pisco Sours I tasted in Lima were strong enough to actually taste the delicious Pisco. Still, the Pisco Sour is more than the sum of its parts. Achieving just the right creamy texture and getting the foam to rise to the top takes some practice.

Start by adding all the ingredients to a cocktail shaker. Cover the shaker with a lid (or a glass in the case of a Boston shaker) and “dry shake” the ingredients until very frothy, at least 30 to 45 seconds. Then fill the shaker with whole ice cubes, cover the shaker and shake again. This time make sure to shake the mixture in a rolling motions, for almost a full minute. You can develop your own motion, but the point is to inject air into the emulsion. Up and down shaking is not nearly as effective a rolling motion in my opinion. Remember you’re working with eggs whites. So, as with meringue, you want to whip air into the mixture as much as possible.

After that, double strain through a fine mesh sieve to remove ice particles and create that velvety texture. Let the foam rise to the top for a moment or two, then garnish decoratively with Angostura bitters. That’s how to make a Pisco Sour. GREG

I received compensation in order to bring information about the food of Peru to this blog. All opinions are my own. 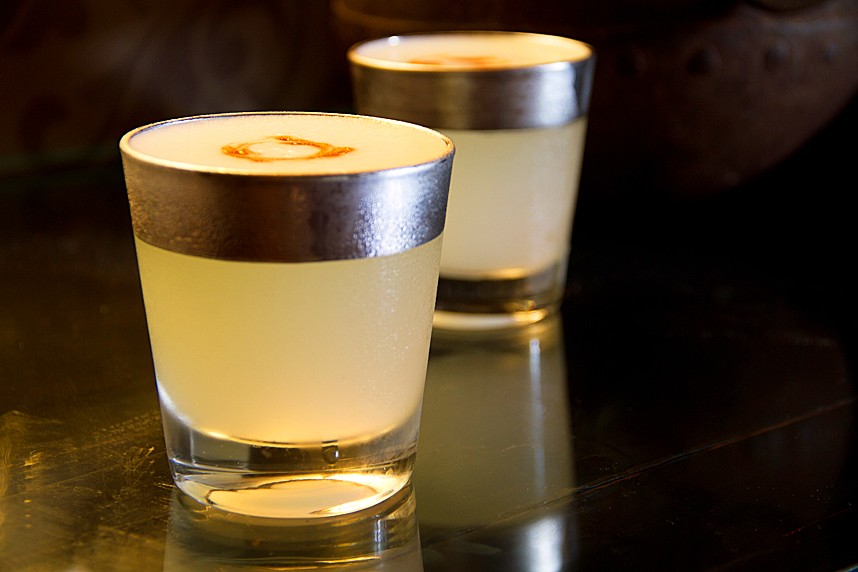 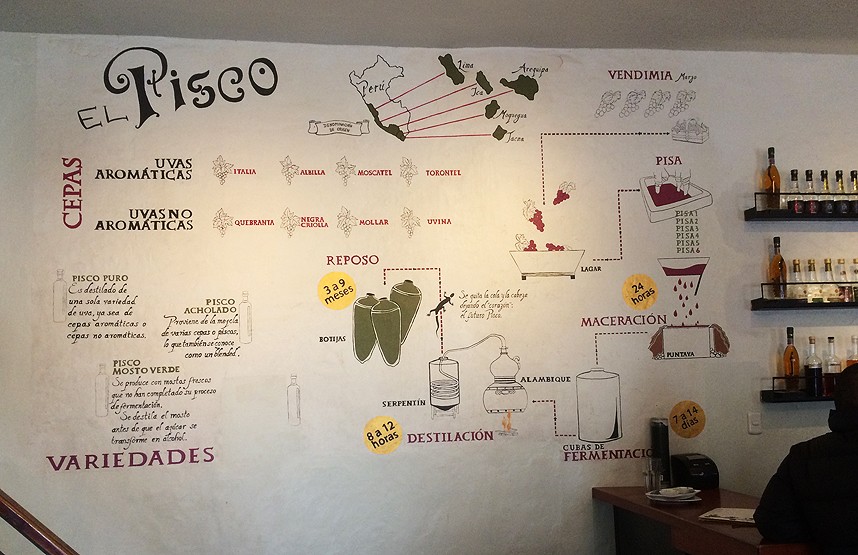 Add the Pisco, lime juice, simple syrup and egg white to cocktail shaker. Cover and vigorously “dry shake” the ingredients about 30 seconds to combine. Don’t skip this step it really helps build structure. In fact the longer and more vigorously shake the more lift you’ll get from the foam it creates. Uncap the shaker and fill nearly full with medium ice cubes and shake again vigorously until frothy, about 1‑minute.

Use a Hawthorn strainer to double strain the cocktail through a wire-mesh sieve into a chilled old fashioned glass. Wait a moment for the foam to rise, then strategically place 3 or 4 drops bitters in a circle on top. Use a skewer or toothpick to connect the dots decoratively. Makes 1. 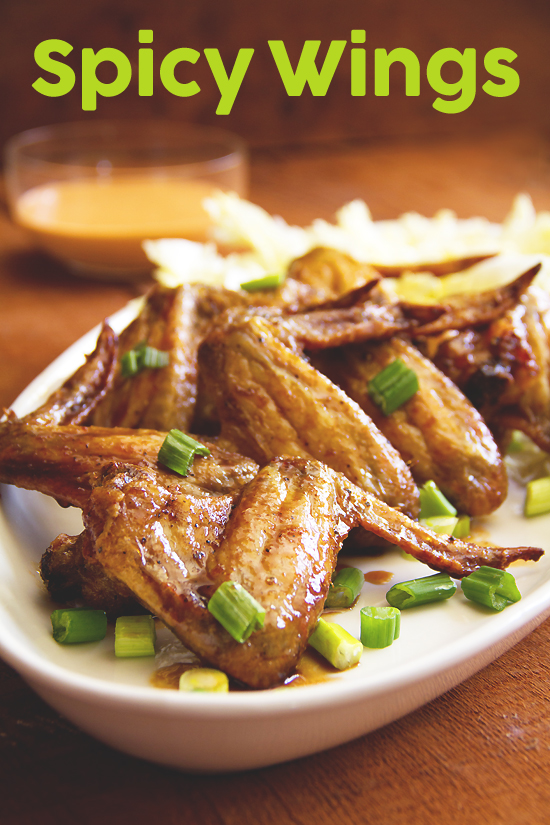 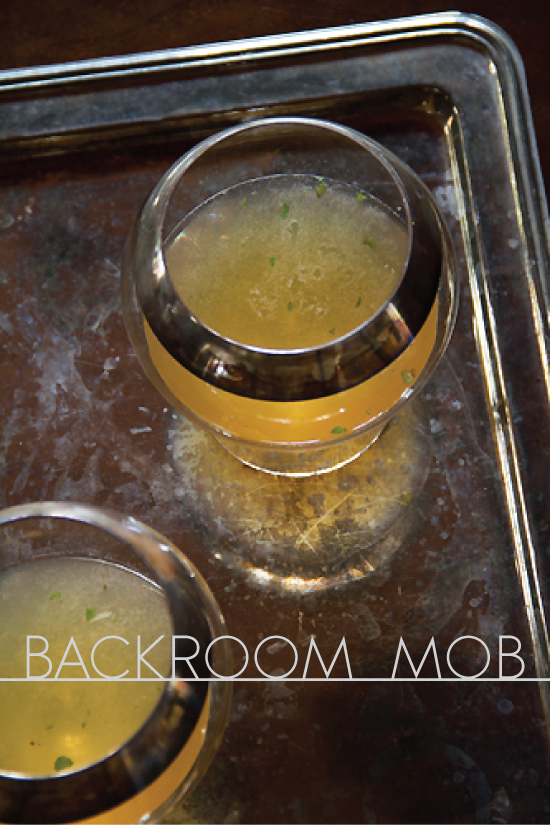