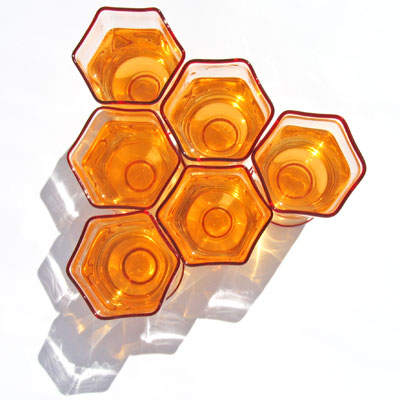 Time for the second to last update on my Kumquat Liqueur I have been calling Kumquacello.

But sometimes things just get stuck in my head and it is hard to get them out. That may be the case with Kumquacello. Which does not indicate a lack of open-mindedness on my part (I hope). So keep those great names coming.

I have been soaking kumquats in vodka for 36 days. I decided to do this after making a very successful Limoncello. I followed a lot of the steps and tips I learned in that experiment. But the kumquats took a heck of a lot longer to give up their color and their flavor.

But it finally happened. 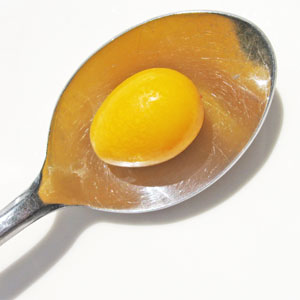 The kumquats themselves are noticeably paler than when they first jumped into the vodka. The vodka has developed a very pretty crystaline shade of tangerine. So that means the complex, bitter citrus flavor, with that slightly herbal quality has found it’s way into my liqueur.

You can bet I was excited to taste it and find out.

So, we had another taste test.

It goes like this…I had friends over the other night for dinner. We made a group effort cioppino with 2 kinds of fish, mussels, crab, and scallops. It was excellent.

After dinner we played hearts. It became apparent I was not going to win. So rather than give the winner her deserved props, I sorta changed the subject and suggested we taste the Kumquacello. I guess I can be a little competitive. Anyway, that was revelation #1.

But two of the other tasters thought it was too bitter.

Well, as I said, the proper next step in this recipe is to add an equal volume of simple syrup and more vodka to the mix.

So I took their opinions seriously. I thought maybe I was wrong.

That was revelation #2. I seldom think I am wrong. I can be mistaken. I can make errors. I can be misinformed…sure. Who can’t? But “wrong” I don’t know that opinions can ever be wrong. Boneheaded sure. But WRONG. Me? 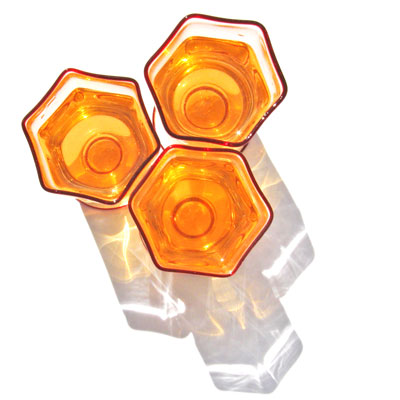 I was starting to wonder…

Because one taster, put his aside unfinished and the other taster added sugar and an ice cube to hers. These were pretty serious insults to a good liqueur. So I took notice. Maybe I was wrong!

In the end I caved to peer pressure because the next day I strained out all the little spent kumquat flavor bombs and added simple syrup to the Kumquacello. It now has to sit a week before it goes into the freezer to get good and cold and is ready for it’s final tasting and the crowning of it’s official name.

Right after I added the simple syrup I felt sad. I should have divided the liqueur into 2 batches. Added simple syrup to one and saved the other to sip in it’s slightly bitter form. But I didn’t.

Which is revelation #3. I am not nearly as bullheaded as I think I am…gosh-dern-it-all-to-heck!