Is it OK to be second? Not if you’re running for president. But most of us are perfectly happy to win Second Place in a Beauty Contest (even if it only pays a measly $10 in Monopoly money). And we all appreciate second chances. Now I’d like you to consider second wines. Specifically, the Cyprès de Climens from the Barsac region of Bordeaux in France.

What is a second wine? The concept of a second wine began in Bordeaux back in the eighteenth century. In some years the harvest wasn’t considered good enough to be sold as a classified Grand Vin, so the Château renamed and rebottled it to preserve their reputation (and their price point). Conversely, in some years there was an overabundance of great juice and the Château didn’t want to flood the market. So they created a new name and designed a new label, like Château Latour’s “Les Forts de Latour” or Château Cos d’Estournel’s “Les Pagodas de Cos”. Now you’re less likely to confuse a second wine with a second bottle of wine.

But back to Barsac and Greg’s Sweet Focaccia with Summer Fruit. Barsac abuts the more famous Sauternes region (think Château D’Yquem) and is also famous for super sweet, honeyed desert wines. Cyprès de Climens is the second wine of Château Climens, a Premier Cru estate. Compared to their first wine it’s a bargain, compared to Yquem it’s a steal.

Cyprès de Climens is lighter and less concentrated but still zesty sweet, and has enough acidity to prevent it from being cloying. The ample acidity, apricot and white peach flavors complement the stone fruit atop Greg’s desert, while amping up the sweetness factor. Notes of honey, marmalade and marzipan spread nicely over the semi-sweet dough element of the focaccia base. Desert and desert wine are good on their own, but they’re even better together. Seconds, anyone? KEN 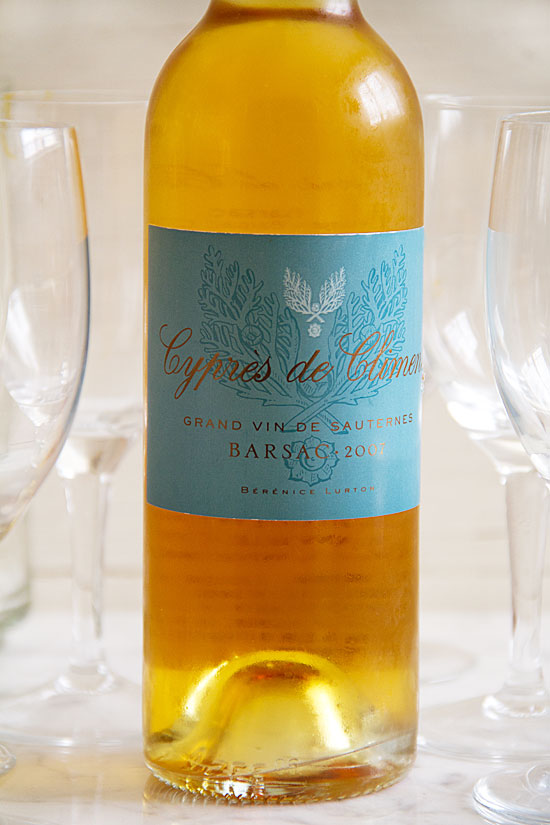 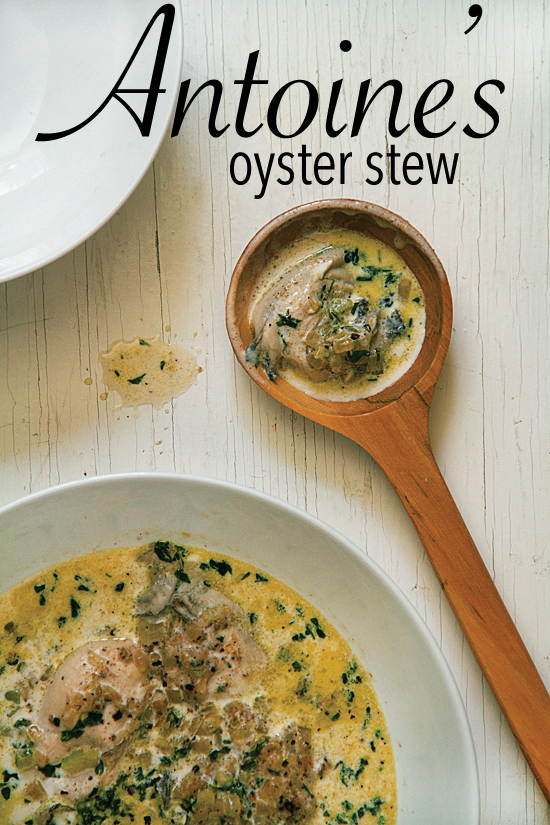 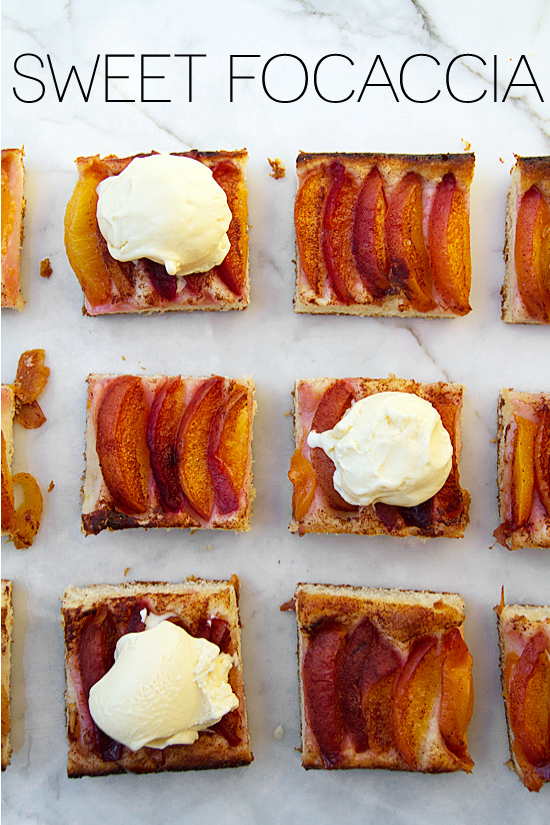