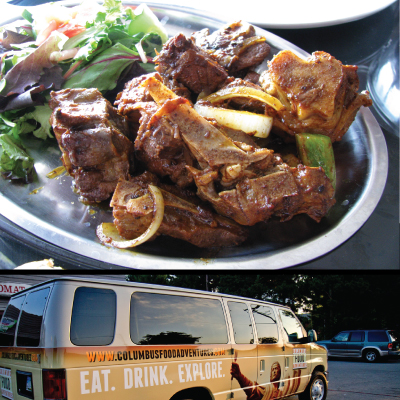 I went on a Columbus Food Adventure. It stuffed me so full I can barely bring myself to talk about. I had so much good food that I actually hurt. I had trouble walking!

But these are good things. I’m going to use these things to convince you that you should go on a Columbus Food Adventure too.

It’s run by partners Andy Dehus & Bethia Woolf. The concept came to be when Bethia, a local food blogger, made a name for herself by writing about Columbus’ thriving world of taco trucks. These trucks may have caught national attention recently, especially in urban areas, but they’re not a new thing. Most cities have had taco trucks for generations. When the national interest in them began to develop Bethia took it upon herself to literally show her city what was what when it came to the taco trucks they had right there in Ohio.

There was a lot of interest in her taco truck tour, but Bethia knew there was more to culinary Columbus than taco trucks. So she got together with Andy and grew the idea into a series culinary tours that includes the trucks and so much more. From all meat to all sweet. There’s a tour for everyone. 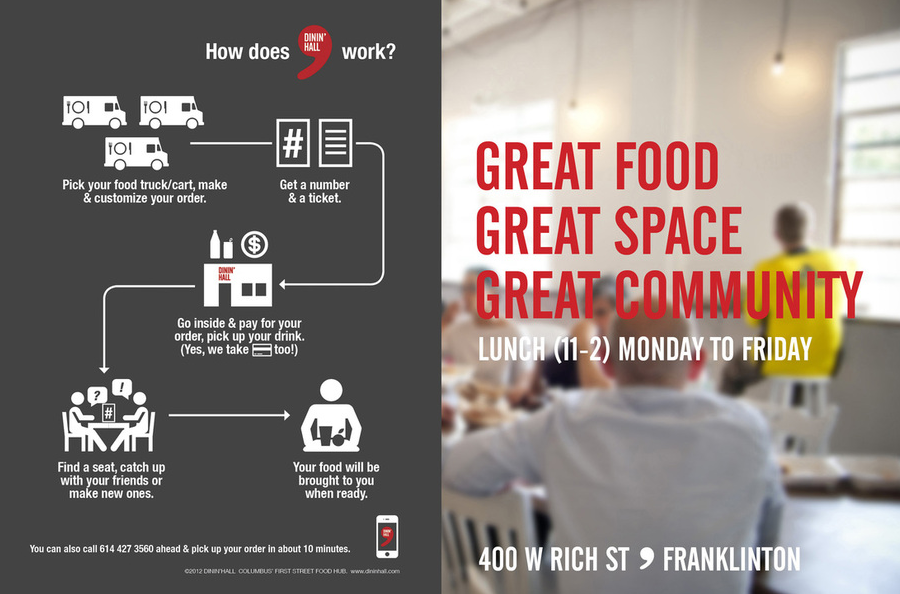 If you prefer to have the taco truck come to you, Columbus’ Food Scene has that covered too.  Dinin’ Hall is exactly that. A dining space set aside to make sampling foods from a rotating roster of all kinds of food trucks and carts as easy as any fast food restaurant. The trucks and carts gather outside Dinin’ Hall Mon thru Fri 11am til 2pm. Guests show up, order what they like from any of the vendors then pick a table in the large, artistically converted warehouse space. The Hall takes care of bringing you the goods and accepting the payments. It also has drinks for sale and keeps the tables neat and clean. So you’re free to chat with friends and sample whatever delicacies roll in that day.

Though Dinin’ Hall is not related to Columbus Food Adventures I can’t help thinking that Bethia’s work in introducing Columbus to the food truck culture might have paved the way for this intersting community-based business. I thoroughly enjoyed my time at Dinin’ Hall. Largely due to the organic yak burger topped with bacon, fried egg, havarti and sundried tomatoes I ordered from The Coop food truck.

That yak burger made me hungry for more of the unexpected. So I went on the Columbus Food Adventures Alt Eats Tour. To me, it’s the perfect way to “travel the world without leaving Columbus”. This guided culinary tour introduces you to some of the best ethnic food in the Columbus area. I was thrilled by the diversity. Somali cuisine, Vietnamese sandwiches, Nigerian egusi, Southern Indian delicacies and Mexican pastries in a rainbow of colors. This unique tour centers on the thriving ethnic enclaves of north Cleveland Avenue, where much of Columbus’ immigrant community “lives, eats, and plays”. So you know you’re getting the real deal.

Let me give my take on the itinerary.

Our first stop on the tour was Vietnamese. According to Bethia Mi Li Cafe (5858 Columbus Sq) “has long been known as the best place in town to grab a bahn mi sandwich”. Which is nice to know, but I needed no real convincing. I’ve loved bahn mi for a long time. Imagine all your favorite tastes and textures squeezed between really good baguette slabs. This thing has all the crisp, cold, salty, crunchy, drippy, creamy, warmth of a classically appealing bacon, lettuce and tomato sandwich. But it does not stop there. Aromatic cilantro opens the palate and raw jalapenos bite you on the butt. It’s a sandwich of intensely earthy sweetness and tang.

Our next stop caused eyebrows to raise. I could tell I wasn’t the only person on the bus getting ready for a new experience. Nigerian food. The menu was a bit baffling. That’s because Nigerian food is hard to pin down to just one thing or just one dish. It consists of influences from hundreds of ethnic groups. Intercontinental Restaurant (5777 Cleveland Av) is a great introduction to this West African nation. Our plate consisted of a variety of dishes that represented different cultures that comprise Nigerian cuisine. Moi Moi, Jollof Rice and Egusi The latter is a complexly spiced preparation made with a sort of melon seed.

Indian food in Los Angeles is pretty typical. In fact it’s almost as common to order take-out Indian as it is take-out Chinese, or even pizza. So I want you to forget all you think you know about tandoori. Because what those take-out joints don’t tell you is there’s quite a difference between the cuisine of north and south India. Udipi Cafe (2001 E Dublin Granville Rd) concentrates on Southern Indian food. Which is famous for its variety of spices and is known as a major spice exporter. So be prepared for bold. Dosas, idli & uttarpam are the favorites here.

You can find Mexican food almost anywhere. It’s not always good and it’s almost never authentic. Panaderia Guadalupana (1979 E Dublin Granvill Rd) is the place to stop in Columbus for Mexican breads and pastries that are both good and authentic. It’s the kind of place you walk into with an open mind and an empty bag. Because you never know what you’ll go home with. I live in Los Anegles. A Sunday morning of bolillo, taco de pina or concha made with pan dulce makes me happy.

I don’t mean to get your goat. But Columbus Food Adventures saved the best for last. And by best I mean goat. At Solay Bistro (5786 Columbus Sq) you should be prepared to eat goat, served as a thick stew that is scooped up with a spongey bread called Lahooh. But if goat is not really your thing. They have a smoothie I know your going to love. They call it lassi. A mango lassi– and who doesn’t love Lassie? Oh, and don’t forget the sweetly spiced, milky tea. It’s a great way to end a food adventure. GREG 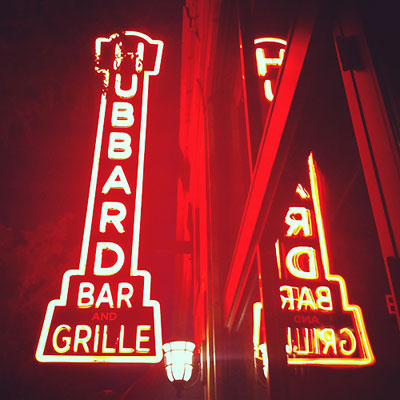 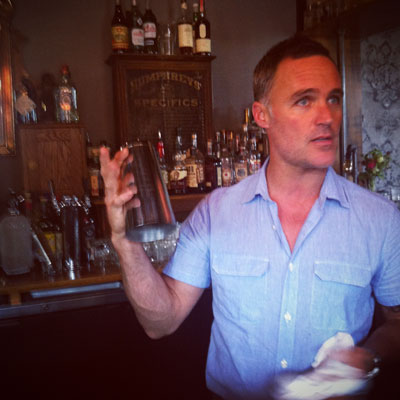