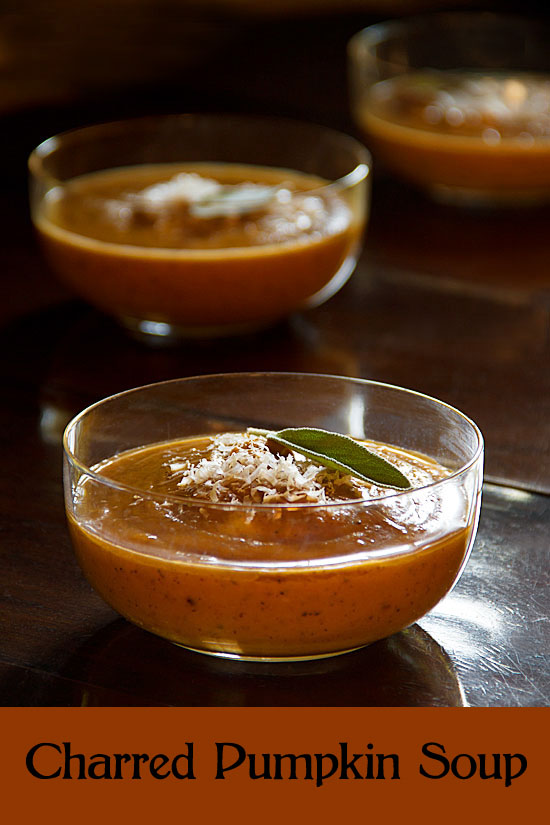 Boo! It’s Halloween. Which, in the blogosphere, means pumpkin recipes. I thought the trend had reached its zenith last year and I’d hoped to let the whole thing pass quietly. Which proves I’m a little bit ambivalent about pumpkins. But just a little ambivalent. In the end I decided I didn’t want to be left out of the pumpkin madness. Yes, the pumpkin bug bit me. It wasn’t a sweet pumpkin bug bite however. There’s no sugar and spice in this recipe. In fact my pumpkin recipe is burnt. Well charred. Charred Pumpkin Soup.

Which may seem odd. But don’t recoil automatically. A slight char brings a subtle bitter element to this soup. Which adds depth to the naturally occurring sugars in pumpkin and carrot. It also allows this soup to stand next to bigger, bolder, more tannic wine choices. Making it a very sophisticated soup.

Besides, mastering a controlled char on all sorts of food is the sign of a good cook. Food52 wisely lists competent use of high heat as number 23 in their list of “30 Qualities of a Good Home Cook”.

“23- Isn’t afraid to use high heat and really char things.” 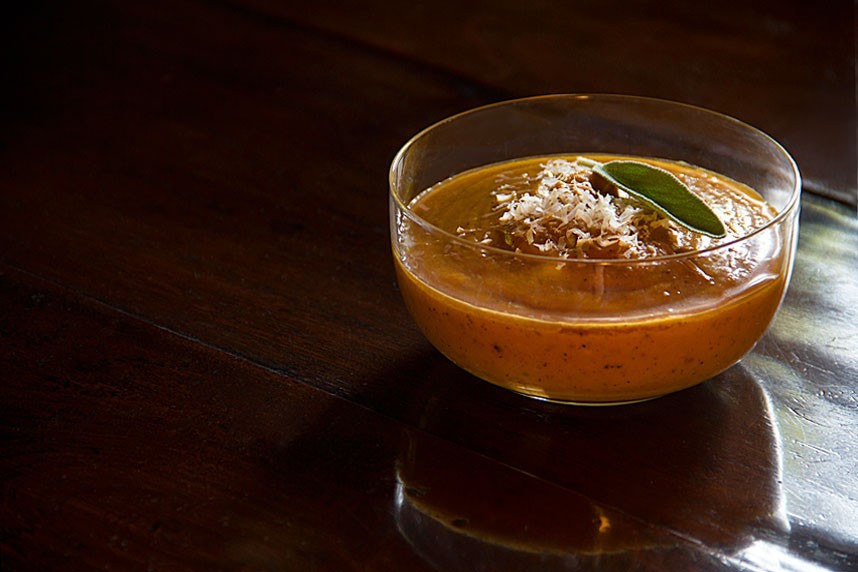 Of course the other thing I hope to let pass quietly this year is Halloween. You see, Halloween is not my favorite holiday. It’s not the spooky spooks or the ghastly ghouls (or the sweet pumpkin treats) that scare me however – it’s the costumes. Most people say that costumes are what they like best about Halloween. They say it’s fun to “disappear” into a character and behave in a way that’s totally different from their own personality. Which makes sense, on its face (or should I say mask??). Except, that’s not how I feel about costumes. Whenever I put on a costume I get the uncomfortable feeling that everybody is looking inside me. The scary thing I believe about costumes is this: costumes reveal deep dark secrets. 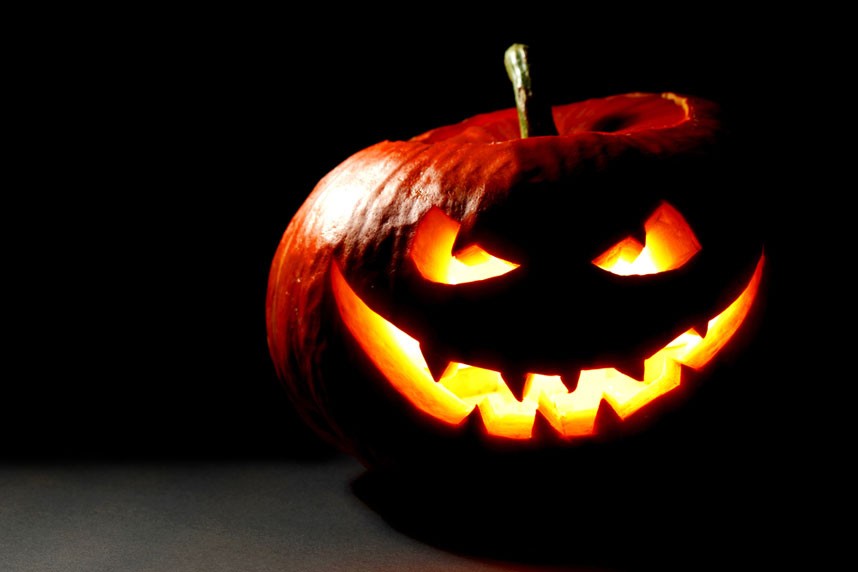 This Charred Pumpkin Soup is indeed charred. Which is different than burnt. To achieve this roast the pumpkin chunks beyond merely caramelized and allow the tips and edges to become lightly blackened in places. 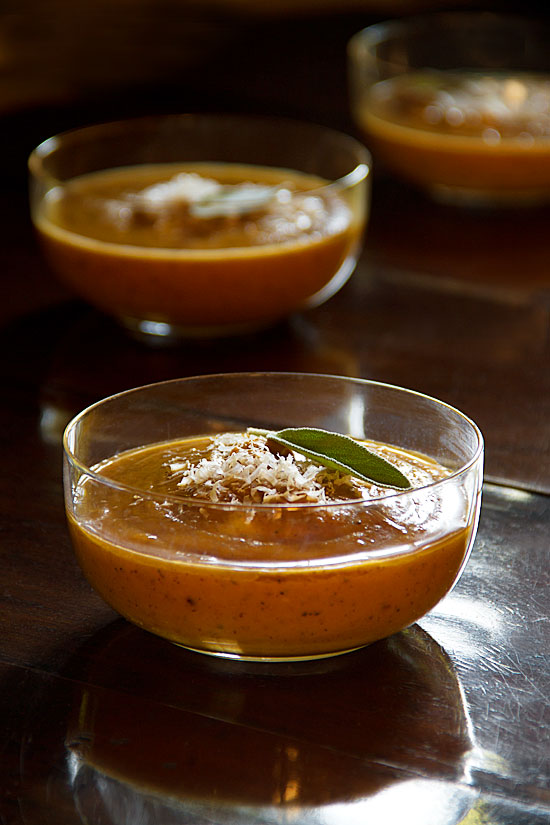 Preheat oven to 425 degrees. Halve pumpkin, remove seeds, then cut into 2‑inch chunks. Place chunks on a parchment-lined, rimmed baking sheet. Drizzle with 2 tablespoons olive oil and sprinkle with 2 teaspoons salt; toss to coat, then spread in a single layer skin side down whenever possible. Roast until pumpkin is very tender and beginning to char fairly significantly, about 40 minutes. You want the tips and edges lightly tinged with black. Rotate pan halfway through to prevent pumpkin from actually burning. Remove from oven, let cool, then remove skins. Set aside.

Add the broth and peeled, charred pumpkin, raise the heat to high and bring to a boil. Once it begins to boil reduce heat to low and simmer for 25 minutes. Remove from the heat and let cool slightly.

Using a stick blender, puree the soup until very smooth. Return the soup to burner and bring to a simmer; season with salt and pepper. Serve the soup garnished with grated Parmesan and whole sage leaves.

Scary pumpkin photo appears courtesy of my partnership with Shutterstock. 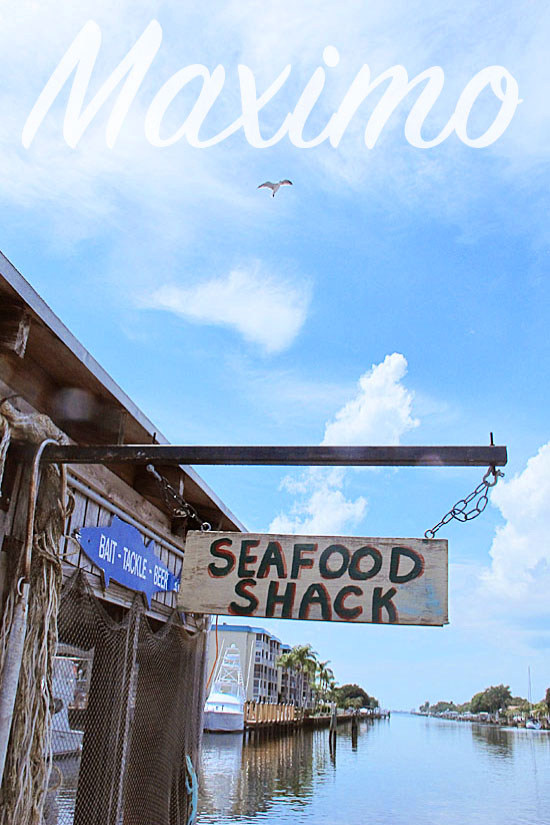 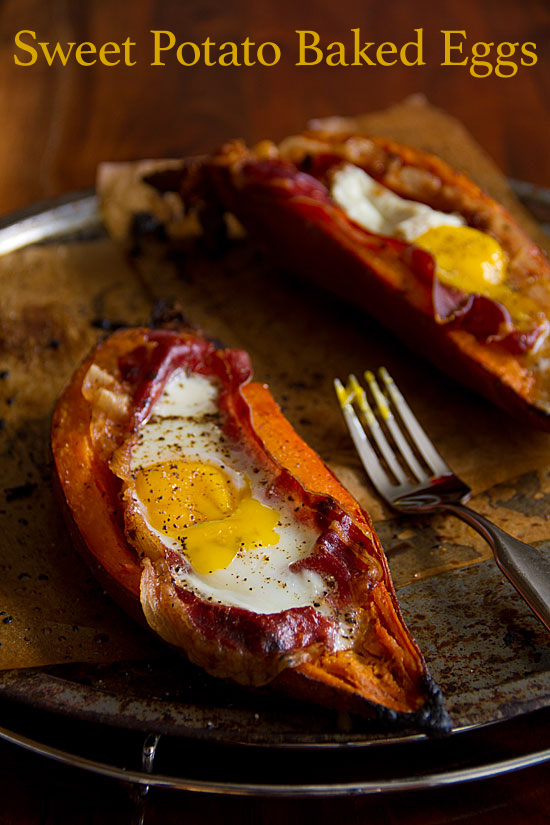