California Avocados Make a Geek Out of Me! 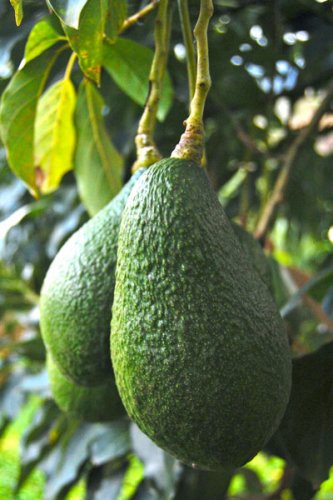 Thanks to California Avocados I now have a story to tell, and a short video to share. The folks at California Avocados invited me on a tour recently. I did more than just consume massive quantities of avocado while I was there. I consumed lots of information, and I am here to regurgitate it all over you!

This is the time of year we can all be geeks when it comes to avocados. Because, for avocado geeks, this is prime season. In California the famed ‘Hass’ avocado is at its peak. Meaning geeks everywhere can get quality avocados grown in California at a rate of 90% of the domestic US supply.

We love avocados for their rich, fatty oil content. In fact if we’re honest with ourselves, it’s why we love all foods. Our DNA makes us crave fatty foods to prepare for times of hardship. The fact that hardship today is a different sort of drama than it was tens of centuries ago accounts for our love-hate relationship with fat. But I digress. Because when it comes to an avocado. Fat is your friend. Half an avocado has 15 grams of heart-healthy unsaturated fat.

Which is geeky fact number one!

For more geeky facts let’s start with ‘Hass’ avocados. They hold a huge share of the market. If you live outside California, or Florida then ‘Hass’ may be the only variety of avocado you know. That’s because it’s thick skinned, peels easily and has a high oil content. Which is what delivers its superior flavor. Today, the ‘Hass’ accounts for about 80 percent of all avocados consumed in the entire world. It generates more than $1 billion a year in revenues in the U.S. Of course California Avocados leads the way.

In our hemisphere ‘Hass’ blooms between February and May. But it has the advantage of being able to be harvested year round, because in general avocados can hang on the tree a long time. Like pears, avocados ripen only after they are picked, allowing the fruit to be shipped while still firm, minimizing bruising and other sorts of damage. The thick skin of ‘Hass’ avocados only adds to their appeal to commercial growers, because they travel best of all the types of avocado. It’s this combination of great taste and thick skin that makes ‘Hass’ the reigning royalty of commercial avocado varieties.

But how did the success come about?

Well, it all started with one tree planted by a postman in his own backyard. But that tree had to have a pedigree and I want to share its journey.

Europeans discovered avocados when Cortez landed in the Americas in the sixteenth century, but Native Americans had eaten avocados for centuries. Excavators have unearthed avocado pits in Peru that date to before 900 AD. Of course they weren’t ‘Hass’, but they were relatives to our modern day best seller.

As I said the ‘Hass’ was born in a backyard of a mailman in La Habra Heights, California in the 1930s. Its road to its reign as the current king of avocados is long and windy. It did not start out as the most commercially viable of the avocados– that honor belongs to ‘Fuerte’.

The ‘Fuerte’ is a cross between the native Mexican and Guatemalan species. It got its name from the Spanish word for strong, because it is hardy to 26°F. It has medium-sized, pear-shaped fruit with leathery skin that stays mostly green even after ripening. The creamy flesh is extremely rich with 18% oil content. The ‘Fuerte’ is one heck of a good avocado. No wonder it was king of the avocado for so long.

But what changed? Why is it that the California Avocados ‘Hass’ is sitting in your produce section and not ‘Fuerte’?

In the early 1900s California growers began to see the avocado’s commercial potential and began to work on improved varieties. The ‘Fuerte’ became the dominant commercial avocado and was a product of these early pioneers in avocado cultivation. In fact by the 1950’s ‘Fuerte’ accounted for more than two-thirds of the avocado production in the Golden State. But there was a new king on the horizon. ‘Fuerte’ would soon be de-throned by ‘Hass’.

As I said, ‘Hass’ was discovered in the early 1930’s and patented by postal worker and amateur botonist Rudolph Hass in 1935. He saw the future of ‘Hass” and tried to bring it to market . But it wasn’t catching on. In fact the whole concept of a patent for a tree was a rather new concept and Mr. Hass never saw huge commercial success for his self-named avocado. His widow died in her 90s, still living off his pension as a postal worker.

As delicious and durable as the thick-skinned ‘Hass’ was, it had a big disadvantage in the eyes of consumers at that time. The ‘Hass’ turns almost black when ripe. To avocado eaters of that era this fact was a big turn off.

It took the advent of large-scale production and transportation methods in the 1970s for growers to see the potential of the ‘Hass’. Marketing pros got involved, blah, blah, blah.… It took some getting used to but consumers eventually embraced the ‘Hass’, despite it’s unappealing exterior and it replaced the ‘Fuerte’ as the leading California variety.

But back to the story of that ‘mother tree’ in La Habra Heights. That tree eventually did die. But its success did not. The ‘Hass’ variety has caught on in places as far away as Japan. The French love avocados too, consuming an average of four pounds a year per person. That’s more than Americans who eat an average of two pounds each. Of course we Californians have corner on the market, so we eat about six pounds a year.

But whatever became of the ‘Fuerte’? Well fortunately for us, California still produces plenty of this delicious avocado. I buy it whenever I see it. And whenever I do I think about its lost place at the top of the avocado heap and feel a bit of kinship with it because its story and that of its cousin ‘Hass’ is just the kind of full-fledged geekiness that I love. GREG

Greg Henry writes the food blog Sippity Sup- Serious Fun Food, and contributes the Friday column on entertaining for The Back Burner at Key Ingredient. He’s active in the food blogging community, and a popular speaker at IFBC, Food Buzz Festival and Camp Blogaway. He’s led cooking demonstrations in Panama & Costa Rica, and has traveled as far and wide as Norway to promote culinary travel. He’s been featured in Food & Wine Magazine, Los Angeles Times, More Magazine, The Today Show Online and Saveur’s Best of the Web. Greg also co-hosts The Table Set podcast which can be downloaded on iTunes or at Homefries Podcast Network and was named one of The LA Weekly’s 5 favorite podcasts for food lovers. 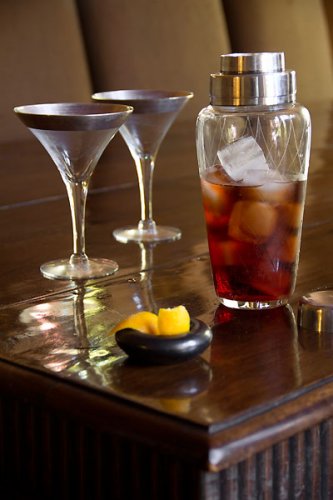 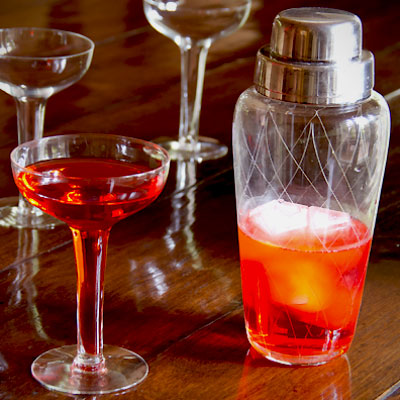