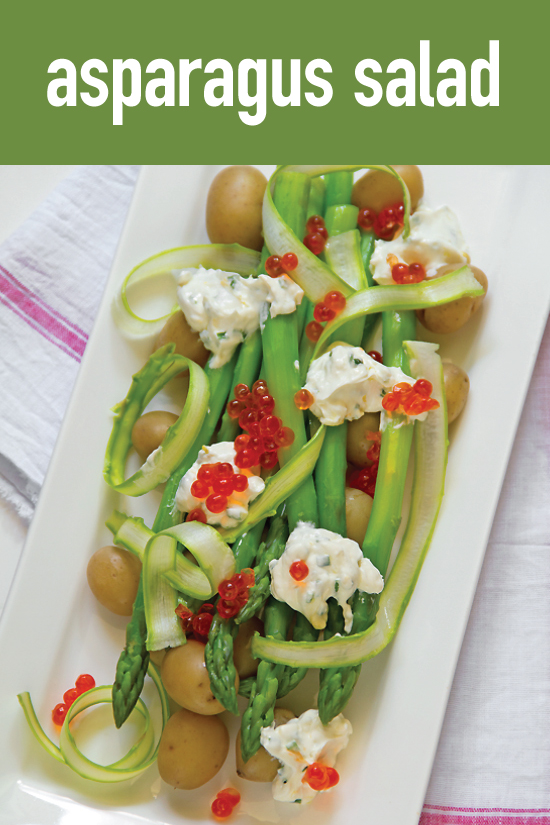 This asparagus salad is like all things asparagus. Here today gone tomorrow. That’s because it features those big fat spears that are only available for a very short time.

So I advice, whether it’s this asparagus salad or some other preparation, eat springtime asparagus as often as you can get your hands on it. It’s already past the official “first day” of spring so there’s not much time to get cracking on the remaining weeks (days?) of the very best of the jumbo asparagus spears.

Just for the record, I’ve followed my own advice on this subject for years. So I’ve learned a few things.

Or maybe I should say ‘unlearned’ a few things. Because the big, fat jumbo asparagus spears are so fleeting (and I’ll admit pricey) a lot of lore has popped up around the blogosphere regarding the proper care and treatment of these green goddesses. However, like most persnickety rules, half the stuff you hear about asparagus is a load of garden manure.

Starting with the idea that the skinny spears are the “baby” asparagus. Well sorry that’s just false. Thin asparagus spears are usually produced on mature plants and from the furthest tips from the center of the plant. They tend to be stronger flavored and a bit woodier in texture. Which does not mean they are not wonderfully delicious, but it does dictate how you might choose to use them. Thin asparagus is very good for grilling, and stir-frying. Any quick hot method of cooking suits them well. Their strong asparagus flavor is a good match for bold flavors like garlic, black pepper, sharp cheese and cured meats. But I also like to slice them thin to be used in pasta, risotto and soup.

To me the jumbo fat asparagus are best served simply. They are milder and creamier in flavor than your “everyday” asparagus. Still, they come from the same set of roots as the thin spears. In fact the jumbos come from the biggest very healthiest part, usually near the center and often from young or newly planted shoots. They’re very good at taking the starring role in a recipe as in this asparagus salad.

But there’s more lore out there. Some of the least helpful information has you tying the asparagus up in a bundle, wrapping it in a damp tea towel prior to steaming it standing straight up (in a special pot no less). I’m hoping for dinner, not a new vocation.

The only advice I’ve come across that’s any good at all is to peel the stalks of fat asparagus. This removes some of the fibrous strings, and it helps the asparagus cook properly. Without the peels the stalks cook a bit quicker than the tips. Giving you tender stalks and crisp tips. Which is exactly what I’d call cooking this asparagus salad properly– and the only advice I tend to offer. GREG 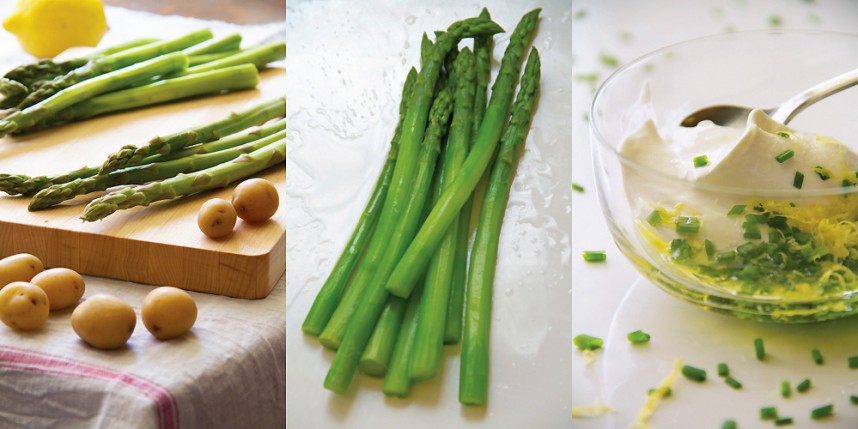 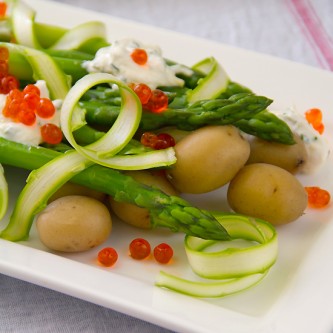 Make the dressing: In a small bowl, gently mix together the crème fraîche, 1 teaspoon olive oil, lemon zest, a pinch of salt, and chives. Cover and refrigerate until needed, up to 2 days in advance.

Boil the potatoes: In a medium saucepan cover the potatoes with about 1‑inch of water, bring to a boil and add 2 teaspoons salt, reduce heat to a simmer, and cook until just tender; 8–10 minutes, depending on size. Drain and set aside at room temperature, or over and refrigerate until needed, up to 2 days in advance. Bring to room temperature before proceeding.

Prepare the asparagus: Set aside 4 of the fattest asparagus spears. Using a vegetable peeler, lightly peel the remaining 12 asparagus spears to within about 1‑inch of the tip. Trim the bottoms neatly to remove the woody ends. Put the peeled, trimmed asparagus in a 12-inch heavy skillet, then cover with cold water. Bring water to a boil and add 2 teaspoons salt, then reduce heat and simmer asparagus, uncovered, until just tender, 6 to 8 minutes. The best way to know when they’re done is to poke a spear with a paring knife; it should slide in easily. Transfer with tongs to ice water, then to a clean kitchen towel. Pat dry.

Assemble the salad: Scatter the boiled potatoes onto a serving platter, arrange the cooked, peeled asparagus on top, then drizzle with lemon juice and remaining 3 teaspoons olive oil; season with salt and pepper. Dollop the crème fraîche mixture across the salad. Then, using a vegetable peeler thinly shave the remaining 4 asparagus spears lengthwise into ribbons, draping them over the top of the salad. Top with small piles of salmon roe. Bring the salad to the table to serve immediately or set it aside uncovered in the refrigerator for no more than 1 hour. Toss the salad together just before serving. 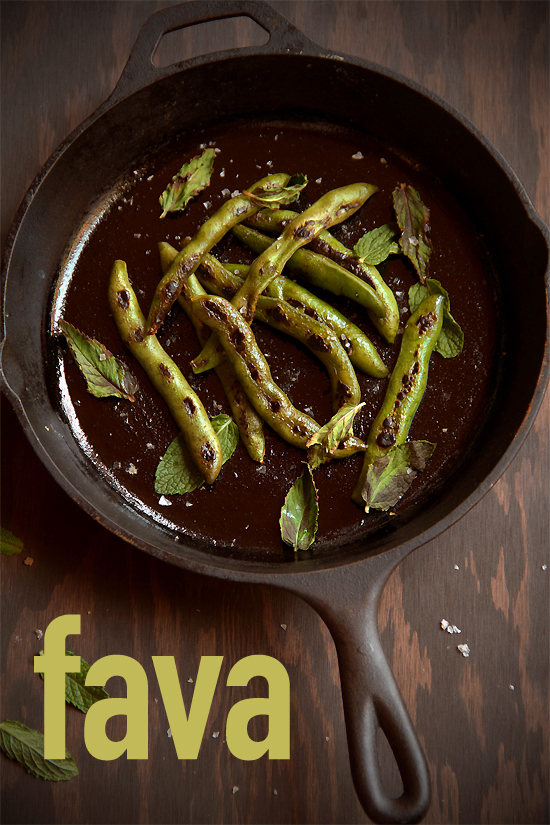 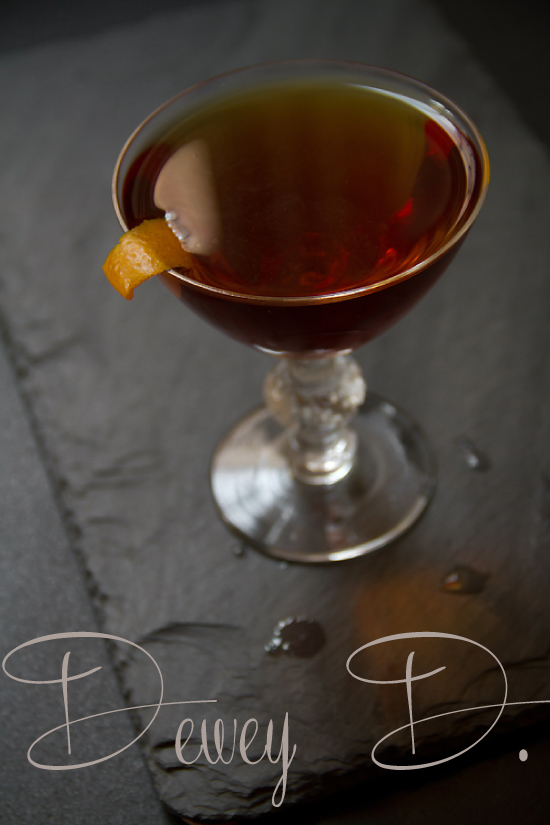