An African Bean Finds Its Way to America- Cowpeas 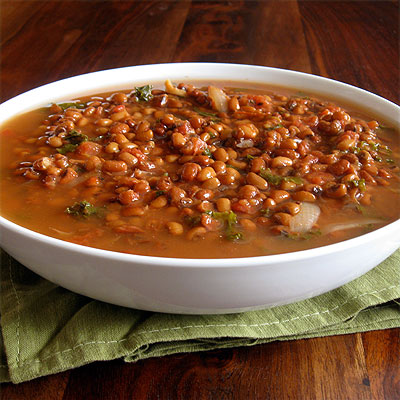 Cowpeas, Field Peas, Stock Peas and Southern Peas are just a few names by which the legume Vigna unguiculata is known. Its humble origins seem to be in northern Africa where they are widely cultivated to this day. They are a food that sustains millions of people who live on the very edge of existence because it thrives in hot, dry conditions.

I found these red cowpeas at my local Latin market. I had never seen them before so naturally I picked up a couple of bags. But what to do with them. Most of the recipes I googled seemed rather, well… bland. Boiled beans and rice.

But they are very similar to black-eyed peas in both taste and texture. They have the same nuttiness and are very dense in nutrition. So I took my cues from my favorite recipes for black-eyed peas (which are usually spicy) and added an African touch and used Moroccan spices.

Brought across the Atlantic to the Caribbean in the holds of the same ships that carried slaves destined to eat them, cowpeas were introduced to America during this dark portion of our history. There are records of their cultivation in Jamaica as early as 1675. There is documented consumption of these beans in Florida in 1700 and North Carolina in 1714. 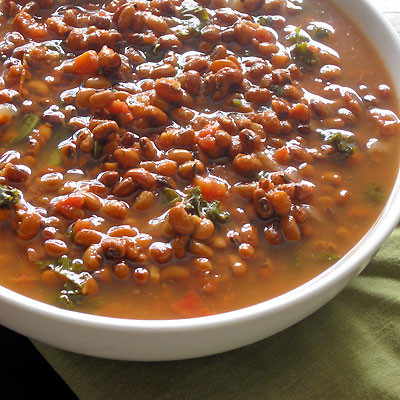 Cowpeas were often known as a “poor man’s” food; the landed gentry of the Eastern seaboard and early American colonies preferred the English Pea, Pisum sativum, and considered the cowpea simply that: peas grown to feed the cows.

Though there is no evidence that he ate them himself, but George Washington imported 40 bushels of what he called “pease” from Jamaica in 1797 to plant in his fields. So it does seem likely he used them as food for both slaves and livestock. Though he seems to have shunned these beans himself, he would probably be shocked to learn that his cattle, slaves, and sharecroppers were enjoying a much more nutritious diet than he.

It was not the only nutritional mistake made by Mr. Washington either. He was convinced that the tomato was poisonous and unfit for humans. But this did not stop his slaves or his poorer, but healthier neighbors from adding both crops to their diets.

Cowpeas consist of an average of 24% protein, they are rich in the amino acids lysine and tryptophan, and are most nutritious when eaten in combination with grains. The Southern custom of serving peas with cornbread, rice, or biscuits is a tradition that is actually healthy. This makes them an ideal food for vegetarians and people who limit their meat intake.

When the cowpea reached the southern United States, it was a perfect marriage of plant, climate, and economic conditions. Southern farmers embraced the pea enthusiastically, and through the years, many varieties were developed. Each with colorful names like ‘Clay’, ‘Red Ripper’, ‘Calico’, ‘Rattlesnake’, ‘Whippoorwill’, ‘Rouge et Noire’, ‘Mississippi Silver’, and ‘Texas Cream’. The variety I found are red and more closely related to its African ancestors than many of these varieties known in the south.

Nelson Mandela famously described cowpeas in his book Long Walk to Freedom. For this reason they have gained cultural significance in Africa and remain staple to millions there. It may not be easy to find African red cowpeas like I used in this recipe, but black-eyed peas are a closely related variety and could easily be substituted. My version is stewed and has North African flavors. It makes a great one-dish meal on a cold or rainy day.

They can be served over rice as in the southern tradition of ‘peas and rice’. But with a bit more broth they make a great soup too.

Cowpeas cook a bit faster than most beans, so watch them closely. Most recipes I saw said to soak the beans, but I found that unnecessary and liked the meatier texture that came from cooking them with out a pre-soak.

Rinse the beans well, Drain and set aside.

Heat the oil in a large heavy bottomed dutch oven set over medium heat. Add the onions and garlic and cook, stirring often until the onions soften and the garlic is fragrant. Add the beans, stirring to coat and cook an additional 2 minutes.

Add the cumin, paprika, ginger, cayenne, cinnamon stick, star anise, and tomatoes with their liquid and enough water to cover the beans by about 1‑inch. Bring the beans to a simmer, add 2 or 3 teaspoons salt then lower the heat and cook covered, stirring occasionally until the beans are softened somewhat and most of the liquid is mostly absorbed; about 45 minutes to 1 hour. Watch the liquid level carefully and add more water if needed.

Add enough chicken stock to cover the beans by about 1‑inch (or more if you prefer to serve this as a soup). Bring the mixture to a boil, lower heat and simmer until the beans are tender but not mushy. About 15 minutes. Remove the cinnamon stick and star anise. Add the kale, stirring to incorporate until it is just wilted. Adjust seasoning and serve with sour cream or crumbled feta cheese (optional). 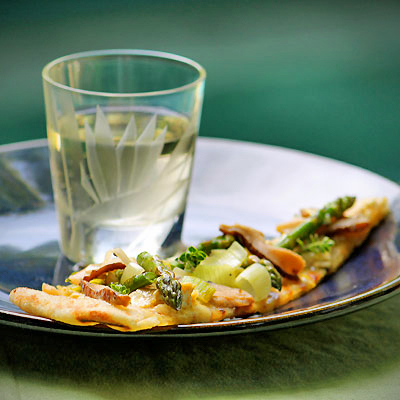