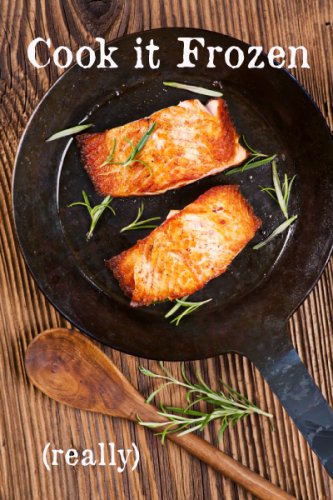 I just might ruffle a few feathers or perhaps I should say scrape a few scales the wrong way, but I want you to know that there’s nothing wrong with buying frozen fish. Of course there are a few guidelines and you need to be armed with some pertinent information. But sometimes buying frozen fish can be preferable to buying never previously frozen fish. Which isn’t exactly the same thing as fresh.

Yes, I’m geeking out on you again. But I’ve just returned from Alaska. I went fishing with the Alaska Seafood Marketing Institute (ASMI to friends). During the time our rods weren’t out to sea we sat around and discussed all sorts of valuable information regarding Wild-Caught Alaska Seafood.

The quality of seafood can begin to decline immediately after being caught. Flash freezing it as soon as possible helps retain the quality and seals in “freshness”. When fish are flash frozen at sea while still on board the boat it has the capability of retaining most of the great qualities of straight from the ocean fish. Notice I said straight from the ocean and not fresh. Because I’m trying to let you know that the word fresh (as with local, organic and wild) can be misleading. Because in terms of the retailer fresh may simply mean never previously frozen. If you live in Indiana fresh from the ocean is a relative term. There’s no ocean in Indiana. So never previously frozen fish traveled a great distance under unknown conditions. It’s probably terrific and I’m not trying to worry you. But as good as it may be, frozen at sea might just be better. Besides many seemingly fresh fish have actually been flash frozen and then thawed by your fishmonger. 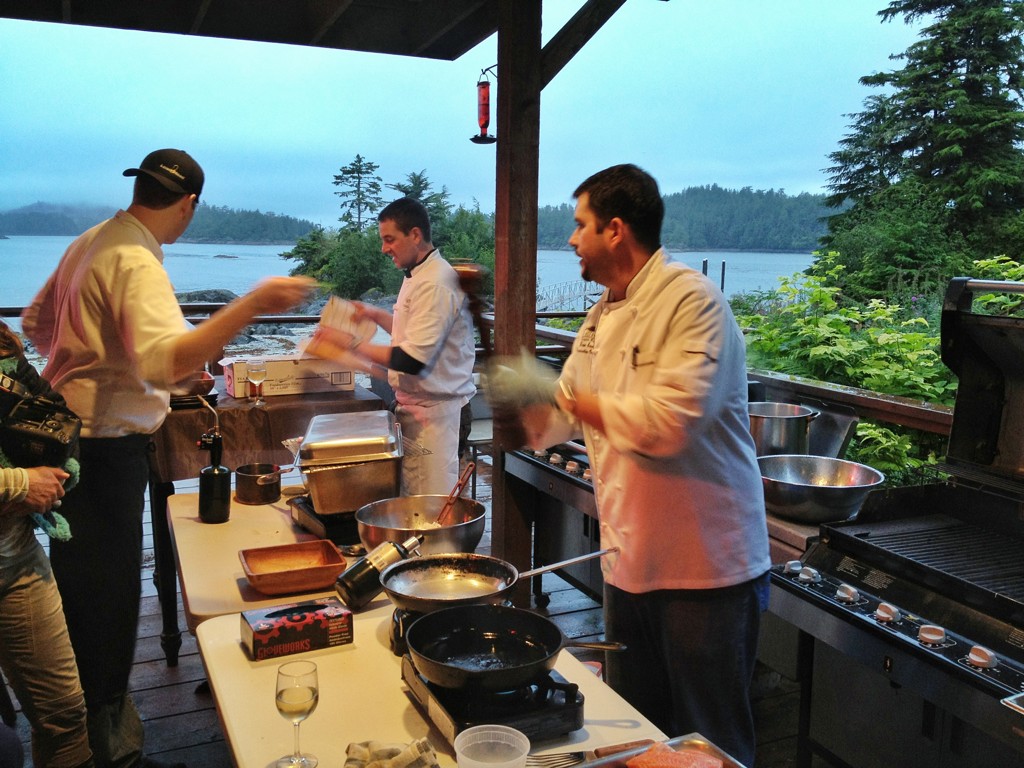 Which brings me to to the question “just what the heck can you do with frozen seafood”? Well, pardon the smart-ass in me– but you can sauté, roast, broil, steam, poach or grill it. You can thaw it first, overnight in the refrigerator– or you can Cook it Frozen. That’s right frozen like a brick! There’s even an app for that. So I won’t get all geeky about the details, except to say it’s super easy and can be an amazing time-saver or even make you look like a genius when impromptu parties pop up at your house. I sautéed a fillet for my lunch today. That’s right I’ve been home less than 24 hours and I’m craving wild Alaska seafood (again). I just didn’t have time to thaw my salmon. So it went into the pan frozen. It really did. 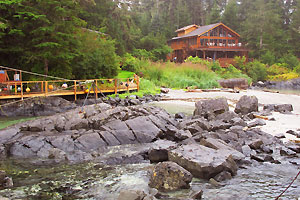 But the entire trip was not just about Greg geeking out of fish facts. Nope. There was fun to be had too. We stayed at The Talon Lodge. A spectacular experience. There was a great group involved too. Besides the two chefs I mentioned and the generous folks associated with ASMI, I got to hang with some very cool bloggers. Getting to actually know a few of the online food lovers who inspire me everyday is always a thrill. Because putting a face to that inspiration just confirms what I’ve always believed. The online food community is just as geeky as me when it come to tasty tid-bits from the sea. 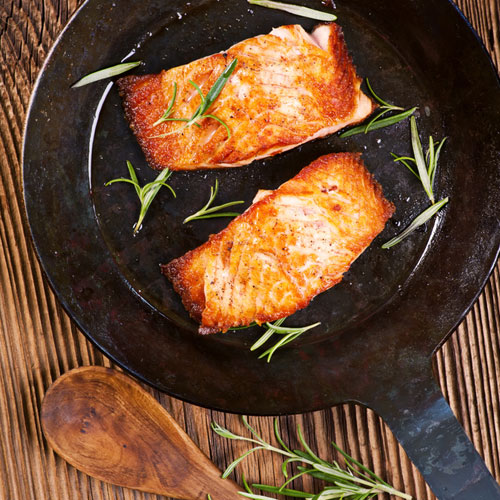 Rinse seafood under cold water to remove any ice glaze; pat dry with a paper towel. Set aside.

Heat a heavy-bottomed or nonstick skillet over medium-high heat. Brush both sides of salmon with olive oil. Avoid butter, sunflower or corn oil as they will burn at high heat.

Place salmon into the heated pan, skin side up, and cook, uncovered, 3 to 4 minutes, until well browned. Turn the fish over and season lightly with salt and pepper.

Cover the skillet tightly and reduce the heat to medium. Continue to cook an additional 6 to 8 minutes , or until cooked through to your liking. Just before serving sprinkle with herbs. 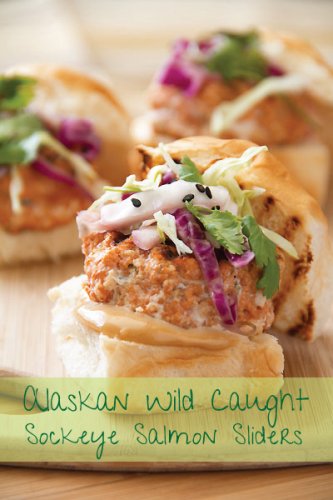 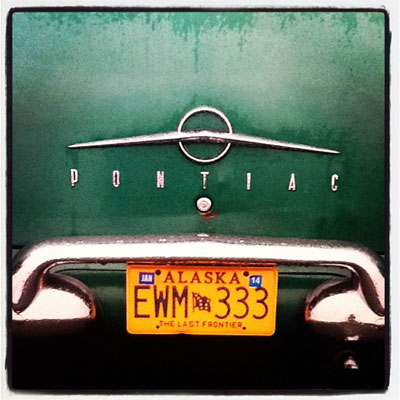 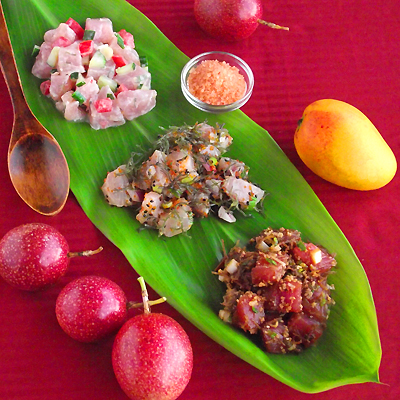