You are Never Too Busy for Spring Lamb Soup with Dandelion 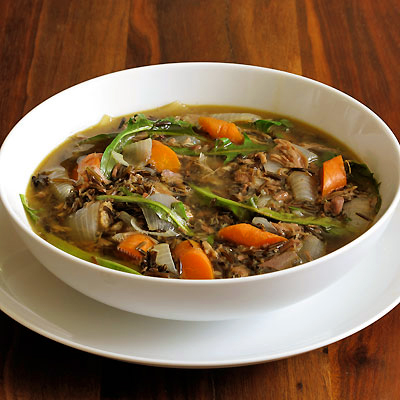 I turn to soup when things start to get out of hand. In this case lamb soup with dandelion. It’s an unusual choice, I know. Not many people turn to soup in times of great stress.

You know how I know things are getting out of hand. Well, this tasty lamb soup was supposed to have been navarin d’agneau, a French stew traditionally served at spring’s first blush.

I can’t say what’s going on where you live. But spring is blushing out all over here in Los Angeles. Some people wait for that crazy ground hog to announce the change of season, but I turn to another harbinger. The turnip. As soon as those tiny, perfect little turnips poke their fat butts out of their hole in the ground. I know that spring has sprung. Because followed closely behind adorable little turnips, come the tiniest of new carrots and the very best parsnips of the season. Not to mention thin-skinned new potatoes and peas; fresh English peas. I don’t know about you, but I look at a list of ingredients like that and I think navarin d’agneau. I really do!

But how did I get from Spring Lamb Stew to stress-induced lamb soup? 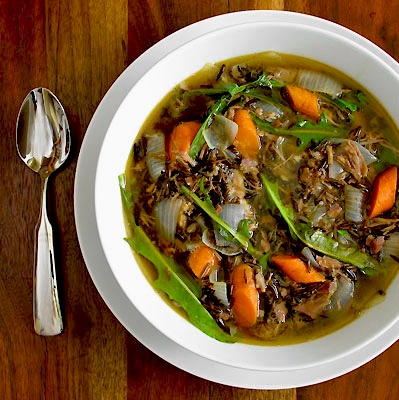 Well, I thought you’d never ask. I have a lot going on right now. Every second of every day is accounted for until I leave for Costa Rica (more on that later in the week).

One of the things I have going on is day-to-day life. Day-to-day life includes grocery shopping, cooking meals etc. Because oddly the busier I am the more I want to cook. No take-out allowed on the craziest of days. That’s for losers… I can’t explain it but take-out makes me feel like I am losing control of things. I mean if I can’t make time to put dinner on the table then I must be doing something wrong! Right?

So when I was at the market and I saw those baby turnips. I went on autopilot and grabbed everything else I would need for the perfect navarin d’agneau. New potatoes, peas, carrots, turnips, lamb. It all went in my cart. Even a big bunch of dandelion greens. Dandelion greens scream spring!

With dinner handled (at least in my mind), I could turn my thoughts and actions to several other priorities without that nagging feeling that I was forgetting something. Check, check– check! You should have seen me ticking off that to-do list.

When I got home. I saw there was plenty of time to relax, get my mise en place in place and enjoy the process of preparing the lamb stew.

I admired the beautiful lamb shanks I bought. I laid out a few perfect carrots. I patted myself on the back for the creative addition fresh dandelion would make to my lamb stew. I then reached for the second bag of groceries to complete my work of art.

Now, where was that second bag? I looked all over the kitchen. I checked the car. I even looked on the patio… There was no second bag of groceries. The bag containing my muse– the baby turnips was missing. MISSING!

Panic. Losing food makes me panic. Had I left a whole bag at the market? Doubtful. Did I drop it in the parking lot? Or leave it sitting in my parking space? Did someone reach in the back of my convertible and take a bag of groceries? Well, I’ll never know what happened because I was too busy converting stew into soup. Now that’s stress.

It was tasty, but I just can’t help but grumble about it! Do you think that means six more weeks of winter?

In a large Dutch oven combine lamb shanks, water, stock, bay leaves, dried oregano, dried marjoram, salt, and pepper. Bring to a boil then reduce heat. Simmer, covered, for 1 1/4 to 1 1/2 hours or until meat very tender and falling off the bone.

Return broth to Dutch Oven. Stir in chopped meat, carrots, celery and onion. Return to boiling, reduce heat. Simmer, covered, about 15 minutes or until vegetables are tender. Stir in fresh oregano, and dandelion greens. Cook for 1 to 2 minutes more or just until greens wilt. Ladle soup into individual bowls and sprinkle each serving with Parmesan cheese. 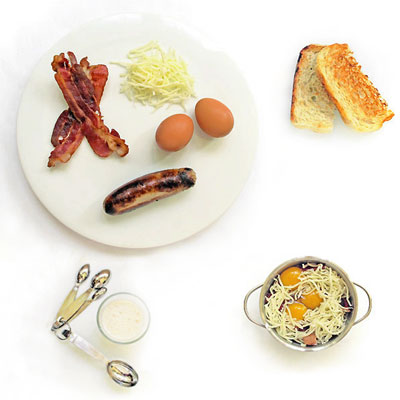 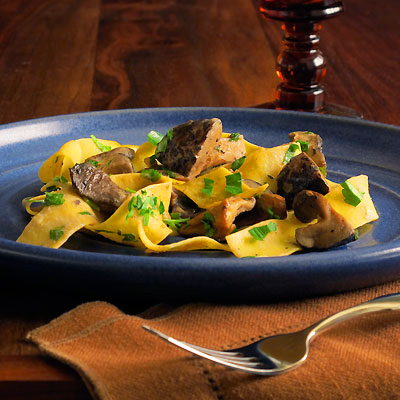