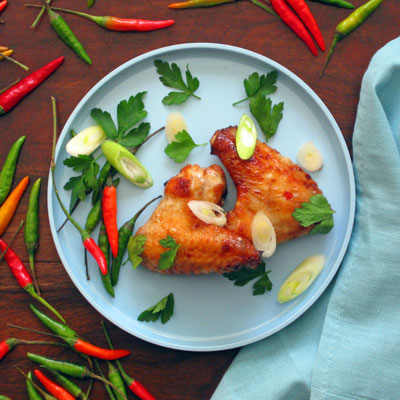 Wings are messy, and that’s a good thing.

Wings remind us that it’s okay to be a carnivore. They remind us of a simpler time sitting around the cave with that trendy new cooking device someone cleverly named “fire”. Remember how proud you were to be the first neanderthal on the block with an indoor inferno?

But there is more to wings than primitive domination of lesser creatures. Wings have more modern pleasures as well. Wings make it okay to dribble hot sauce all over those brand new $245 jeans. Because stains only make them better, right?

Wings make kids and grandmas alike stick their face in their food and giggle while the eat.

But the best thing about wings is the way you feel after you have devoured an entire plate full. No need to feel guilty in overindulgence. Because bragging rights are the best part about eating wings. Not only is it cool to pig out on wings. It’s a badge of honor. Eating 4 or 5 wings may fill you up, but eating 20 or 30 moves you to the head of the table; often to rowdy cheers, chants, hoots and hollars!

And it’s not just quanity that earns respect either. Because there is also that illustrious look of awe on your friend’s faces when you discuss the decible level of the heat implications of the mighty chile pepper that adones these wings. I have heard people proudly proclaim, “…them wings were so hot I couldn’t even taste ’em!”

Well I can be a good sport about messy faces, massive quantities, and tongues blazed raw– but I draw the line at feeling giddy about not tasting my food. Because wings can be messy and they can be spicy, but they gotta be delicious.

My wings are all these things and something more. Shhhh… they are healthy too. Or at least they are healthier… Because my wings are baked not fried. Honestly I have nothing against fried foods. In fact I love fried foods and indulge myself in them when I see fit. But the thing about wings is they don’t have to be fried to be delicious. 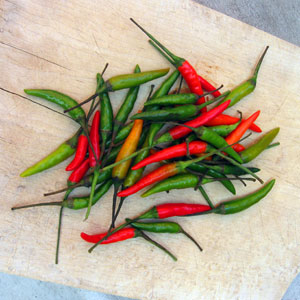 The secret is in the sauce. In this case the sauce has a sweet heat with deep earthy flavors. I gave these wings an Asian appeal because the yin and yang of sugar and spice works so well with wings.

These wings were inspired by Chef Martin Yan, but honestly I like my version better. The sauce is more complex, certainly spicier and a lot messier. In fact my version is so drastically changed that I wouldn’t even mention his influence were it not for the fact that the par-boiling before baking is his idea. It allows you to get the meat properly cooked without burning that sugary sauce past edibility.

So these wings with their Chef Yan flair, may be a bit healthier than the classic fried version. But don’t worry, they are just as messy, and they can be as hot as you dare make them. 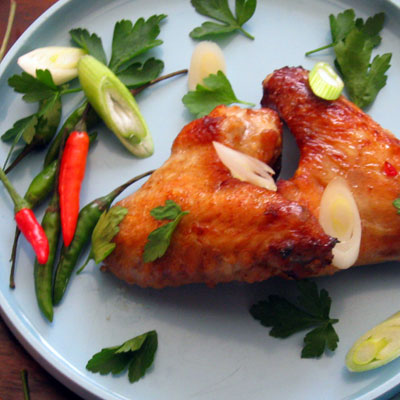 Preheat oven to 425 degree F. bring a large saucepan filled with water to a boil. Add 1 heaping tablespoon of kosher salt and the chicken wings. Cook for 5 minutes. Drain the wings and pat dry with a paper towel.

Using a mortar and pestle work the minced garlic into a paste. A pinch of coarse salt will aid in this process. Mix in 2 tablespoons Thai chili paste and the Chinese five-spice powder until well incorporated. Scrape this mixture into a very large bowl. Add the honey, soy sauce, rice vinegar, fish sauce, sesame oil, and Thai bird chile slices. Whisk well. Add the wings, stirring to get them well coated. Let the wings sit in the marinade about 1 hour, stirring them once or twice.

Arrange the wings in a single layer on two foil-lined baking sheets. Drizzle the wings with some of the marinade and put them into the preheated oven. Immediately turn the heat down to 375 degrees F. Bake for 15 minutes. Turn the wings over and drizzle on more marinade. Rotate the pans and bake another 15 minutes.

While the wings cook pour the marinade into a small sauce pan set over medium-high heat. Bring the liquid to a boil and then lower the heat to a simmer. Cover and keep warm until serving.

Once the wings have cooked pour them and all their pan juices onto 1 large serving platter. Drizzle the hot marinade over the top and garnish with green onions and cilantro. Serve hot with plenty of napkins. 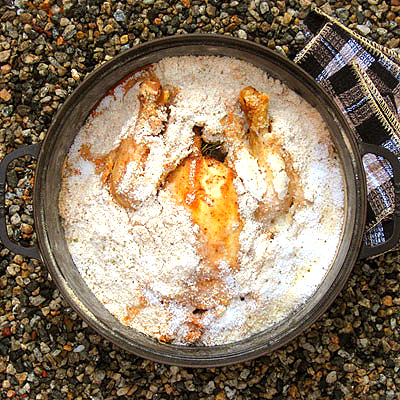