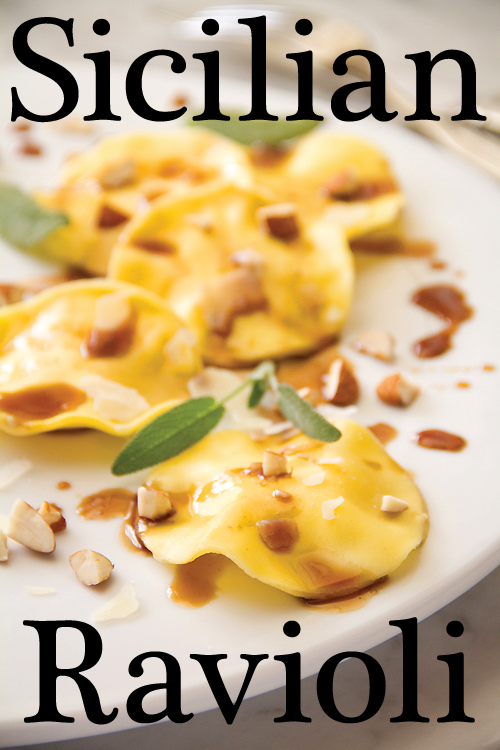 I was recently sent a copy of Sicilia in Cucina (The Flavors of Sicily) from SIME | BOOKS. You know I love cookbooks and one of my favorite things is to thumb through one every now and again and let folks know what I think.

Well to start, I think this is a beautiful book. That’s because this book is designed to be experienced in your hands and with your eyes (and maybe even your heart). It feels part travelogue, part photo album, as well as authentic regional cooking document. That’s partly because the editor of the book, William Dello Russo, has written extensively on Italian travel. His love of his native Italy shows itself well on every page. It’s easy to lose yourself in the romance of this book. Still, at its heart, it is indeed a cookbook. The way to judge a cookbook is not by its cover, but to actually cook something from it.

As I turned my attention to the recipes, I noted that this book seems to be written for experienced cooks. The directions are rather abbreviated. The author seems to expect the reader to know his or her way around an Italian kitchen. That may be because the text appears both in Italian and English. It’s a fun way to brush up on your language skills, but at first the cookbook author in me was a little put off by the casual approach. Though it was fun trying to slip inside the mind of an experienced Italian cook and wonder how he or she would handle things.

I chose to make Primosale Cheese Ravioli with Balsamic Vinegar Reduction and Roasted Almonds. I chose this simple recipe partly because I wanted to familiarize myself with a style of Italian cheese I was not used to working with primosale cheese. Which brings me to another observation. Tracking down some of the ingredients in this book might prove to be both a pleasure and a pain. Many of the ingredients won’t be familiar to North American cooks. You may find yourself turning to the internet to both define and source some things. I know I did.

What I learned in the process is that primosale is a cow’s milk cheese that comes in two styles. The Northern Italian version is soft and very fresh, similar to ricotta or queso blanco. But the Sicilian primosale is aged a bit longer and has a semi-soft texture. The cheese itself is best described as a fresh, young pecorino (Hmm. I thought all pecorino cheese was well-aged, see I learned something). I realize some cooks might be bothered by the extra effort these ingredients take to source or substitute. As for me, I consider it an adventure in furthering my knowledge about authentic Sicilian cooking. It’s what I most enjoyed about this book. 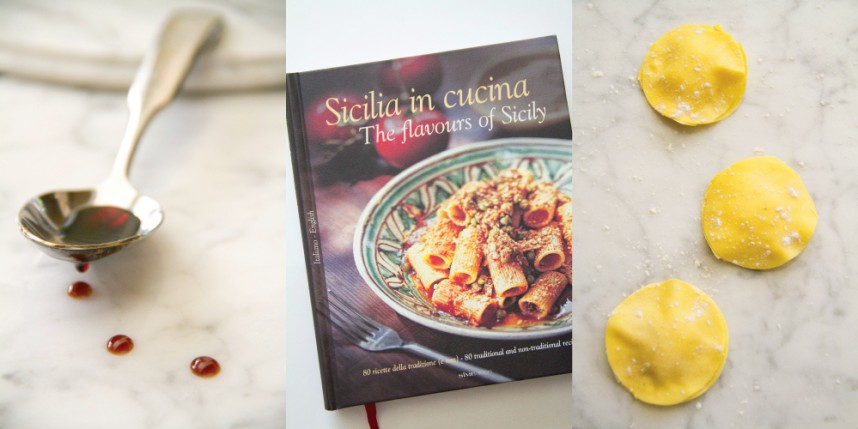 Once I had the cheese I was ready to tackle the ravioli. The recipe has a certain casual decadence that is both lush and impulsive. Which seems to sum up the entire cookbook in my mind. Lush. Impulsive. Romantic. It also feels very typical of the cooking I recall when I visited the island. Sicily has an identity all of its own. That’s because geographically speaking it’s closer both in distance and topography to Tunis than Naples. In fact, parts of it are closer to several African ports than to any part of mainland Italy. These facts helped Sicily’s food to develop separately and distinctly from the rest of Italy. It’s a hot, dry, predominately flat landscape. It seems more reminiscent of North Africa than most parts of Italy, and that is another determinate factor in its culinary past.

This partly explains why almonds are another rather frequent visitor to the cooking of Sicily. They grow all over the place. It’s not unusual to see almond trees growing in the wild right alongside other trees, like date and citrus. All of which found their way there on ancient trading ships and have established themselves quite nicely. They also work as a terrific foil to the lush and impulsive quality of sticky-sweet balsamic sauce drizzled on top succulent ravioli– filled with an unusual cheese. GREG 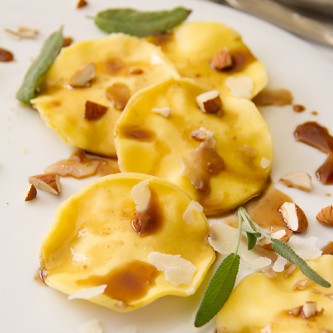 Make the ravioli filling: Finely chop or grate the cheese. Add it to the bowl of a food processor or blender along with a pinch of nutmeg and 2 egg yolks. Process on high until a smooth uniform mixture is attained. Set aside.

Form the raviolis: Using a 2 ½ to 3‑inch round cutter cut the dough into 30 discs. Working one at a time place about ½ tablespoon in the middle of half the discs. Use water to moisten the edge with the tip of your finger. Place a second disc on top; pinch the edges closed with your fingers. Repeat until all the discs are filled. Cover in plastic wrap and set aside.

Make the reduction and almonds: Place the oven rack in the top position and pre-heat the oven to 400 degrees F.

Meanwhile, heat the balsamic, sugar, and 2 sage leaves in a medium saucepan set over medium-high heat. Just before it begins to boil lower the heat to a simmer and let the liquid reduce until a syrupy consistency is achieved, about 8 minutes. Remove from heat and stir in a pinch of cracked black pepper.

Once the oven is hot spread the nuts onto a baking sheet and toast in the oven about 8 minutes; remove from oven and chop coursely.

To plate: Steam or boil the raviolis. Place 5 warm raviolis on 6 warm plates, drizzle on a spoonful of the balsamic reduction and sprinkle each with chopped almonds. Garnish with sage leaves and aged pecorino. 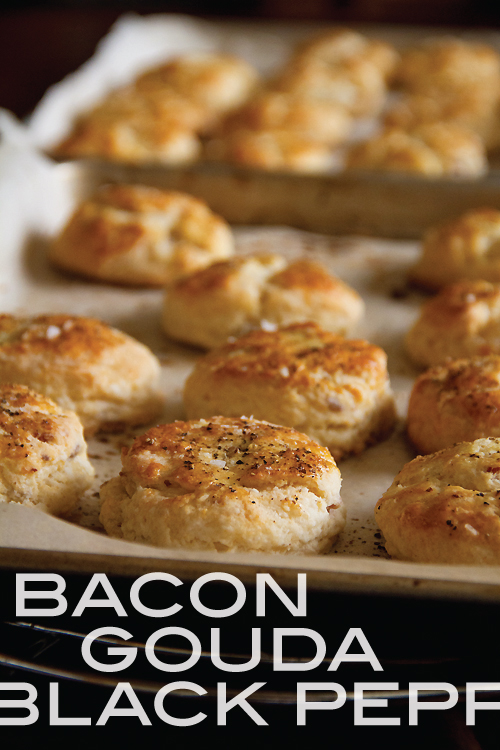 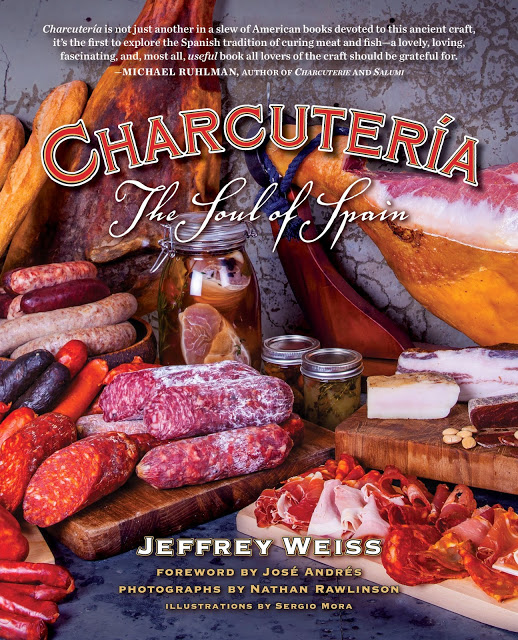