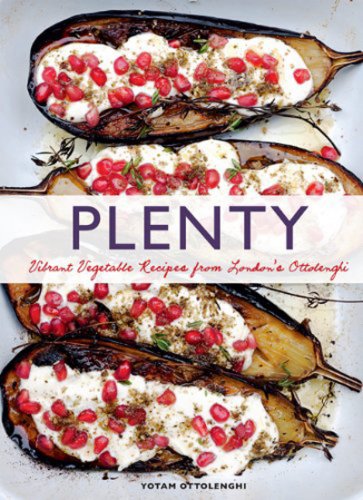 I asked Andy from Wind Attack to handle this month’s cookbook review for me. He is one of my co-hosts at The Table Set so I know firsthand how knowledgable he is about cooking. The book I chose for him was Plenty by Yotam Ottolenghi, a London restaurant chef. I just knew the moment I received this book that it belonged in Andy’s hands. GREG

When Greg asked me to do a guest post on a new cookbook it wasn’t hard to say yes.

I held the book in my hands, hard bound, yet soft to the touch. On the first glace what appeared to be roasted eggplants with fresh mozzarella, roasted tomatoes and herbs, the cover image seduced me instantly.

I didn’t realize it at the time, but this wasn’t my first experience with this cookbook. A few months earlier, I was visiting another blog friend in San Francisco. She works for the publisher of this book and had an advance copy on her shelf. During my visit, she cooked one of the recipes for me: Bánh xeo, vegetable-stuffed Vietnamese rice pancakes!

It was only later as I browsed the recipes inside that I remembered this dish and that I realized that my eyes mistook me. The cover image was in fact roasted eggplants with buttermilk sauce and pomegranate. 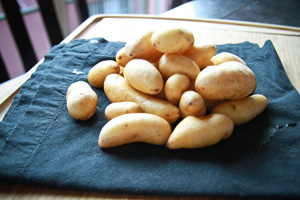 Clearly, it wasn’t quite “so me” as we originally thought. True, both renowned London chef Yotam Ottolenghi and I cook in a style that has a heavy emphasis on fresh, seasonal vegetables presented in beautiful and creative ways. A style of cooking that presents countless possibilities of delicious combination. In Plenty, Ottolenghi presents many ideas that I, however, would never have thought of on my own.

It’s no secret that I have trouble following recipes. My own intuitions and ideas constantly interfere with what’s written on the page. That’s why I love cookbooks like Plenty. They serve to dish out ideas and inspiration more so than recipes.

I can’t tell you how much Ottolenghi’s ideas on food have permeated my cooking style already. There are Middle Eastern and Asian influences all over the book and it has renewed my interest in shopping at ethnic markets.

I recently walked to my neighborhood Asian grocery and stocked my pantry with dark soy sauce and sweet soy sauce (kekap manis), which under Ottolenghi’s guidance produced a crisp and caramelized black pepper tofu that had even hard core meat eaters begging for more.

But when it came down to picking one recipe to talk about for this blog post, I went for something far less exotic. Something so simple that it surprised me that I had never thought of it before. A pesto-based potato salad! 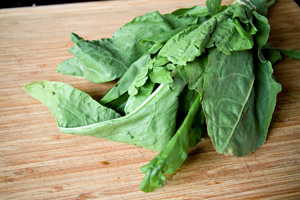 Small new potatoes, boiled then tossed warm with a fresh basil pesto, wine vinegar, petite peas, boiled quail eggs, and sorrel. Sorrel being an ingredient I somehow had never cooked with before, and would probably have never thought to buy if I hadn’t decided to try this recipe. It’s subtly lemony and minty
freshness is a smart compliment to parsley, which also finds a home in this recipe.

Undoubtedly the most difficult part of this recipe was working with the quail eggs. Admittedly, I’ve never boiled quail eggs before. I ended up boiling them a bit past the perfect soft-boiled point illustrated in the book and not a single one stayed perfectly in tact through the peeling process.

I wish the book would provide a little more instruction for tricky processes such as peeling quail eggs. The book isn’t written for the novice, and perhaps has made me realize I need to step up my game. 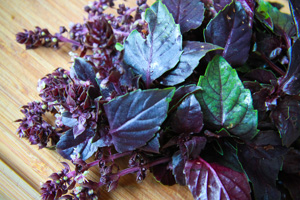 As I mentioned, I do have a hard time following recipes. However, I don’t feel bad making a few seasonal adaptations to Ottolenghi’s recipe. Rather than using peas, I decided to use fresh fava beans, which are currently abundant at the Hollywood Farmer’s market. I was also seduced by the gorgeous opal basil at the market, so I swapped that for the Italian standard implied in the recipe.

Like most of the dishes in the book, this potato salad isn’t intended to be a main dish, but rather a substantial side. However, a meat main isn’t necessarily what Ottolenghi is after (or me either). We are also both what he calls “pragmatic vegetarians, those who have excluded meat or fish from their diet to some degree, but are not completely put off by the notion.” I served it with two other vegetable dishes and toasted bread with fresh goat cheese and roasted garlic. It was a light, yet flavorful summer dinner.

Place the quail’s eggs in a saucepan, cover with cold water and bring to the boil. Simmer for between 30 seconds (soft-boiled) and two minutes (hard-boiled), depending on how you like them cooked. Refresh in cold water, then peel.

Blanch the peas (or fava beans) in boiling water for 30 seconds, then drain and refresh. Set Aside.

In a separate pan of boiling water, cook the potatoes for 15 to 20 minutes, or until they are soft but not falling apart.

While the potatoes are cooking, place the basil, parsley, pine nuts, parmesan and garlic in a food processor and blitz to a paste. Add the oil and pulse until you get a runny pesto. Pour into a large bowl.

Drain the potatoes, then cut in two (or more pieces for larger potatoes) as soon as you can handle them (they will absorb more flavor when hot). Add to the bowl and toss with the pesto, vinegar, sorrel, and peas. Mix well, even crushing the potatoes slightly, so all the flavors mix. Taste and adjust the seasoning; be generous with the pepper. (I ended up adding much more vinegar than prescribed).

Cut the eggs in half and gently fold into the salad. Garnish with chopped parsley. 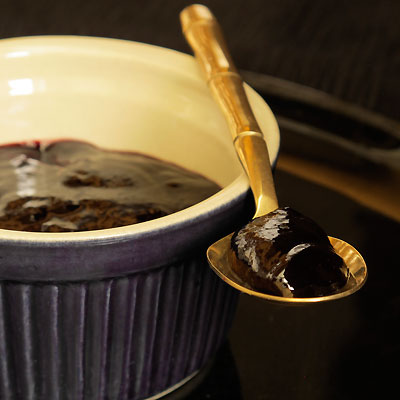