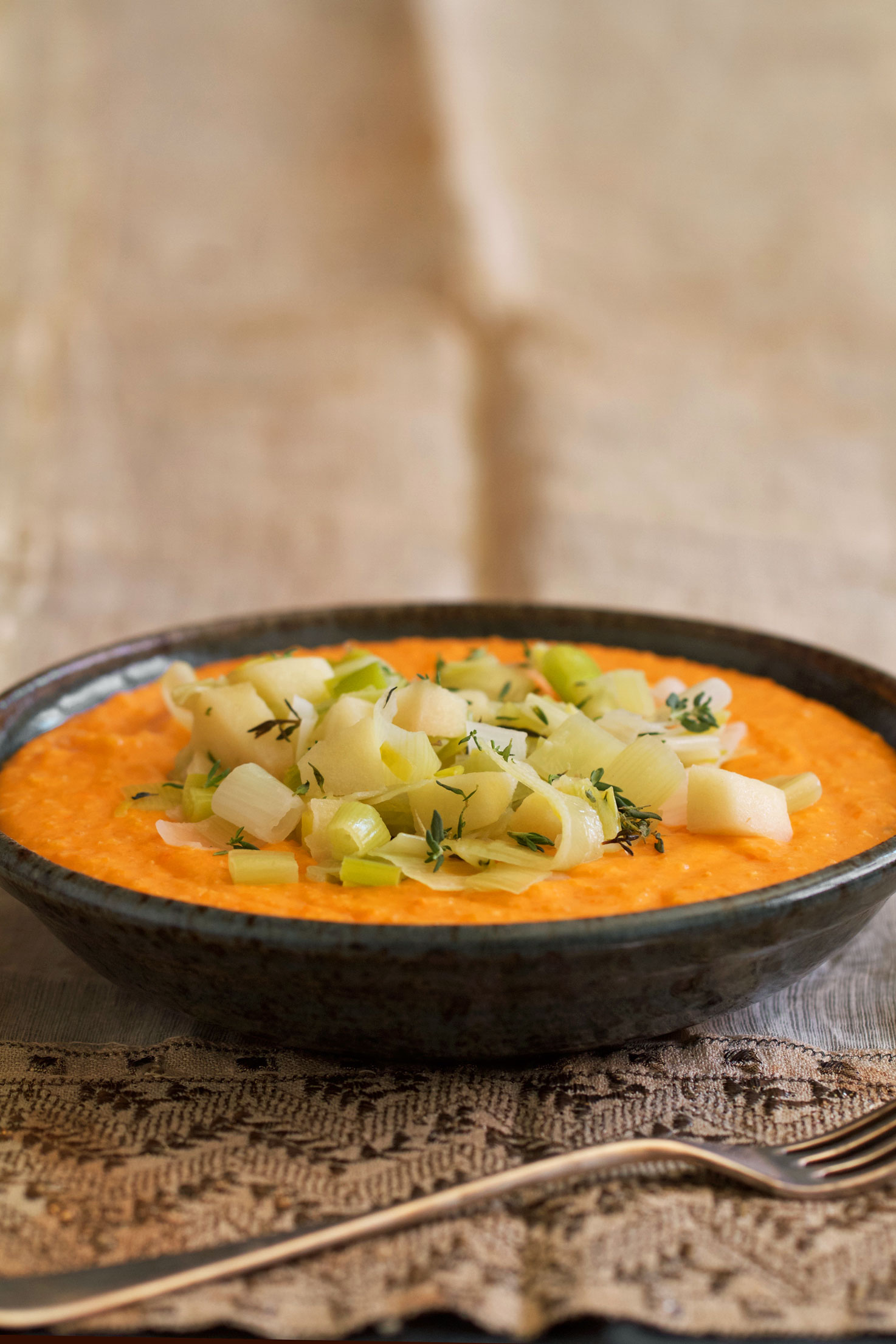 Sweet Potato Grits with Apples and Leeks. Grits are a Southern thing. Leeks are a French thing. And sweet potatoes, seem to be my thing lately. I honestly believe you can make the world a better place by eating more sweet potatoes.

Preheat the oven to 375 degrees F.

Prepare the grits: Peel and halve the sweet potatoes lengthwise. Place them in a parchment-lined shallow baking dish along with about 1 tablespoon of water. Cover tightly with foil and bake in the oven until soft, about 30 minutes. Let the potatoes cool somewhat then mash them with a fork and add them to a blender along with ¼‑cup milk. Puree until smooth. Set aside.

Meanwhile, bring the remaining 1 ½‑cup milk, 1 ½‑cup water, and a big pinch or two of salt to a boil in a large pot with a lid set over high heat. Reduce the heat to medium-low and pour in the grits in a slow steady stream, whisking the whole time. Continue to whisk often until the grits thicken, about 10–12 minutes. Add the pureed sweet potatoes, Cheddar, Gouda, cream cheese, and a couple of big pinches of salt. Whisk until well-combined. Turn the heat off and cover the pot.

Prepare the apples and leeks: Heat 2 tablespoon butter in a large skillet with a lid over medium heat until melted and foaming. Stir in the sliced leeks and season with salt. Cover and cook, stirring occasionally until the leeks are wilted, about 3 to 4 minutes. Remove the lid and stir in the apple chunks along with about half of the thyme leaves. Cook stirring often until the apples have softened somewhat but are not mushy about 3 minutes.

To serve: Spoon the gits into a serving bowl, add the apple and leeks. Garnish with remaining thyme leaves and serve immediately. 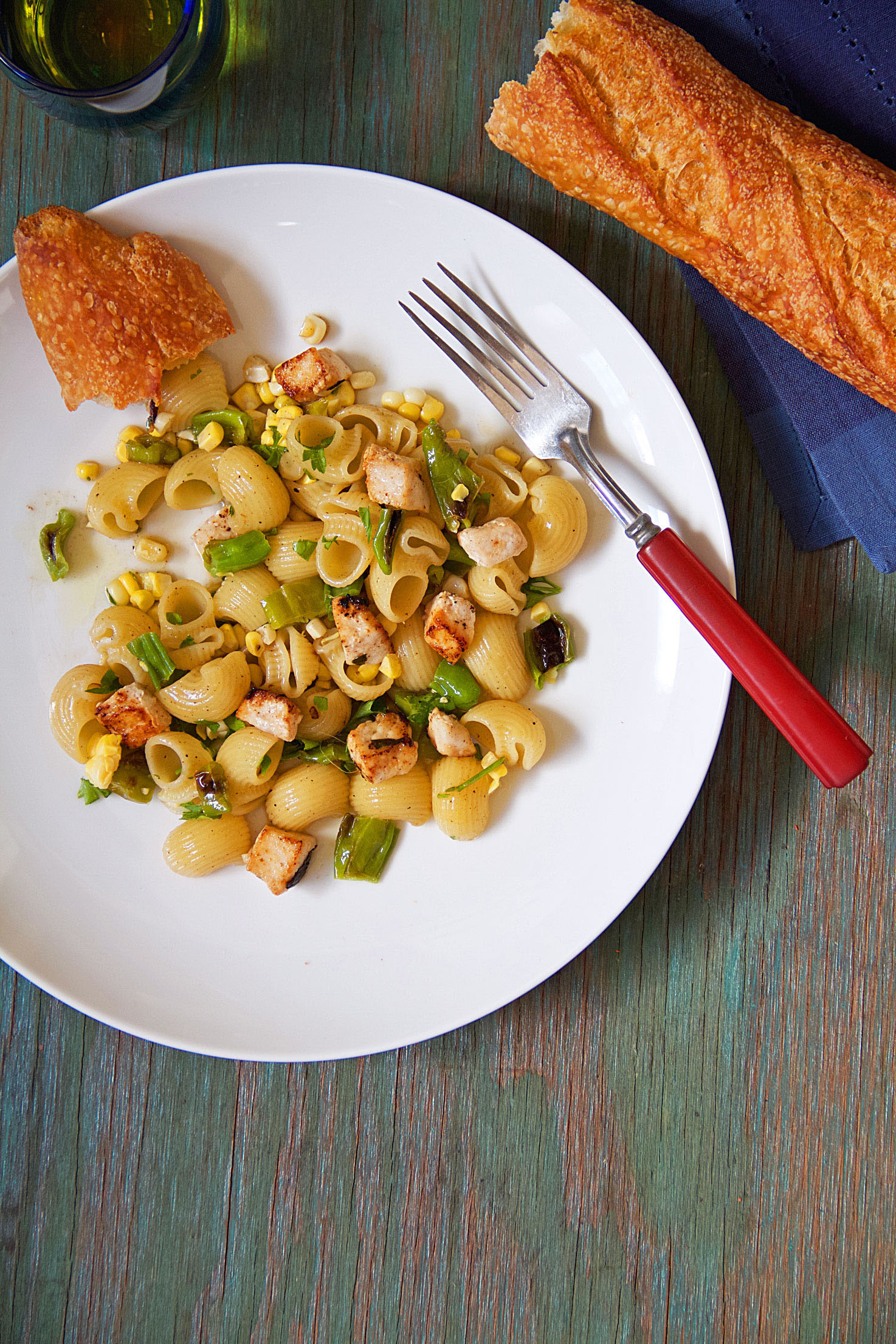 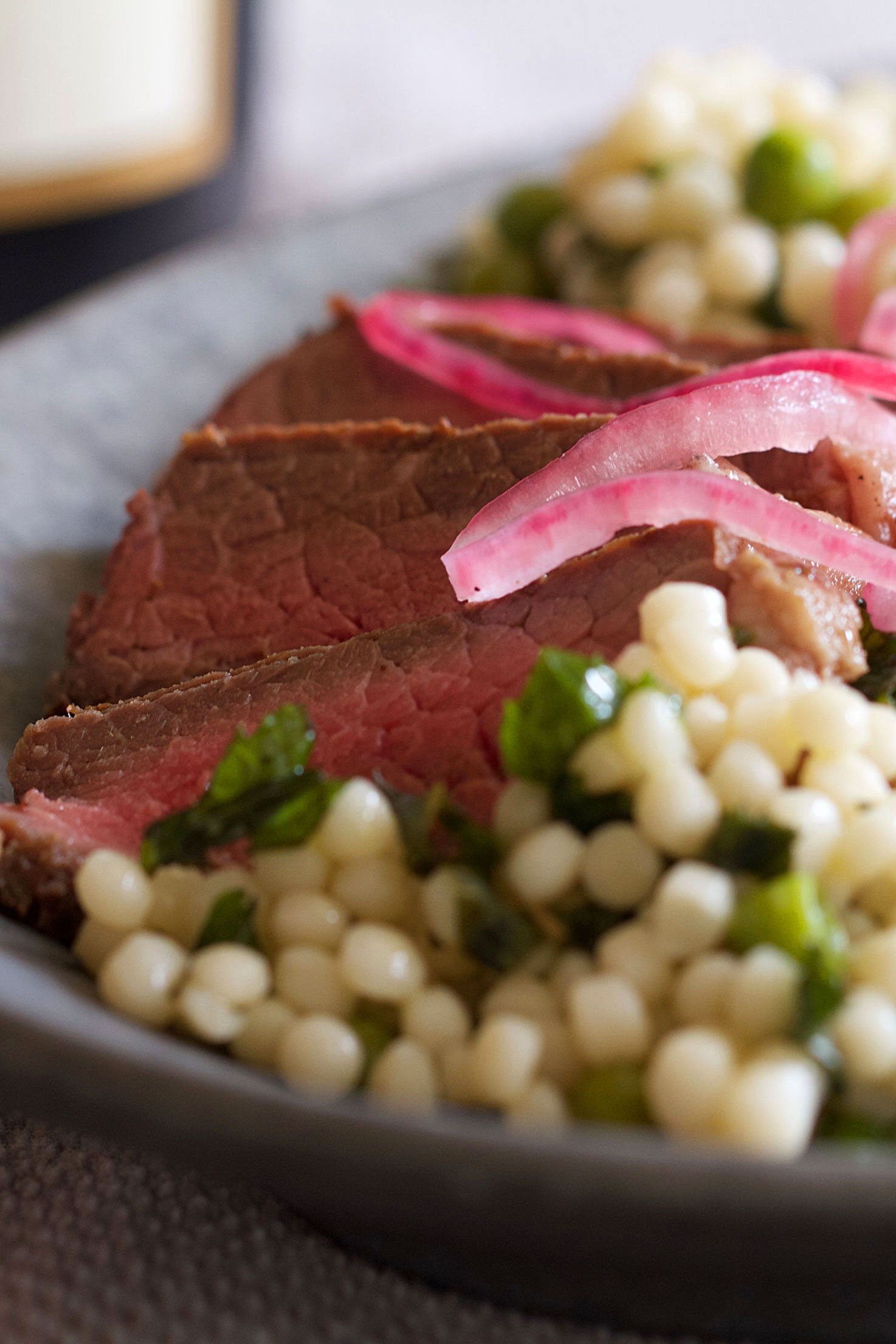