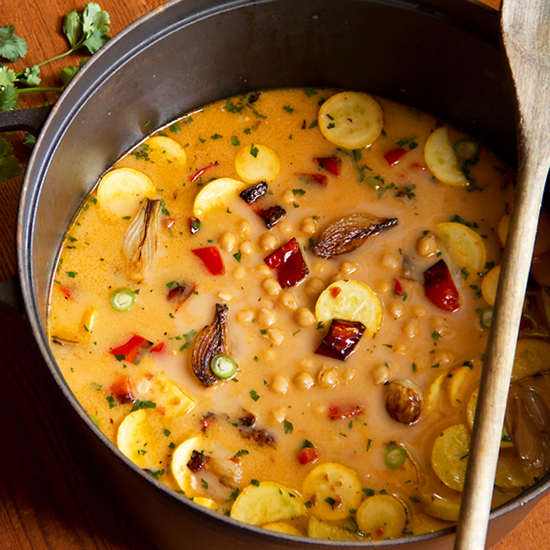 This version of Spicy Chickpea Stew with Coconut Milk was adapted from Chef Cathal Armstrong. It’s a simple stew that comes together in just a few minutes, making this a rare example of a summer stew. The spiced up Asian flavors also suit the warm weather. 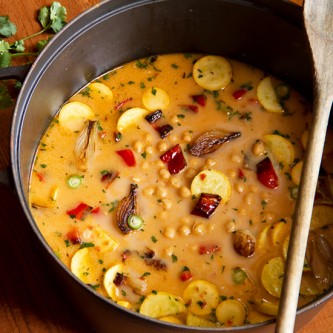 Heat the olive oil over medium-high heat in a large Dutch oven. Add the onions and cook, gently stirring often, until nicely browned on all sides, about 5 minutes. Using a slotted spoon transfer the onions to a medium bowl. Add the bell peppers the the Dutch oven and repeat the process, moving them to the same bowl as the onions once browned.

Leaving the oil in the pot add the garlic, ginger, and sambal oelek. Cook, stirring, until the mixture darkens, about 1 minute. Add the stock and bring the mixture to a boil. Lower the heat to a low simmer. Add the chickpeas, sliced squash, browned onions, browned bell pepper, and coconut milk. Cover and simmer until the flavors come together, about 8 minutes.

Raise the heat to medium. Cook, stirring gently, until the soup is hot enough for serving, but don’t bring it to a boil. Stir in the minced cilantro, lemon juice, thai bird peppers (if using), and a pinch each salt and pepper. Garnish the stew with whole cilantro and serve with toasted bread. 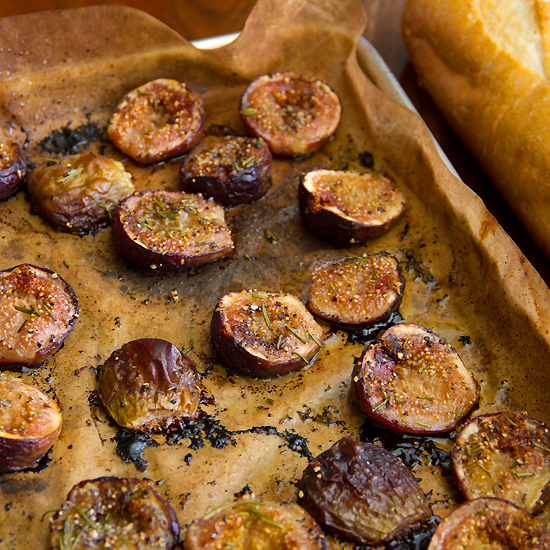 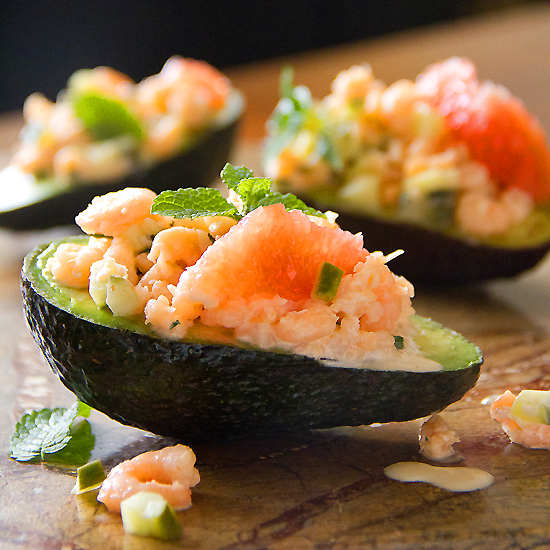