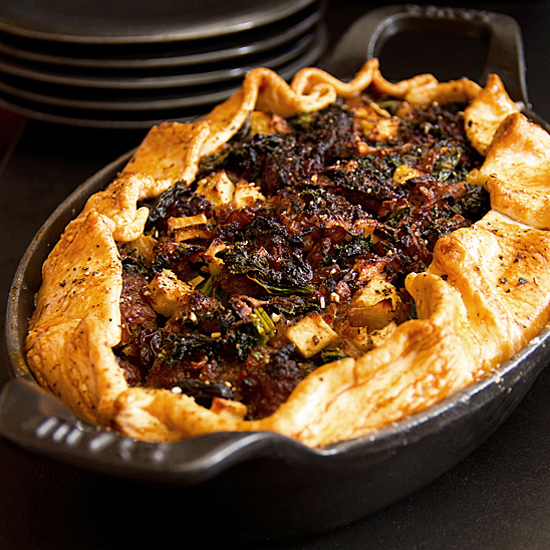 This Sweet Sausage, Kale and Apple Pie is the most casual of pies. Once the dough is rolled out it is simply draped inside a casserole dish and filled. 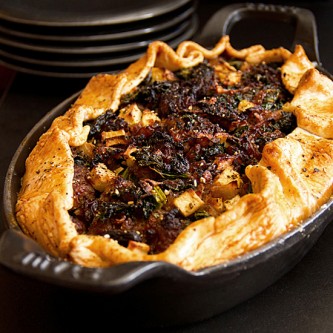 Make the crust: Pulse 2 ½ cups flour and ¼ teaspoon salt in a food processor until combined. Add butter, and process until mixture resembles coarse meal, about 10 seconds. With machine running, add about ¼ cup ice water in a slow, steady stream until dough just comes together in jagged clumps (no longer than 30 seconds). Divide dough in half, shape each into a disc, and wrap in plastic. Refrigerate dough for at least 1 hour (or up to 2 days), or freeze for up to 1 month.

Place diced apple into a large bowl; set aside.

Meanwhile, in a large skillet, heat oil over medium heat. Add sausage and cook, breaking up meat with a wooden spoon, until well-browned, about 8 minutes. Using a slotted spoon transfer the sausage to the bowl with the apple, leaving the fat in the pan.

With the heat still set to medium, add onion to the skillet you cooked the sausage in, season generously with salt and pepper; cook stirring often until just beginning to color, about 8 minutes. Add kale and raisins and cook, stirring often, until kale is tender; about 8 minutes. Remove from heat; taste and adjust seasoning. Scrape the kale and onion mixture into the bowl with the sausage and apples. Stir to combine.

On a lightly floured surface using a lightly floured rolling pin roll out one disc of dough to about a 13-inch round, a generous 1/8‑inch thick (save the other disc for another recipe). Trim it neatly using a 12 or 13-inch plate if you like. Carefully fold rolled dough in half, and slide onto the rolling pin. Transfer it to a 10-inch x 7‑inch x 2‑inch deep oval baking dish. Unfold dough easing it gently into the baking dish, allowing it to evenly drape over both long sides without stretching. Fill to heaping with kale and sausage mixture. Fold draped edges of dough loosely over filling, creating attractive undulations. They need not meet in the center. Move the pie to the refrigerator to chill at least 10 minutes. Once chilled, brush exposed dough with the egg wash. Lightly season the top of the pie (including the crust) with more salt and pepper.

Place the pie on a rimmed baking sheet and bake in heated oven until crust is crisp and dark golden brown, 45 to 50 minutes. Serve hot, warm, or at room temperature. 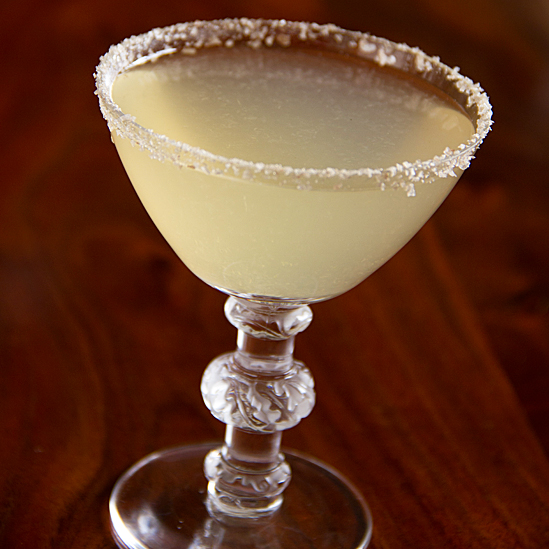 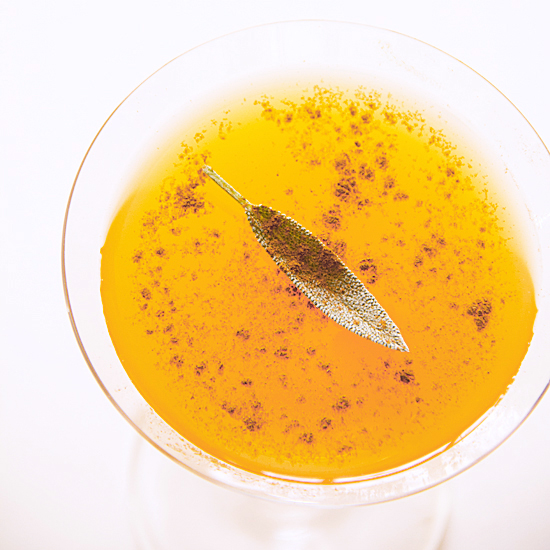