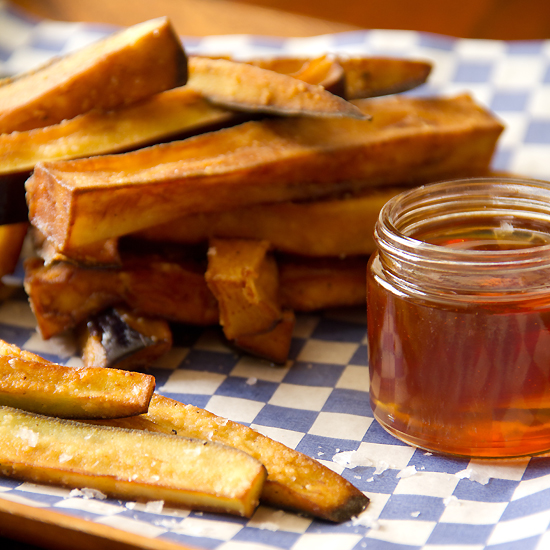 Eggplant fries with honey and sea salt. I stole this idea from Poppy, a restaurant in Seattle, WA. It’s such a simple presentation but I promise you’ll find this combination irresistible. 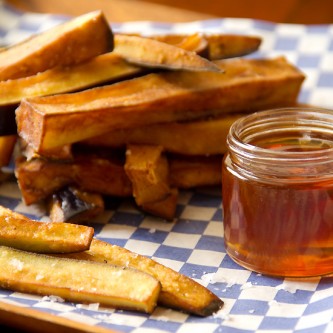 Place the eggplant strips in a large bowl. Add ice and enough water to cover. Place a plate on top of eggplant to weigh it down. Cover and chill for at least 2 hours and up to 12 hours.

When ready to fry, heat the oil in a deep fryer to about 360 degrees F.

Meanwhile, whisk rice flour, garlic salt, and pepper in a medium bowl to blend. Drain eggplant in a colander, then working in batches, toss damp eggplant in rice flour mixture to coat.

Fry eggplant in batches to avoid crowding, rolling them in the oil occasionally, until golden brown; 3–4 minutes per batch. (Reheat oil to 360 degrees F between batches.)

Transfer the cooked fries to a paper towel lined plate to drain. Season with sea salt while hot. Serve immediately with a drizzle of honey. 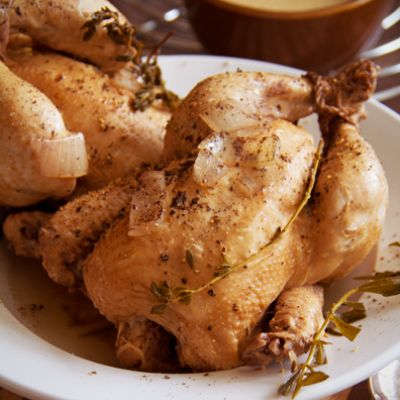 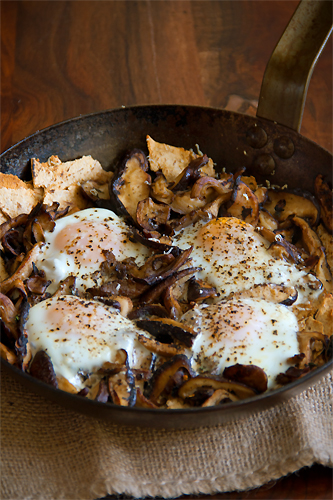