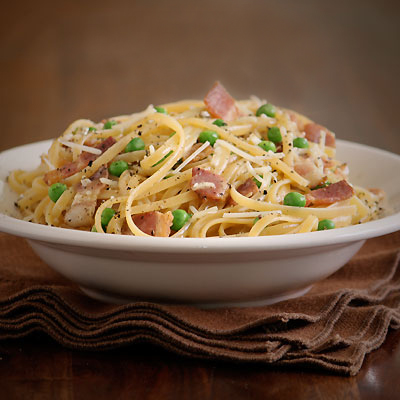 This is not exactly a traditional version of the great pasta dish. It was inspired by Judy Rodgers and her memories of Rome and Pasta alla Carbonara.

Heat the bacon, olive oil and garlic in a large heavy bottomed skillet over medium-low heat, stirring occasionally, until it begins to render some fat. About 6 minutes.

In a medium-sized bowl lightly beat the eggs and ricotta together.

Bring a large pot of water to a boil. Add 2 tablespoons salt and the pasta. Stir and cook according to package directions until al dente.

Raise the heat under the bacon to medium-high, and cook the bacon until crispy on the edges, but still chewy in the center. Turn of the heat.

Drain the pasta and transfer it to the skillet with the bacon. The pan should still be hot enough that the pasta sizzles. Add the peas and the egg ricotta mixture. Toss the pasta distributing the cheese and cooking the egg somewhat. Add most of the Pecorino Romano.

Serve in warm bowls with a good grinding of black pepper and extra Pecorino Romano on the side. 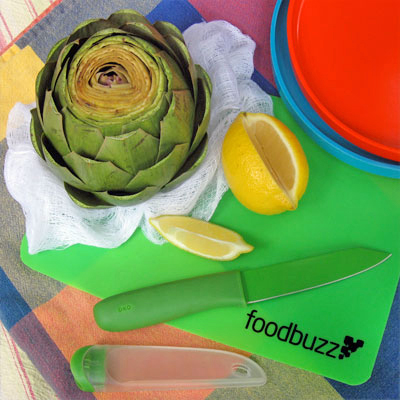 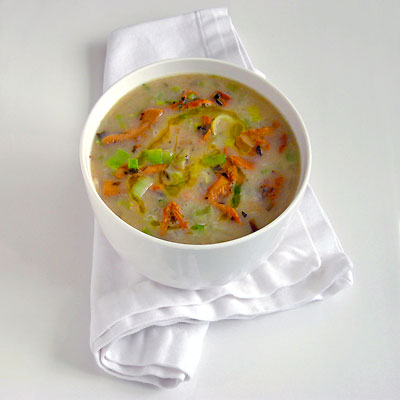