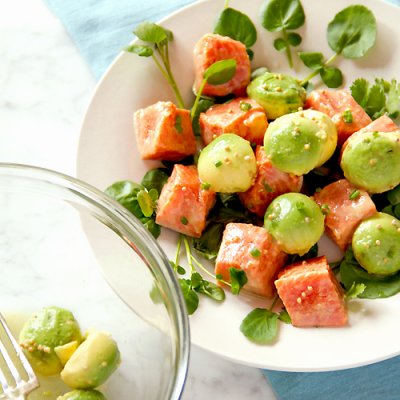 The salmon in this Marinated Wild Alaskan Salmon and Avocado Salad with Watercress is served raw. But that’s really a bit confusing because marinating it is the very acidic mustard vinaigrette ‘cooks’ the fish and changes its texture. Even if you don’t like raw fish I think you should try this method. However this salad would also be delicious with chunks of poached salmon.

In a large bowl whisk together the apple cider vinegar, Dijon mustard, honey, and garlic together until well incorporated. Mix the oils together in a small pitcher. Pour the oils into the vinegar mixture in a slow, steady stream, whisking constantly until fully emulsified. You may alternatively shake the ingredients together in a covered jar and pour the emulsified vinaigrette into the large bowl. Season with salt and pepper.

Place the salmon cubes into the large bowl with the mustard vinaigrette. Toss to thoroughly coat the fish; cover and refrigerate 4 to 8 hours. During this time roll the fish around in the bowl once in a while to assure even marination.

Just before serving. Slice the avocados in half and remove the pits. Use a 1‑inch melon baller to make as many nicely formed balls as possible, placing them in a medium bowl as you work. Pour the lemon juice over them to keep them from discoloring. Toss gently to combine.

Plate each salad individually by dividing the watercress and cilantro evenly between four salad plates. Drain the salmon and avocado, discarding the liquids. Divide the salmon and avocado between the plates. The liquid that clings to them should be enough dressing, but a plain vinaigrette could be added if you wish. Garnish each with whole mustard seeds and minced chives. Season to taste with more salt and pepper if you like. 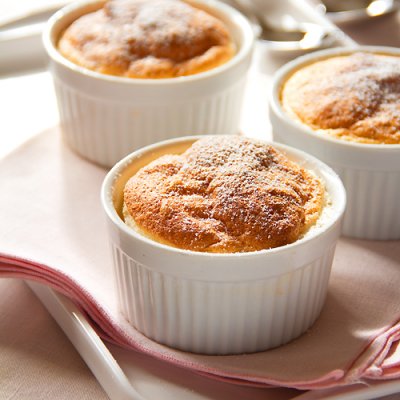 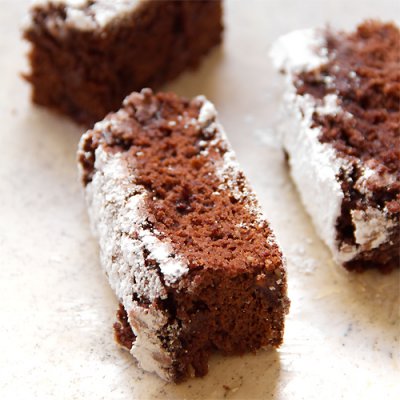