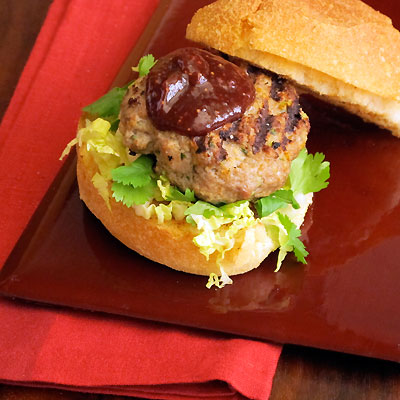 Duck sliders. Both familiar and exotic. Crunchy Napa cabbage and sweet savory fig ketchup complete this burger with a lot of panache.

In a medium sauce pot, toast the coriander and cumin over medium heat until fragrant, about 1 minute. Add the roasted figs and tomatoes, scrapping up as much of the juice and crusty parts as possible, palm sugar, vinegar, pomegranate molasses, cayenne pepper, cinnamon stick, and bay leaf. Raise the heat to high and cook until the mixture reaches a boil, then reduce the heat to low and simmer until it’s thick and jam-like, about 30 minutes. Let cool.

Discard the cinnamon stick and bay leaf. Use a blender or food processor to thoroughly puree the mixture, adding a splash of extra vinegar to achieve the proper consistency if necessary. Taste and adjust acidity with more vinegar to taste. Refrigerate for several hours before using.

Make the duck patties: Remove the skin from the duck breasts, then roughly chop them. Place the duck breasts and 1 of the skins (also chopped) in the bowl of a food processor and pulse 6 or 8 times until well combined and the texture resembles slightly wet, coarsely ground beef.

Transfer the duck mixture to a large bowl. Roughly chop about half of the cilantro. Add ½ cup panko breadcrumbs, scallions, the chopped cilantro, five-spice powder, sriracha sauce, salt and pepper to the bowl. Next, handling the meat as little as possible to avoid compacting it, mix well. You be the judge if you think you need more breadcrumbs, add too many and the burgers will get rubbery, but the meat should hold together when pinched (but just barely). Divide the mixture into 12 equal portions and form the portions into patties to fit the pandesal rolls.

Grill and assemble the sliders: Prepare a medium-hot fire for both direct and indirect cooking in a charcoal grill with a cover, or preheat a gas grill to medium-high.

Brush the grill rack with vegetable oil. Place the patties on the direct heat area of the rack, cover, and cook, turning once, just until done, about 2 to 3 minutes on each side. Watch for flare ups. During the last few minutes of cooking, place the pandesal rolls, cut side down, on the indirect edges of the rack to toast lightly.

To assemble the burgers, place some shredded Napa cabbage, cilantro leaves onto the roll bottoms, place a duck slider on top. Spoon on some of the fig ketchup to taste. Add the roll tops and serve. 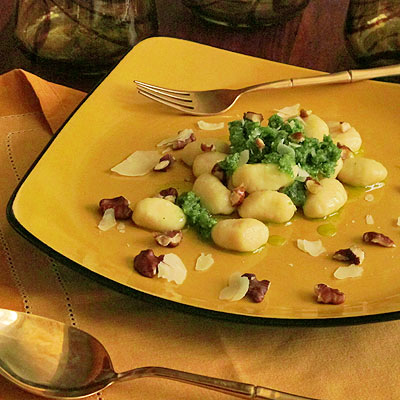 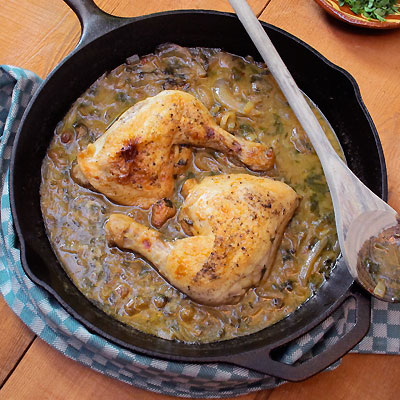