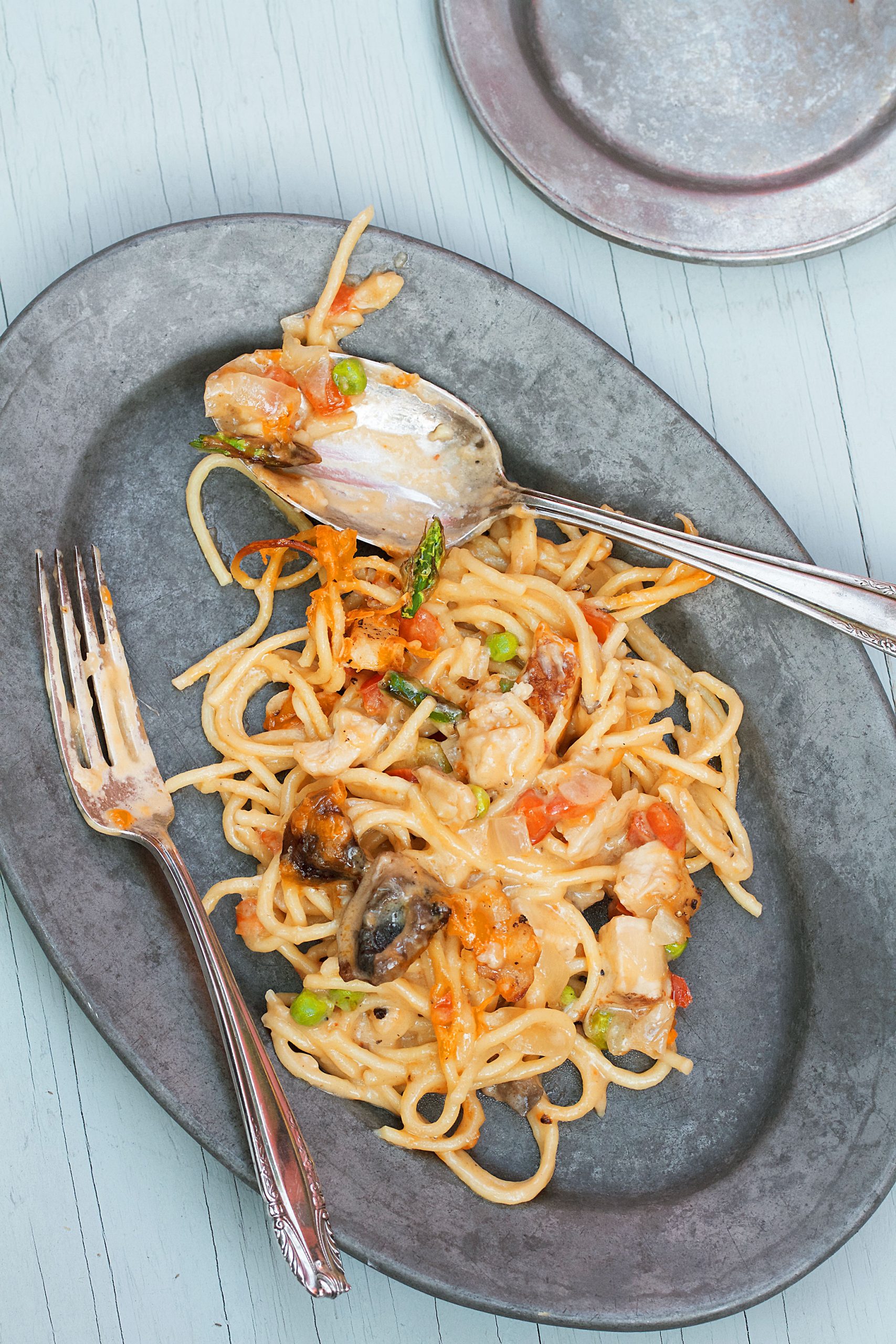 Set the oven rack in the center position. Preheat oven to 350° F.

Melt the butter in an 8‑qt or larger saucepan set over medium. Add the onion and a pinch of salt and black pepper; cook until soft, about 5 minutes. Add the mushrooms and the red bell peppers and cook until the mushrooms are cooked and the vegetables are very soft about 8 minutes. Add the flour and crushed red pepper flakes and cook 2 minutes, stirring and scraping the bottom with a wooden spoon the whole time.

Pour in the stock and the milk and cook stirring often until thickened, about 5 minutes. Stir in the chicken, half the cheddar, the parmesan, and vermouth (if using). Stir until the cheese has melted, about 2 minutes. Turn off the heat and set aside.

Meanwhile, in a generously salted pot of boiling water add the spaghetti and cook, stirring occasionally, until al dente, about 8 minutes. Drain, then add the spaghetti to the pot with the sauce and stir in peas and asparagus. Season with salt and pepper and spread evenly into a 9‑by-13-inch baking dish. Top with remaining cheddar and bake until golden and bubbly, about 35 minutes. Let rest 5 to 10 minutes before serving. 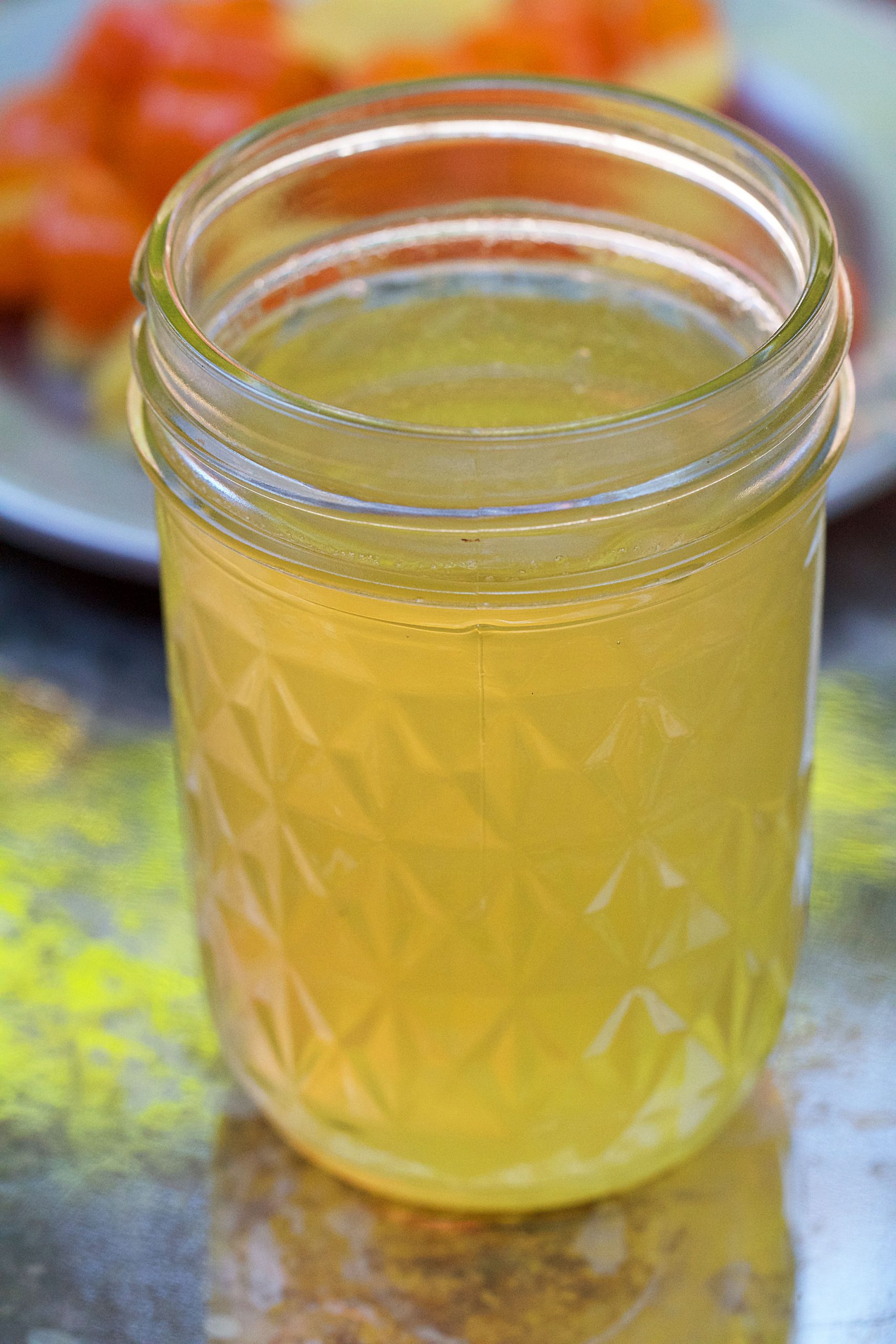 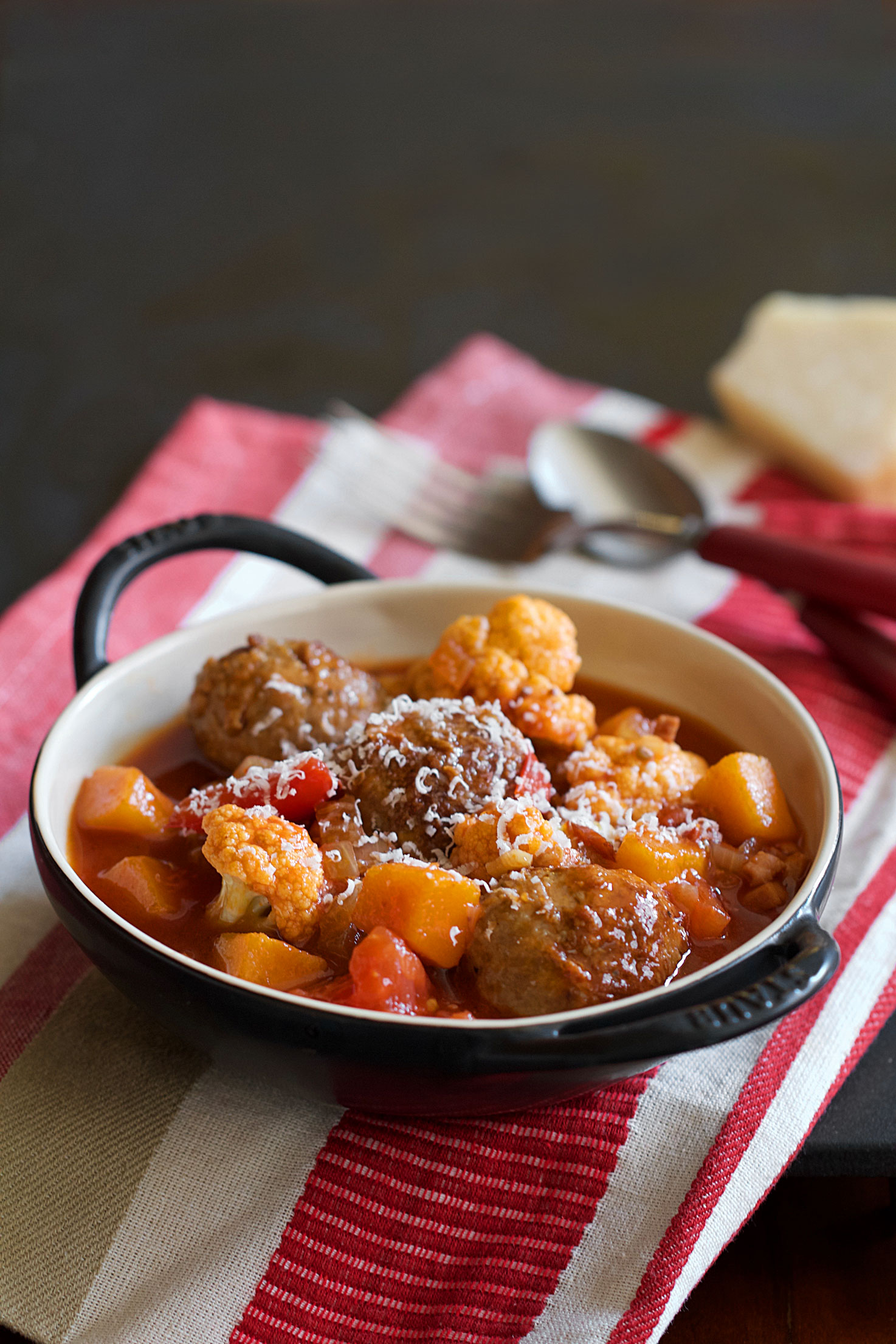