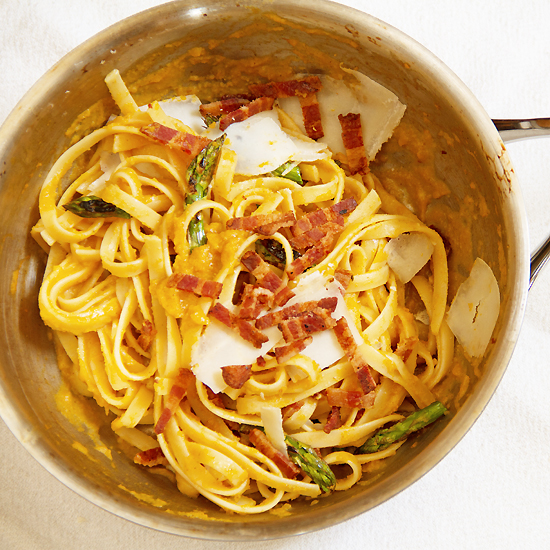 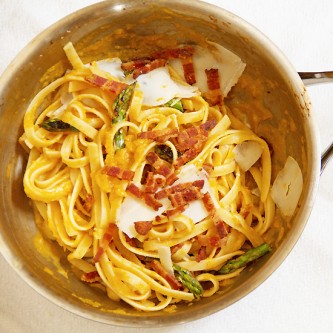 In a large bowl toss squash, onion, garlic, half the sage, the thyme and a pinch of nutmeg with olive oil. Pour the mixture onto a rimmed parchment-lined baking sheet. Season with salt & pepper, then roast in the oven until very soft and lightly caramelized, about 45 minutes. You may need to stir the vegetables and rotate the baking sheet halfway through to assure even roasting.

Meanwhile, place bacon into a large cast iron or non-stick skillet, turn the heat to medium and cook, stirring occasionally, until crisp, about 8 minutes. Add remaining sage and toss to coat. Using a slotted spoon, transfer bacon and sage to a medium bowl; set aside. Discard the fat in the pan and wipe the skillet mostly clean with a paper towel, leaving a slick of fat in which to cook the asparagus tips.

Return the skillet to medium heat, add the asparagus tips in a single layer and cook without disturbing until they begin to brown, about 3 minutes. Carefully toss the asparagus tips to turn them and continue cooking until barely cooked through, 1 to 2 minutes more. Transfer to the bowl with the bacon and sage.

Remove squash mixture from oven. Turn off oven. Discard garlic pieces and put the remaining squash mixture into the large skillet you just used for the bacon; season with salt and pepper. Turn the heat to high, add broth and bring it to a boil, reduce heat, and simmer until squash is soft and liquid is reduced by half, 15–20 minutes. Let cool slightly, then purée in a blender until smooth; season with salt and pepper if necessary. Continue to reserve skillet. 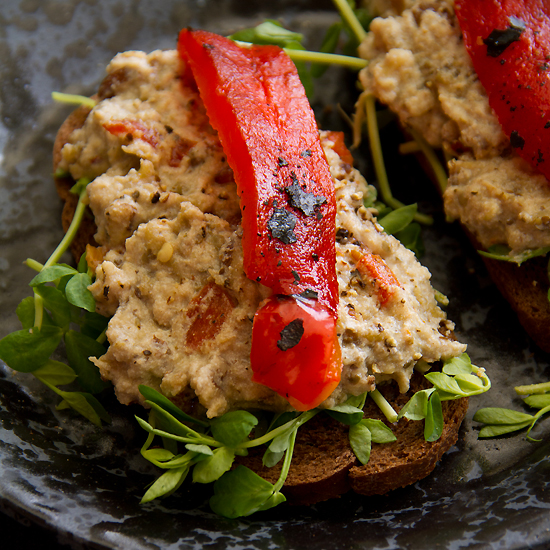 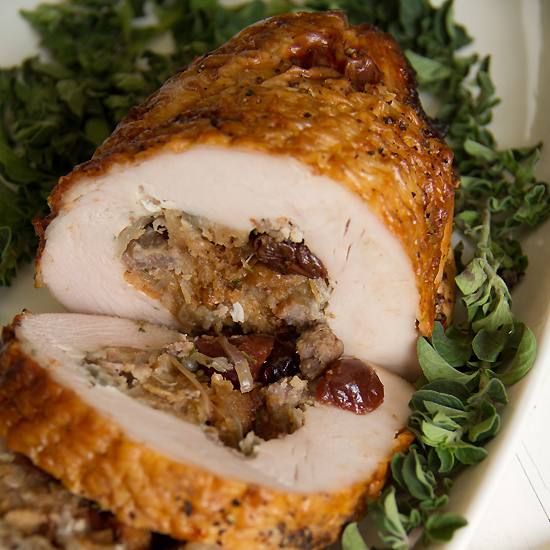