Braised Fennel with Cannellini and Bacon 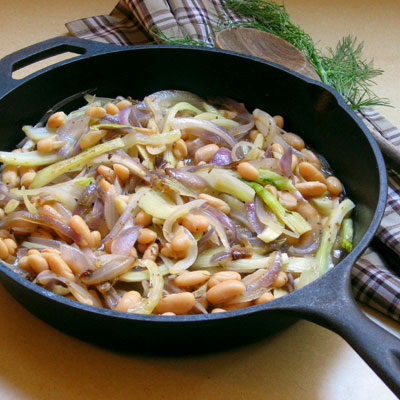 Serve this as a side dish or over toast, either way it’s flavorful and satisfying.

Braised Fennel with Cannellini and Bacon

Heat a large large, heavy sautÃ© pan over medium-high heat. Add the bacon pieces and cook until almost crisp. Using a slotted spoon transfer the bacon to a paper towel lined plate. Discard all but about 2 tablespoons of the bacon fat. Add fennel and onion to the same pan; cook, stirring occasionally, until tender and edges are brown, about 10 minutes.

Add beans, stock, chopped oregano, red pepper flakes, 1‑teaspoon salt, and ¼ teaspoon pepper. Cook, stirring occasionally, until liquid has reduced by about half, 3 to 4 minutes. Stir in vinegar and butter; remove from heat. Garnish with oregano leaves. Serve as a side dish or over toast as a rustic meal. 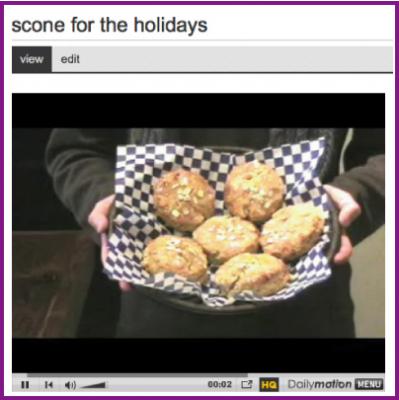 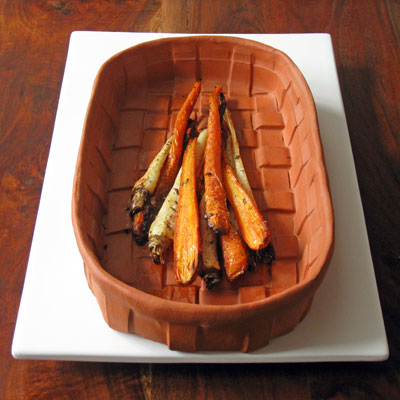