“Mexican chorizo is my jam. I add it to a ton of dished when I’m in the kitchen, but my favorite use of this chorizo is in my avocado breakfast hash. The smoky and spicy notes of the chorizo play perfectly with the avocado and roasted potatoes, and together it wakes you right up in the morning.”  Gaby Dalkin from her book Absolutely Avocados.

Scrub the potatoes under water to remove any dirt. Cut the potatoes in 1⁄2‑inch cubes. Transfer the potatoes onto a non-stick baking sheet, drizzle with 2 tablespoons of olive oil, season with salt and pepper, and toss with your hands to combine. Make sure the potatoes are in a single layer on the baking sheet, transfer to the oven and bake for 30 to 40 minutes, until they are tender and done, tossing every 15 minutes to ensure they are evenly cooked.

While the potatoes are in the oven, put a large heavy bottom skillet over medium heat and add the remaining tablespoon of olive oil. Add the Mexican chorizo to the skillet and break up with a wooden spoon. Cook, stirring and breaking up the chorizo, until it is browned and crisp, about 10 minutes. Using a slotted spoon, remove the chorizo from the skillet and set aside. The chorizo will have left some fat in the skillet; leave the fat there for the vegetables.

Remove the seeds and ribs of the red bell pepper and cut the pepper and yellow onion in 1⁄2‑inch cubes. Transfer these vegetables back to the same heavy bottom skillet along with the leftover fat from the chorizo. If there isn’t enough fat in the pan, drizzle a few teaspoons of olive oil over the vegetables. Cook the vegetables over medium heat, stirring, until the onions are translucent, about 5 minutes. Add the garlic and cook, stirring for about 1 minute more. Turn off the heat.

Once the potatoes are cooked, remove them from the oven and transfer them to the skillet with the vegetables. Turn the heat to medium and toss to combine. Cook for 2 to 3 additional minutes.

Cut the avocado in half lengthwise. Remove the pit and discard. Remove the skin and discard. Chop the avocado flesh into ½‑inch dice and transfer to the skillet. Toss everything together and turn off the heat. Sprinkle with chives, season with salt and pepper; serve warm. 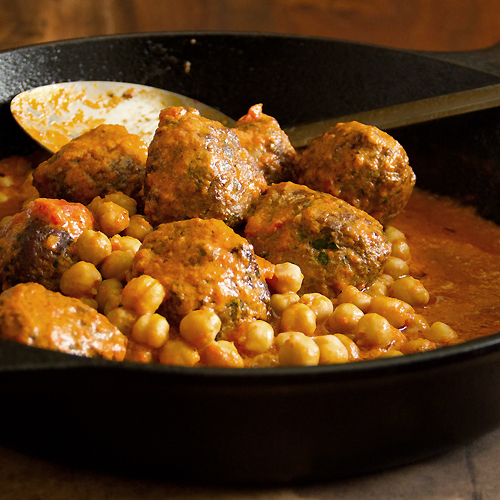 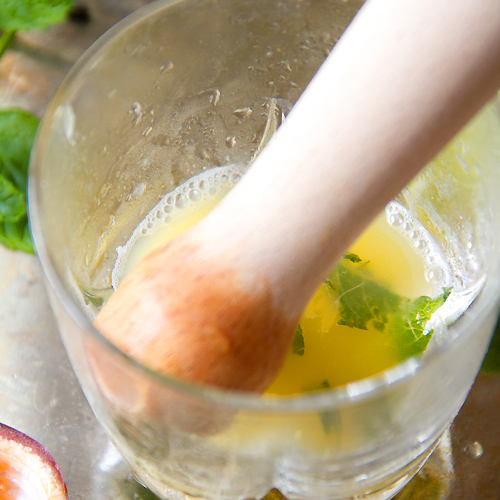