Tomatoes and Anchovies Roasted in a Salt Crust 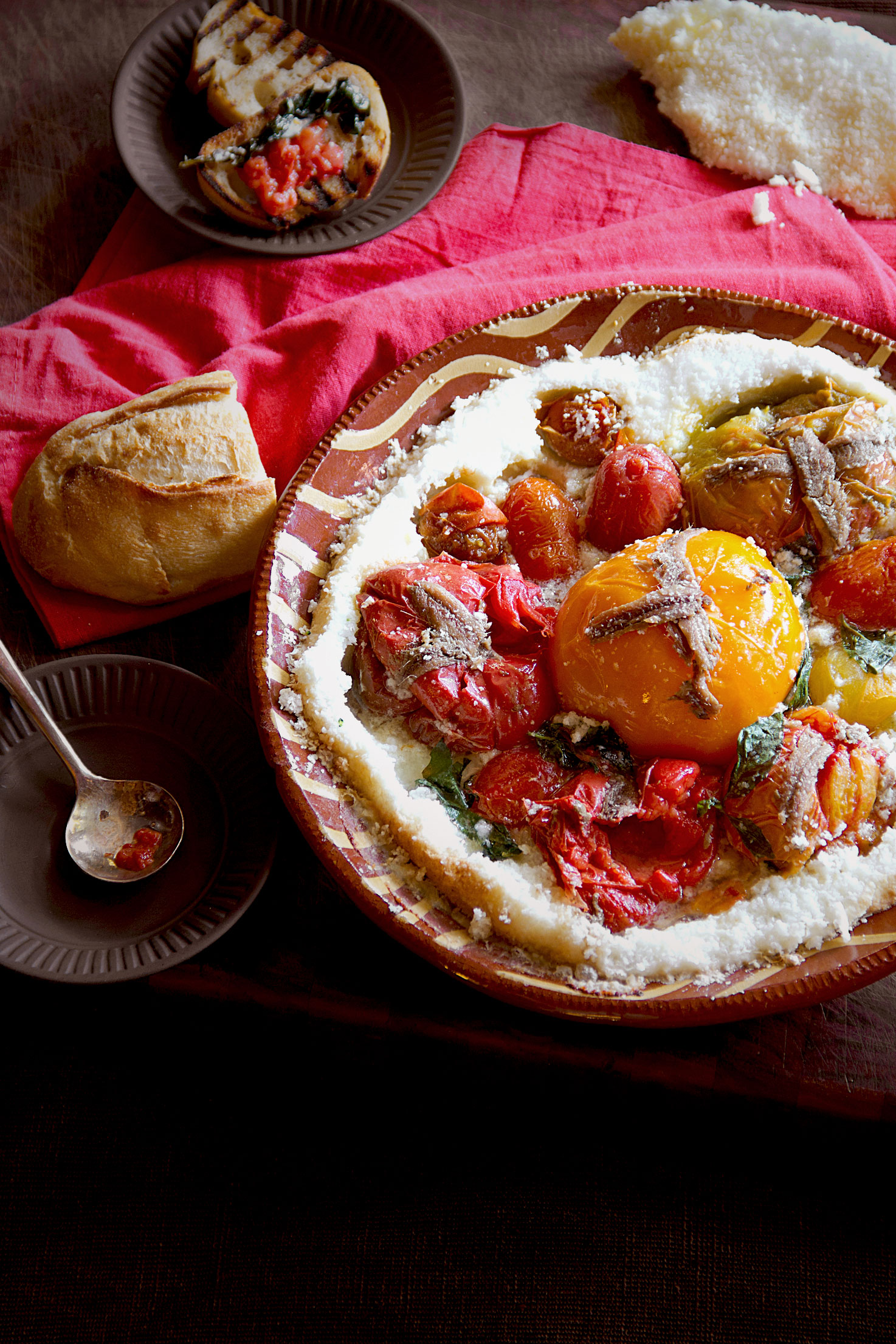 These Tomatoes and Anchovies are roasted in a salt crust which amplifies the tomato flavor without really changing its nature.

Tomatoes and Anchovies Roasted in a Salt Crust

Prep the salt crust: In a large bowl, whisk the egg whites until frothy. Stir in the salt until paste forms. The mixture should be the consistency of wet beach sand. Add more salt if the mixture seems too loose or wet. Set aside.

Prep the tomatoes: If the tomatoes are large remove their cores at the stem end with a paring knife, then score the other end with a shallow“X”. You may skip the scoring and coring on smaller tomatoes, such as cherry or grape. Place the tomatoes, cored side down, into a shallow baking dish small enough to hold all the tomatoes side-by-side in a single layer. Drape the anchovies across the slits to taste and tuck the basil leaves between and on top of the tomatoes. Drizzle with olive oil.

Assemble the dish: Tightly pack the salt mixture on top and all around the tomatoes forming a dome about 3/4‑inch thick. Make sure there are no gaps or holes.

To cook, transfer the baking dish to a baking sheet and place in the heated oven. Roast for 30 minutes, then remove from oven and allow it to rest about 15 minutes.

To serve, use a sharp knife to cut all around the edge of the salt dome. Remove the crust in as large of pieces as possible and set them aside. Brush away the salt crumbs and scoop the flesh out with spoons to slather on toasted baguette slices. 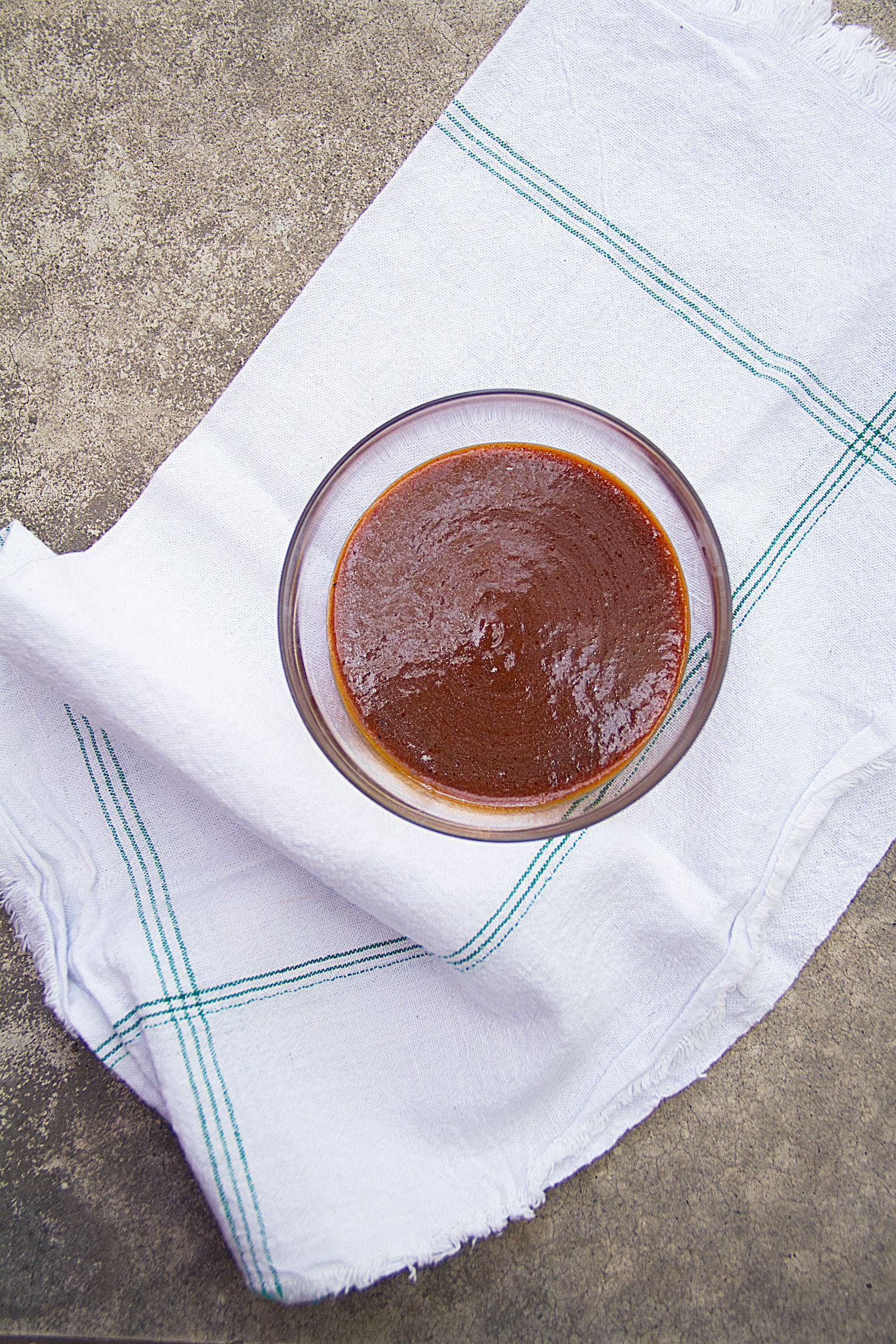 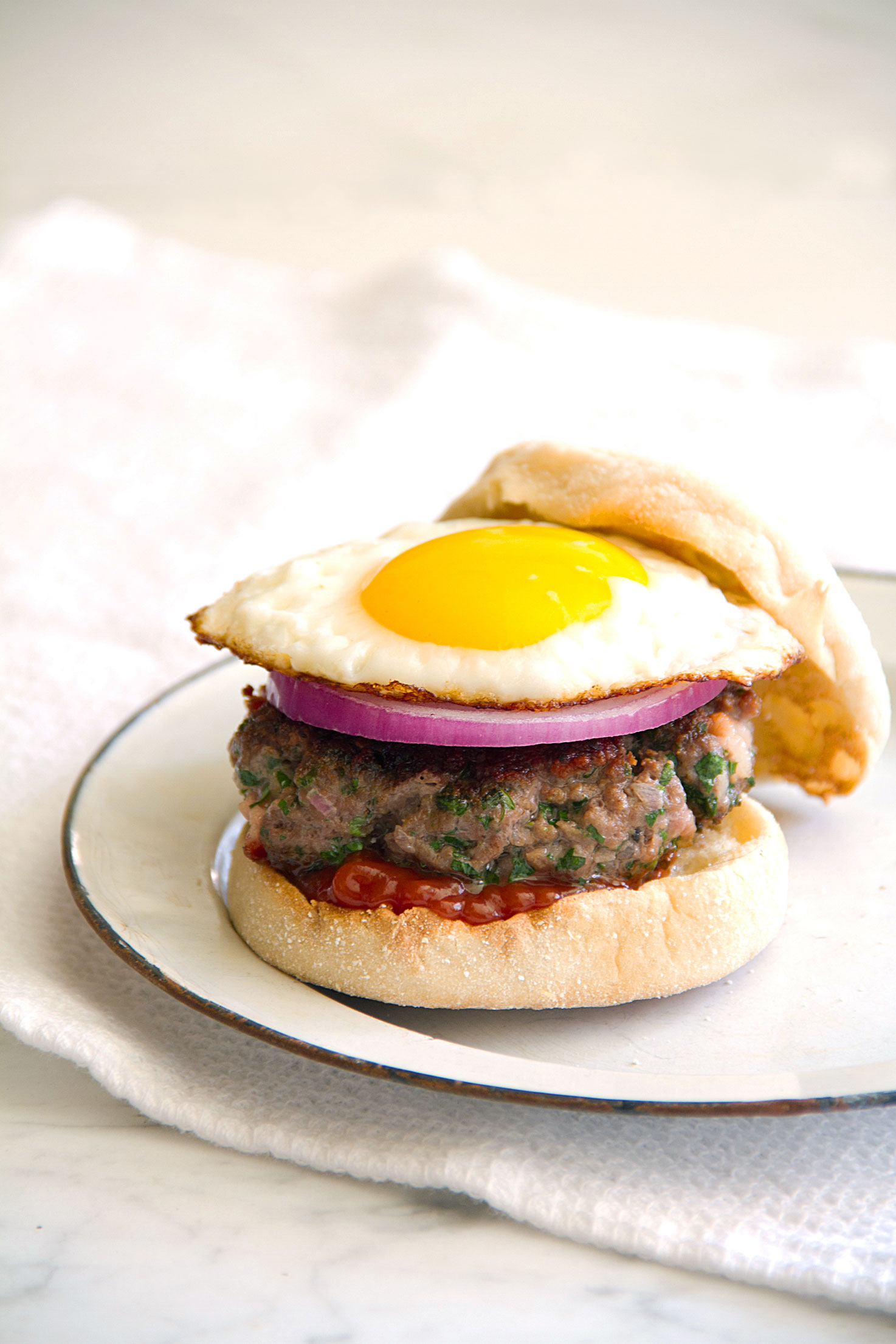