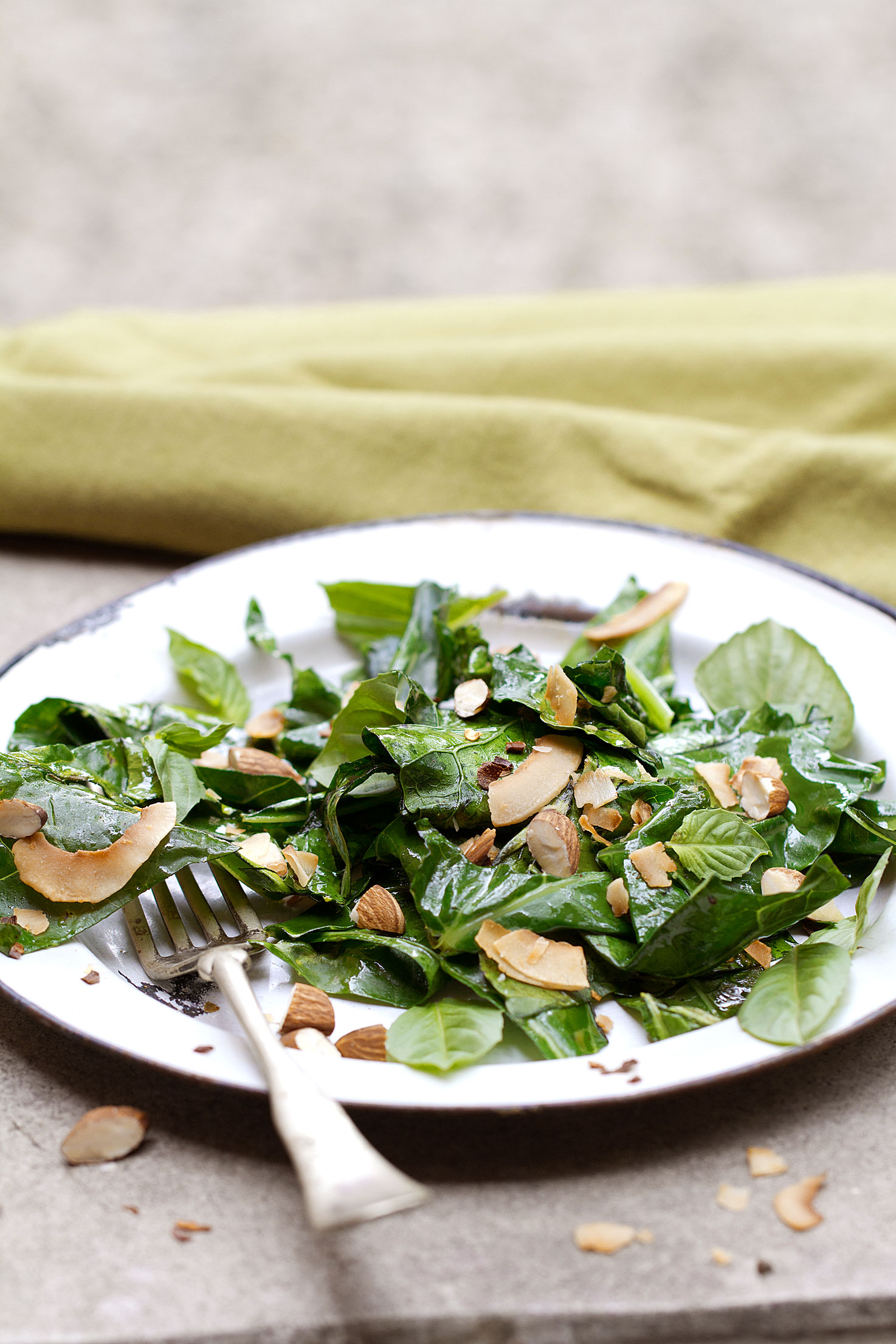 Sautéed Broccoli Greens with Toasted Coconut is adapted from a favorite recipe for collard greens by Louisa Shafia. As we learn more and more about bioactives and cruciferous veggies, broccoli greens are becoming recognized for their nutritional power and have rightfully earned a place on the plate.

Spread out almonds on a small baking sheet and toast, tossing occasionally, until golden brown, 8 to 10 minutes. Let cool, then coarsely chop; transfer to a plate to stop cooking.

Spread out coconut on the same small rimmed baking sheet and toast, tossing occasionally, until golden, about 3 to 4 minutes; transfer to a plate to stop cooking. Turn oven off.

Create a slurry by mixing cornstarch and water in a small bowl until completely combined. Add soy sauce, apple cider vinegar, fish sauce and red pepper; stir slurry to combine and set aside.

Heat oil in a large skillet over medium-high heat. Add garlic; cook, stirring, until fragrant, about 30 seconds. Add collard greens a handful at a time, tossing until wilted between additions. Cook, tossing occasionally, until just tender, about 5 minutes longer. Stir in cornstarch slurry, cook a moment until slightly thickened then season with salt and more vinegar to taste. Move the cooked greens to a serving platter. Garnish with basil, toasted almonds and coconut. 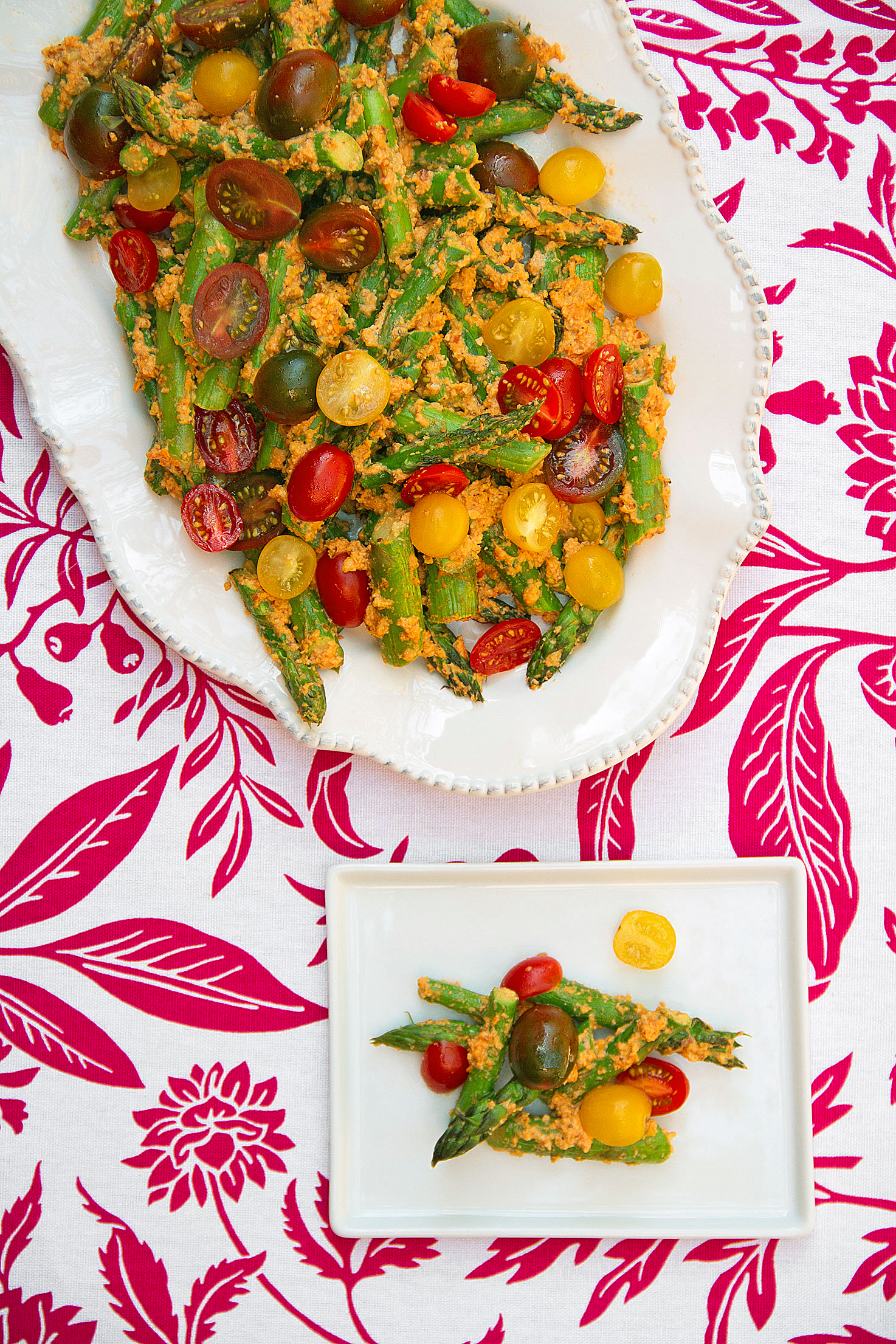 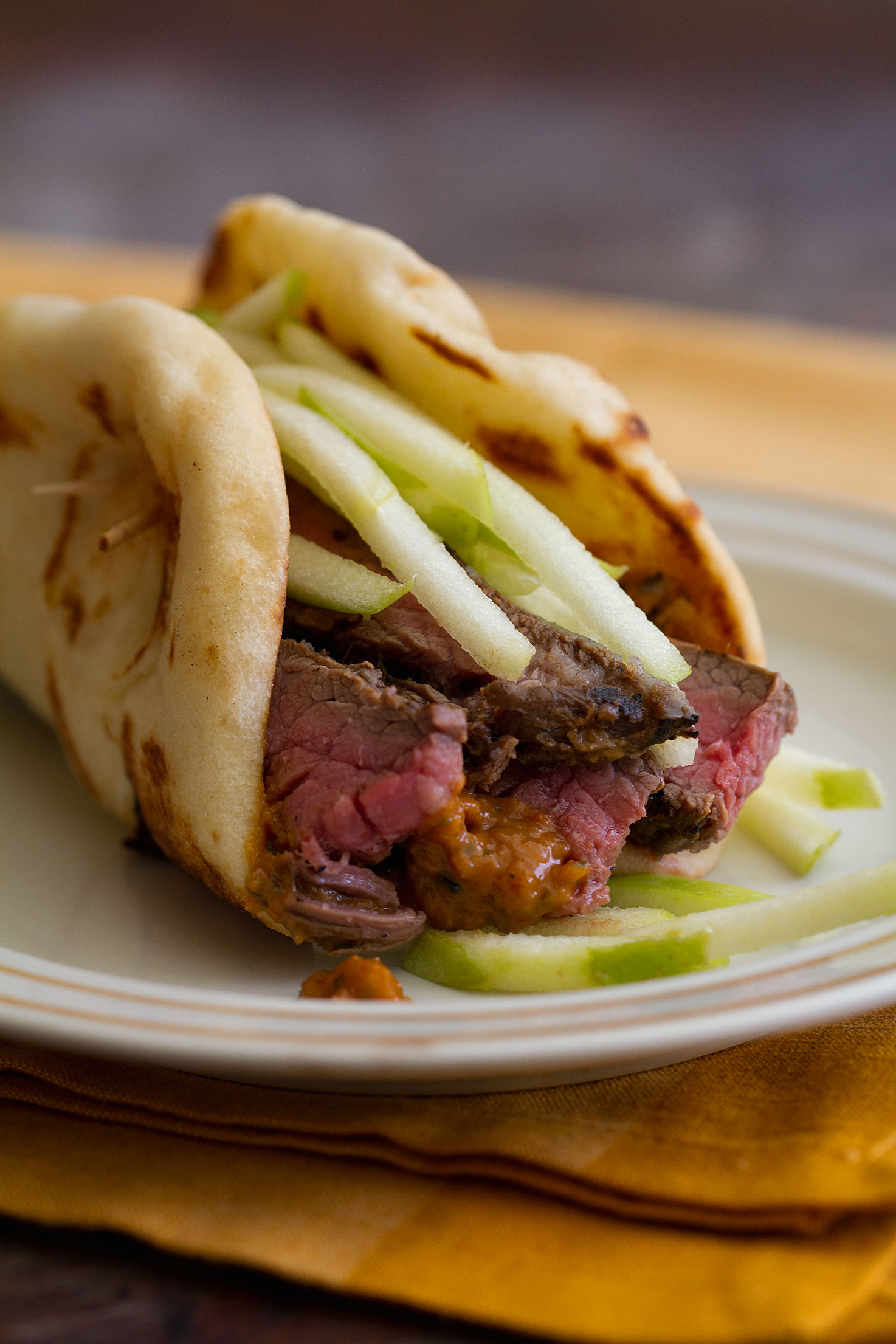