Quail Escabeche: Because I Said I Would 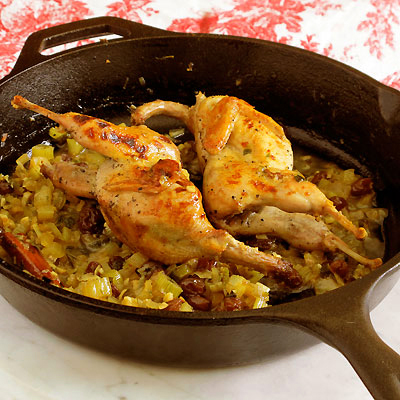 Are you still with me? I said weeks ago that a covey of quail was coming.

But you didn’t think I would actually do this recipe, did you? It’s a heck of a recipe though, full of global influences. It’s exactly the kind of food I love. But when I said a few weeks ago that I could do quail if I wanted to. You didn’t really think I would, now did you?

And you claim to know me. HA! Because I was saving this recipe for when my mood got just sour enough to match the bite in these little pickled birds!

Now I see what’s going on in blog land, and sometimes I just have to take a stand for the kind of food I believe in. I know that it’s cupcakes and healthy snacks for kids that get all the love juice right now. Those are some lovable topics. But we don’t ALL have to post the same recipes… do we?

Still, I realize with all the gingerbread surprises out there, you may have very little room left on your virtual plate for little pickled birds. You don’t even like me saying it do you? Little pickled birds. That’s why I am pretty proud of the few of you who are still reading these words. 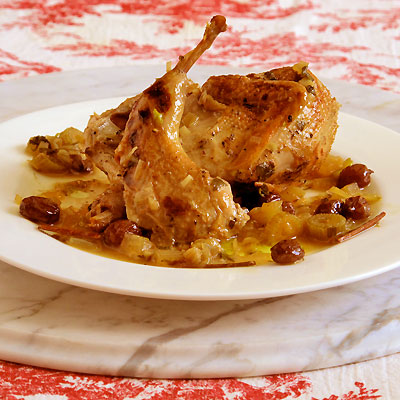 Well, here’s your reward. You might not expect it to be so– but quail escabeche is a wonder. Sure it’s a lot of work to get the meat off the bones, it’s a whole face experience. But honestly, chewing and sucking on the bones is practically the best part. Get primeval. Get dirty. Make a mess! These quail are earthy and refined all at once. It’s the kind of recipe that really connects me to what I love about cooking (and eating). I look at a dish like this and I can’t help but think that this is the kind of food that comes from everywhere. It’s compelling and romantic because recipes like this take all a whole globe of influences to bring them to the table.

Still, at its core it’s a very traditional preparation, I am not asking you to do something you have not done a thousand times. This is braising. Braising meat in its own juices and a few well-chosen flavors. Garlic, cinnamon, raisin, and lemongrass, with enough of sherry vinegar’s bright acidity to define it as escabeche. It feels as if it could have come from a French bistro run by an Argentinean chef whose true love lies in Morocco and the Far East simultaneously! In fact, this recipe was indeed influenced by just such a person, Raquel Carena. But it’s also influenced by me and how I cook. I love to take something simple and ennoble it with long, slow cooking and exotic flavors.

Which is exactly what this quail escabeche accomplishes. See now you’re saying it! Little Pickled Birds… 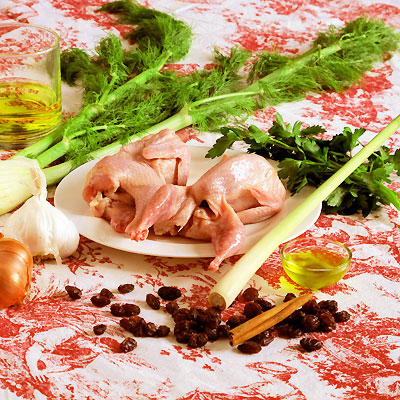 Place the rack in the middle of the oven. Preheat to 350 degrees F.

Wash and thoroughly dry the quail. Season with salt and pepper to taste. Heat oil in an ovenproof 12-inch skillet with a lid, until it shimmers. Sear quail on all sides until golden brown, about 5 minutes total. Transfer to a plate.

Add fennel, shallots, garlic, 1 teaspoon salt, and 1/2 teaspoon black pepper to skillet and saute until fennel is well softened, 5 to 7 minutes. Stir in lemongrass, raisins, cinnamon stick, sherry and sherry vinegar. Bring to a boil, then cover the skillet and move it to the oven to braise the vegetables about 20 minutes.

Pull the skillet from the oven, remove the lid and add a bit of water if necessary. Not too much, just enough to keep the vegetable fluid and easy to move around the skillet. Nestle the quail on top. Cover and return to the oven to continue braising another 30 minutes until the thigh pulls easily from the joints. Cool completely, uncovered. Serve at room temperature, drizzled with olive oil. 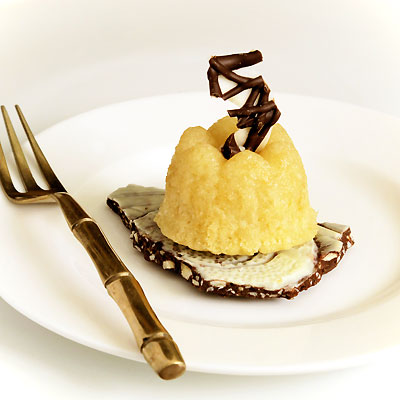