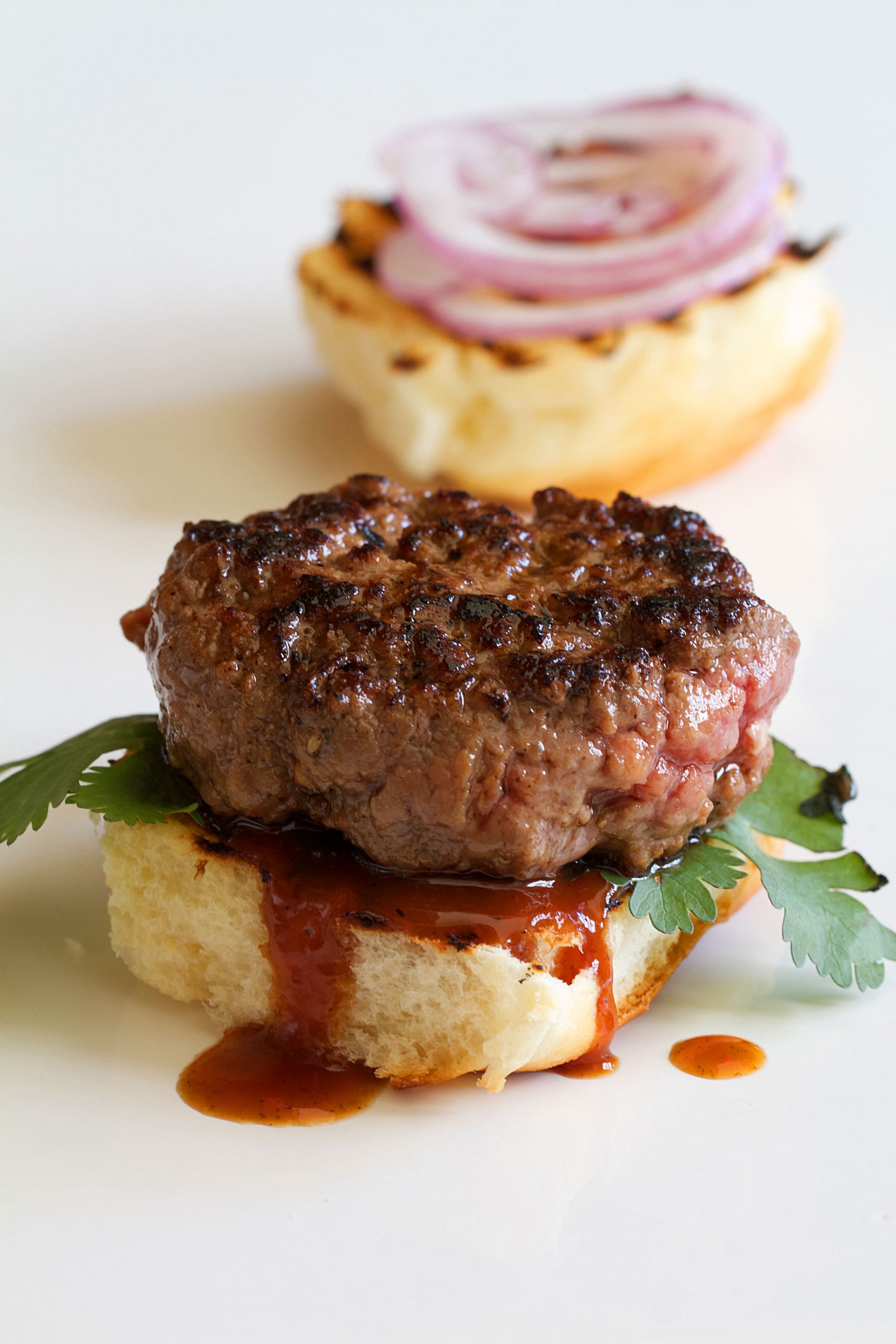 Would you be offended if I referred to these Petite BBQ Bison Burgers as sliders? I don’t want to antagonize anyone with insensitive language. It’s not my way.

I try to be PC in most of my dealings with people. I avoid cussing when I can. I’m not really a name caller – even in jest. I see no point in upsetting or alienating another person based on our differing opinions or backgrounds. I’m not saying I don’t have (and share) strong opinions. It’s just that I try to be respectful with those opinions. So if I roll my eyes and gag when I hear your opinion, I promise it’s involuntary.

Here’s an example. When the holidays roll around I don’t mind mind saying Happy Holidays instead of Merry Christmas – especially in a situation where Merry Christmas might somehow annoy another person. Of course I’ll admit I’m opinionated enough to think that anyone who gets peeved by being wished a Merry Christmas has issues of their own. Still, I’m PC enough to go ahead and play it safe.

I won’t call sweet treats Crack. And though I know it’s just eggs on toast with anchovies, I won’t be offering you any Scotch Woodcock. Don’t get me started on Head Cheese. Fortunately I don’t live in Minnesota where a Dago is a sausage burger piled with grilled onions, peppers, tomato sauce, and melted cheese. I’d have to go my whole life without eating pork. Even the idea of a cocktail called Sex on the Beach makes me blush. I know the phrase is rarely uttered outside a bar, but you never know who’s listening, so I’ll just have a beer.

Which brings me to the word slider. Am I being insensitive to these perfectly delicious little BBQ Bison Burgers by calling them such a thing? You see originally the term slider was used as a derogatory slur against White Castle. Evidently White Castle burgers are so greasy that they slide down the gullet easily. I’ve never eaten a White Castle burger so I can’t say for sure. Maybe it’s just a statement of fact. Maybe White Castle burgers slide down easily because they’re delicious. Maybe. But I’m just PC enough to worry about it. GREG

You may alternatively grill these burgers on a gas or charcoal grill. 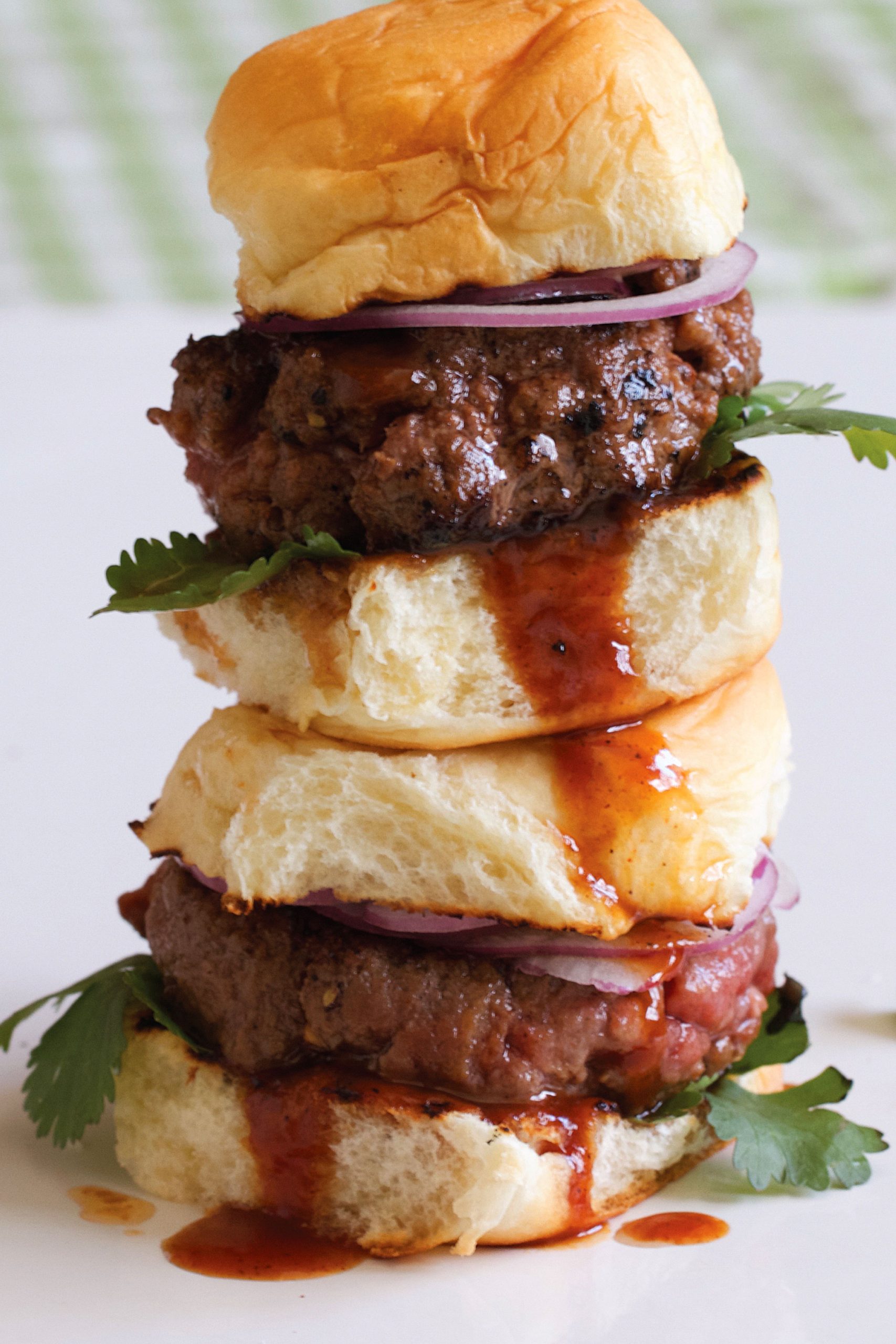 Place the ground bison meat into a medium bowl. Add ¼ cup BBQ sauce and season with salt and pepper. Using your hands gently mix the sauce and seasoning into the meat. Try to not overwork the meat. Then divide the meat into 6 equal portions and form each portion into a 3/4‑inch thick patty. Use your thumb to make a small indentation in the center of each patty. This will ensure that the meat maintains its form as it plumps in cooking. Season generously with salt and pepper on both sides.

Heat a large grill pan or cast iron skillet over medium-high heat (see notes). Drizzle and swirl a little oil into the hot pan. Place burgers in the pan, don’t crowd them, work in batches if necessary. Cook the burgers about 2 to 3 minutes until nicely browned and then flip them and cook about 2 to 3 minutes more for medium-rare.

While the burgers are cooking place the buns cut side down onto a large heated grill pan, skillet or griddle, rotating as needed, until lightly browned. Remove from heat and drizzle a little more BBQ sauce onto the bun bottoms, followed by a few cilantro leaves. Top with cooked burger, another drizzle of BBQ sauce, and some red onion. Cover with top bun and serve warm. 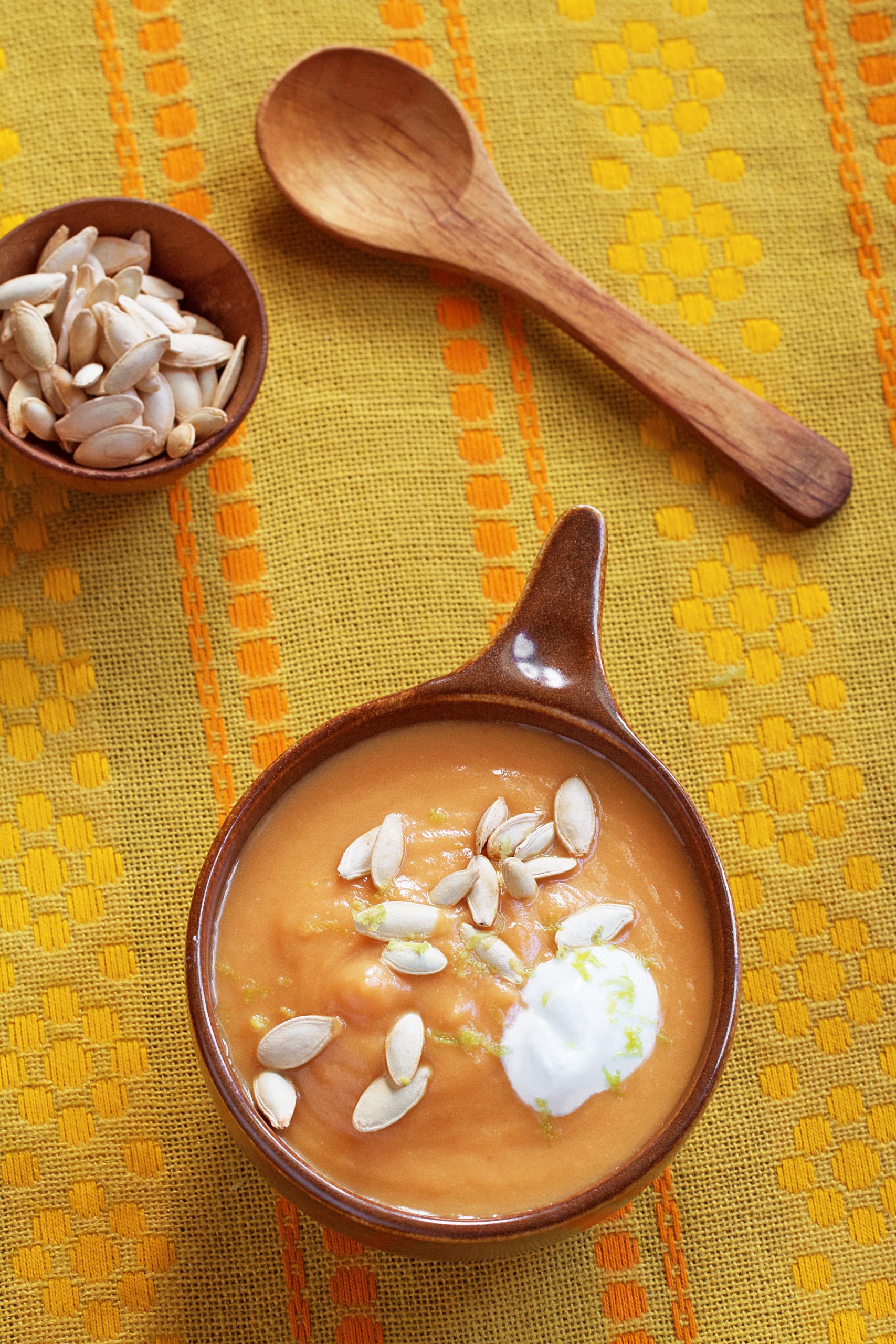 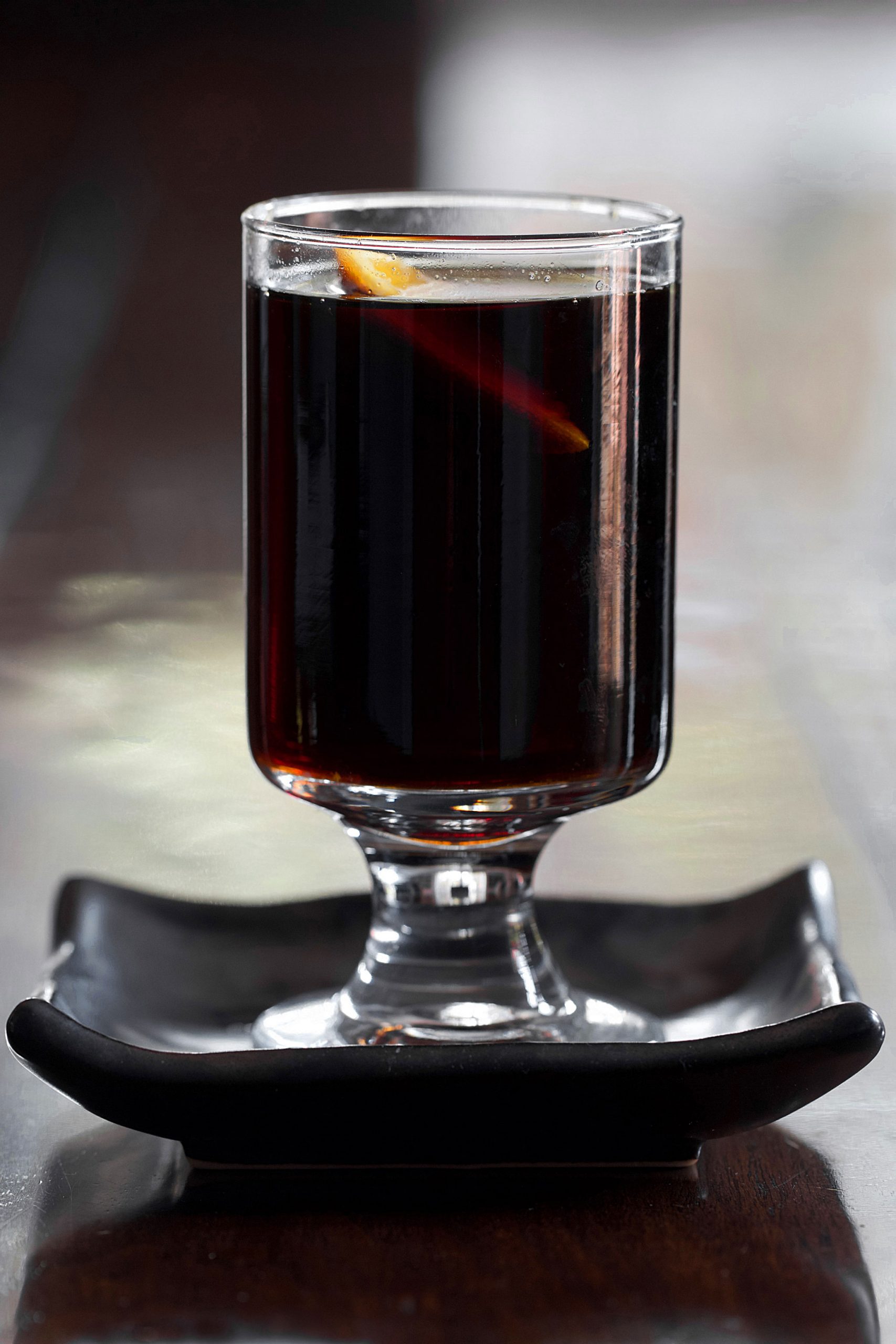