Orecchiette with Chickpeas is Apulian for Pasta 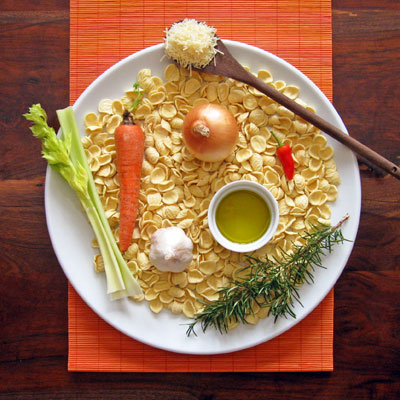 My interest in Southern Italy continues.

Today I am concentrating on the so-called “heel of the boot”. It is generally known as Puglia. Though I have seen it called Apulia, Puglie, and les Pouilles.

The area is perhaps the most contradictory region in Italy. Alternatively, desolate and picturesque. Compared to most of the country, tourists are still quite rare.

Many books I have read claim that the culture of food is less defined here than it is in many other regions in Italy, despite the plenitude of good fresh seafood from the Adriatic. Especially shellfish. I recall tremendous mussels battered and fried that make for a memory to last a lifetime. So I am not quite sure who decided that the region was somehow gastronomically challenged. I think perhaps Puglia’s food gets a bad rap because it reflects the rustic ingenuity that its poverty-stricken roots require. Because the dry soil can be difficult to work with and is not as prolific as other regions, Apulians have had to make more with less. 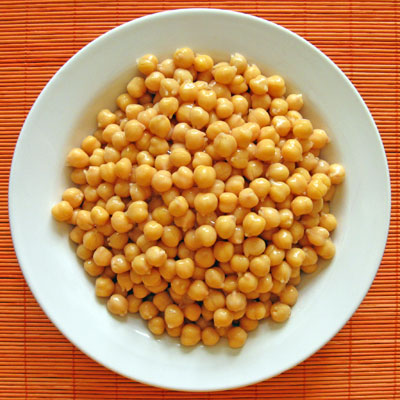 Still, olives, nuts, melons, and figs all seem to thrive here despite the unpromising nature of the soil. Tomatoes do well too and are typically used to make a very intense, concentrated tomato paste that is a basic in the cuisine of Puglia. Though perhaps less well known than the Campanian version from the boot’s western coast.

As I said olives thrive here and Apulian olive oil is one of the finest olive oils in the world. Olive oil and table olives are some of the main agricultural products of this region and account for 40 percent of Italy’s output.

But there is one food item that defines this region above all others. This is where most of the wheat is grown in that country, and good durum wheat is vital in the quintessentially Italian culinary stapleâ€“ pasta. The best dried pasta is made from durum wheat. It is the hardest of all kinds of wheat. That density 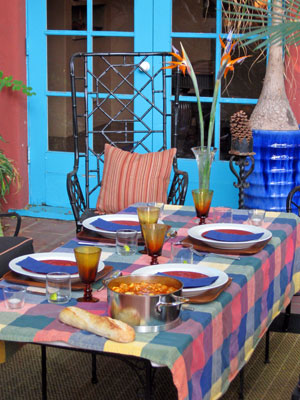 comes with a high protein content, which translates into gluten strength. In other words, durum wheat pasta defines the term al dente!

If there were one style of pasta that could be most associated with the region that pasta would be orecchiette. It is said to resemble a “little ear” which is orecchio in Italian. “Ette”, indicates “little”.

Though orecchiette is said to be native to Puglia, its probable provenance is Provence! Because there a similar type of French pasta has been made there since medieval times. It is a disc-shaped pasta with a hollowed center. It is handmade by pressing the thumb on a disc of dough. The shape is designed to facilitate the drying process so that the pasta could be saved for times of famine.

It was also the pasta of choice for boats leaving on long trips. It may have found its way to Italy on one of these boats, because the French dynasty, the Anjous, was a dominant economic force in the area in about 1200 AD.

Whatever its origins, good orecchiette should be slightly thinner at the center of the â€œearâ€ and thicker at the outer rims. This makes for 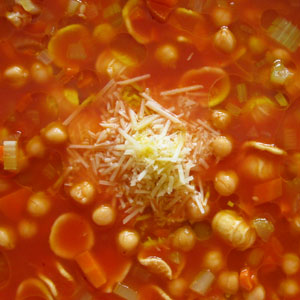 textural variations that make this pasta so well suited to hearty sauces.

Here in Los Angeles, we are stuck between summer and fall. So I have opted to take some good handmade orecchiette and make a sort of brothy pasta similar to the classic Fagioli. Only I am opting for another favored Southern Italian bean, the “Ceci” as we would say the chickpea.

It’s still warm enough to dine outside before it gets dark. So I am having a few friends in, and we are going to welcome the change of seasons with a hearty recipe that falls somewhere between a traditional pasta dish and a soup. 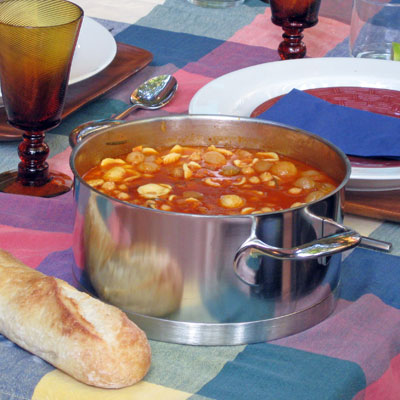 Heat the olive oil in a large sauce pan, adding the onion, celery, carrots, garlic, and rosemary. Cook this mixture over medium high heat about 8 minutes, stirring occasionally, until the vegetables are soft, but not yet colored.

Season with plenty of salt and pepper (the beans like quite a bit of salt), then add the sweet red pepper and a pinch of red pepper flakes. Stir in the tomato sauce and the stock. Then add the pre-soaked chickpeas, stirring to incorporate.

Bring the pot to a boil then lower the heat to a simmer. Cook, covered, stirring occasionally for 1 1/2 hours until the chickpeas are tender. You may need to add a bit more water through this process to maintain a constant level.

Taste the mixture. Chickpeas benefit from a late in the process seasoning method, so season them generously at this time. Then turn the heat off until you are nearly ready to serve. At that point, bring the liquid to a boil and add the pasta. Turn the heat to medium and cook until the pasta is al dente. Remove the rosemary branch and serve warm.

Pass very good olive oil and Parmesan cheese at the table to garnish each serving. Serve with lots of rustic bread. 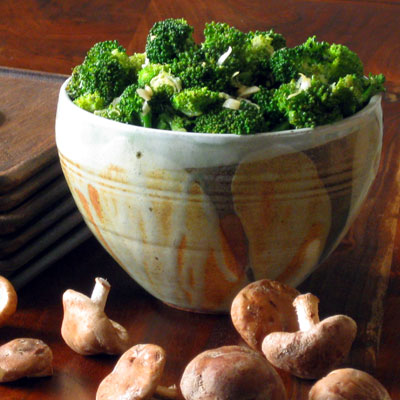 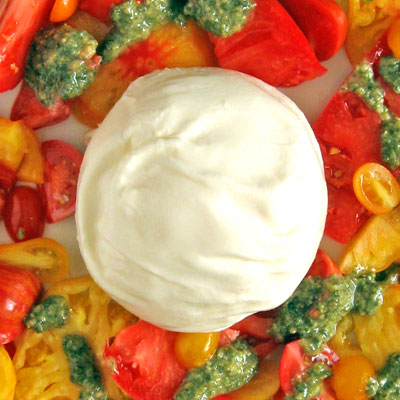