Notes From The Kona Coast: Traditional Hawaiian Food From Local to Loco Moco 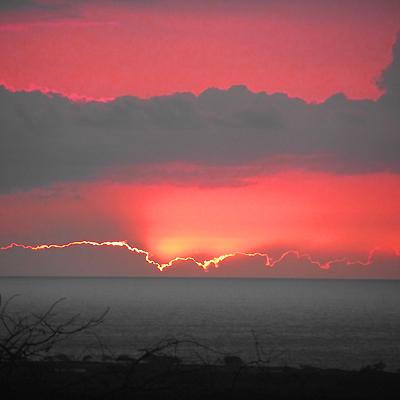 What is traditional Hawaiian food?

Did you answer Luau?

Now you may hold secret Don Ho Hawaiian fantasies and these fantasies probably involve luau. Because if you have ever stayed at the Royal Hawaiian, Waikiki Beach then you may be thinking that luau is how all Hawaiians eat all the time. But in truth, a traditional luau is a very rare festival in Hawaii. Because the sheer cost and effort that goes into one are a bit staggering.

First off there is the pig. Whole pigs are pricey. And where exactly do you store a pig? The refrigerator? Even if you can afford a pig and have a place to keep it, there is the small issue preparing the Imu (the elaborate and labor-intensive traditional luau cooking pit) not to mention the making the many many required accompaniments like raw fish, lomi lomi, poi etc.

So the Luau may be a very proud Hawaiian tradition, but it does not really reflect the typical Hawaiian diet. 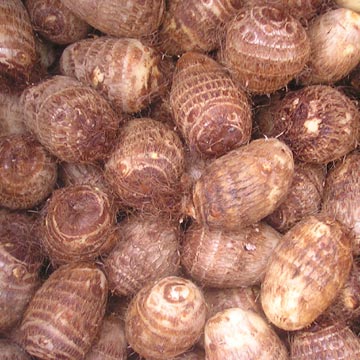 In truth, traditional Hawaiian foods have a long and convoluted history. When the first Polynesians arrived in the Hawaiian Islands they found there was very little to eat here. That’s because, geographically speaking, these islands were very new and had little in the way of indigenous life. They were also very remote and isolated. The Polynesians brought with them, pigs, dogs, chickens, taro and sweet potatoes. These plus whatever seafood they could catch became the staples of life. It was a rather simple diet and it required quite a lot of work to provide.

Enter Captain James Cook. Once he arrived in Hawaii trade routes were established, a steady stream of newcomers started arriving. With these newcomers came new plants and animals from foreign lands. Chief among these early arrivals were missionaries from New England who brought cows, horses, sheep, and goats, both as food sources and beasts of burden. This introduction of new foods 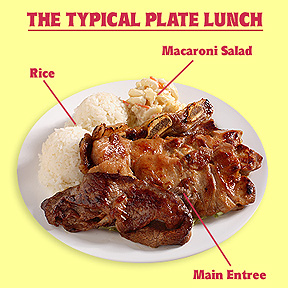 and traditions changed the Hawaiian diet greatly, as well as their capacity to produce food on a larger scale. Pretty soon business began to move in. They developed large plantations featuring new cash crops, foods like sugar cane and pineapples soon dominated. With large-scale agriculture comes the need for immigrant labor. Workers from places like China, Japan, Korea, Puerto Rico and the Philippines began arriving. Each new wave of immigrants brought new cooking traditions with them.

What developed from all this influx of cultures became known here as “Local Food”. Local Food is far more diverse than our gentrified idea of the luau. It is an East-West Pacific mix created in the 1920s and 30s by lunch wagon cooks and small restaurant chefs. Typical Local Food meals are known as lunch plates and usually consist of rice and meat covered in gravy, sometimes a raw fish dish called poke is included and is usually served with either salt and seaweed 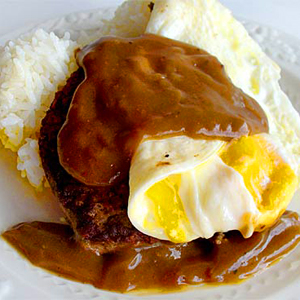 or chili peppers, sesame oil or soy sauce. Then there is the ever-popular Loco Moco– a hamburger patty topped pile of rice with brown gravy and a fried egg. I swear, I didn’t make that up! Also popular is Teriyaki, which is used to prepare all kinds of meat.

Further proof of Hawaii’s multi-ethnic background is the phrase, Kau Kau. You hear it bellowed to announce meal times, street vendors use the phrase to attract customers and wives use it to bring families to the table. It seemed to me that these simple words had to be Hawaiian for “food” or “eat” because they are used similarly to the common English phrases “Chow” or “Grub”. But I learned that the Kau Kau is a pidgin English word derived from the term “chow chow” which is Chinese for food. Because in Hawaii when it comes to food all people speak the same language– or at least don’t mind borrowing a few words. 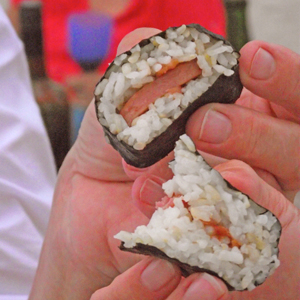 Another popular style of “Local Food” is barbecue. In my mind, it is a sort of “everyday luau” and is often prepared as a beachside pot-luck where family, friends, and neighbors enjoy each other’s company and the wide variety of Local Foods. A particular favorite at these events seems to be grilled fish. Because no matter how many foods and food traditions are imported to these islands, the sea is the constant here that keeps providing a bounty of tasty tidbits and delicacies. These include: Aku, Ahi and Albacore (Tuna); Marlins; Opakapaka, Kalekale, Onaga, Uku and Taape (Snappers); Hapuu (Grouper); Ulua, Akule and Opelu; Ono; Squid and Octopus; as well as all the shellfish like Opihi, Wana (Sea Urchins), Black Crab, Shrimp and Prawns.

I was lucky enough to attend a local beachside barbecue on this trip. True to fashion there were lots of foods brought down to the beach and shared family style. They included the familiar and the unfamiliar to me. There were salads, a spam filled “sushi” called musubi, fish and even a bit of wild local pig that was unlucky enough to be caught snorting around in the wrong garden! As the sun was setting picture perfect over the Pacific, it was easy to see what has brought so many from so many cultures to these islands for so many centuries. 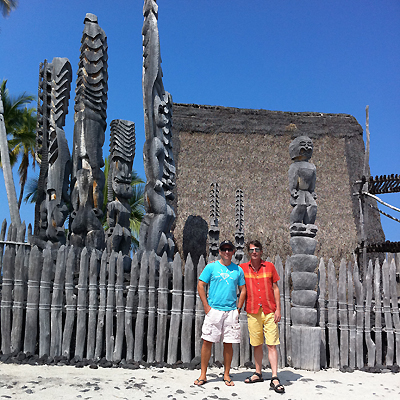 So here I am in Hawaii, trying to immerse myself in “Local Food” and its traditions and I find out that these traditions are as wide as the big blue sea surrounding these islands. Because the Hawaiian food I am seeking is actually a unique cuisine created from a much-diversified background. Here it is common to see restaurants that serve American, Chinese, Korean and Local Food all in one establishment. High-end or low-brow these restaurants combine many culinary elements and diverse cultural influences to create a new localized version of Kau Kau that is unique to the Hawaiian Islands. 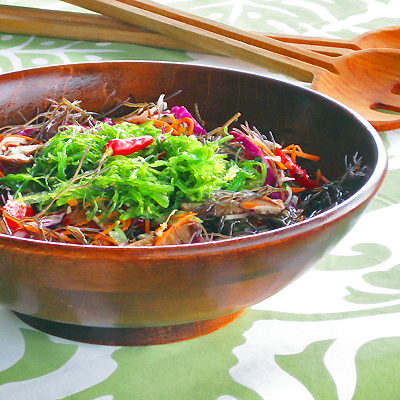 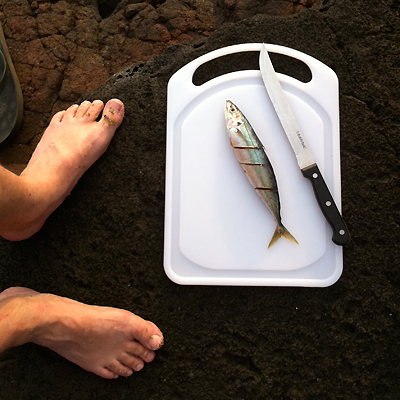