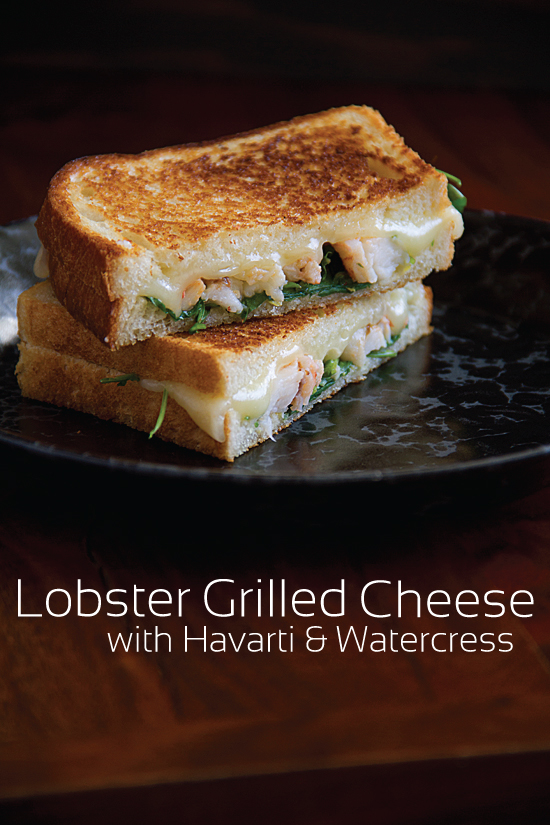 You remember grilled cheese, don’t you? You dipped it in tomato soup and shoved it into your face when you were a wee one. It was a staple during your college years, because it was cheap to make and did a good job of soaking up all that beer. I still consider it the ultimate comfort food, because it’s hard to beat a buttery, crisp grilled cheese sandwich. However, I’m a full-grown man and sometimes I find that the memory of my childhood favorites are more delicious than their present day reality. To test that theory I made a Lobster Grilled Cheese Sandwich with all the best ingredients I could get my hands on. I realize it’s just dressed up comfort food, however, once you upgrade from Kraft Singles and Wonder Bread to a Lobster Grilled Cheese Sandwich, you’ll never bother to peel the plastic off a Single again. After all, leaving it in the plastic doesn’t really change the taste does it?

First things first. Do I need a Lobster Grilled Cheese Sandwich recipe? Couldn’t I simply layer fresh, tender chunks of sweet lobster and gooey Havarti cheese between two slices of well-buttered, toasty bread and call it a masterpiece? After all, I love each component on its own. Well I’m sorry to say, the test run of my adult Lobster Grilled Cheese didn’t prove to have the same alchemy as the childhood version. How could that be? Shouldn’t lobster make it better?

Yes, lobster should make it better. However, good cooking (and good eating) often requires balance. Butter, cheese and lobster are so rich that I decided the sandwich might benefit from some contrast. Watercress, lemon zest and chives bring that contrast and keep this sandwich from being too much a mouthful.

There’s something else to consider. If you really want to elevate the grilled cheese sandwich, you gotta take your time. It doesn’t matter if you have a hot plate or a commercial range with all the bells and whistles. All you need is a heat source that’s neither too hot, nor to cold. Too hot and you burn the bread while the cheese stays solid. Too cold and the sandwich cooks so slowly that the bread gets dry like crackers. Lobster won’t save either of those disasters. GREG 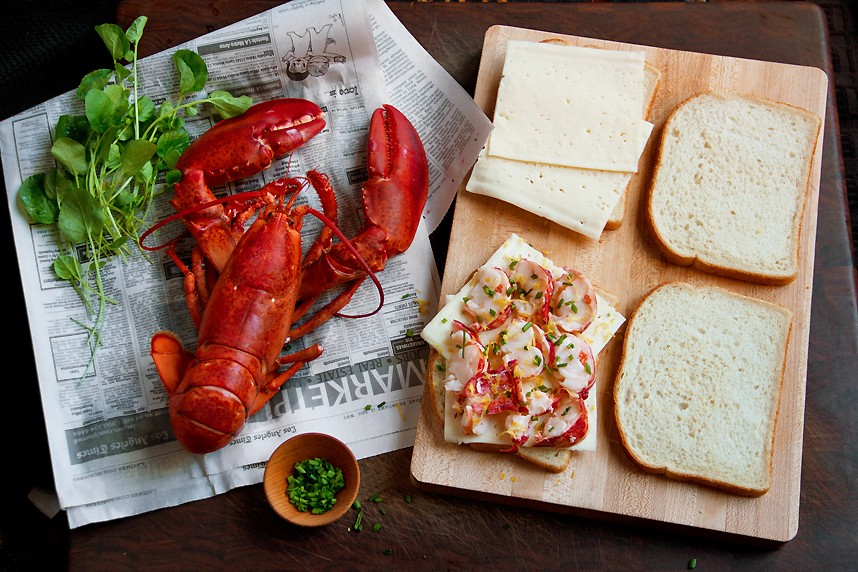 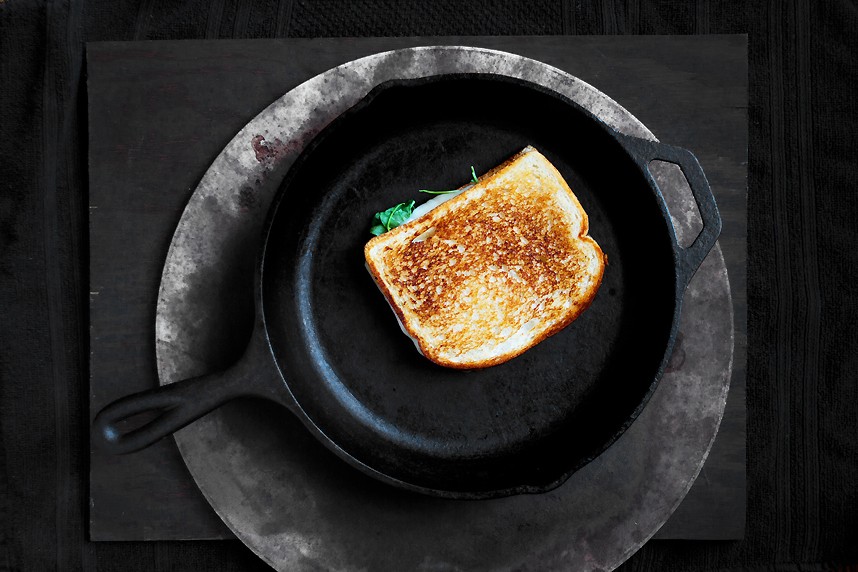 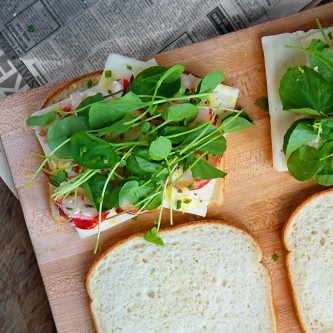 Cook the lobster: Bring a large pot of salted water to a boil. Add lobster headfirst so it dies almost instantly. Cover and cook until shells are bright red, about 6 minutes. Remove lobster from water and allow it to cool completely. Once cool the lobster will keep, covered in the refrigerator, up to three days.

Make the sandwich: Working with a room temperature, cooked lobster, remove the claws and tail. Crack the shells carefully and remove the meat, keeping it whole and intact as much as possible. Remove the vein in the tail, then slice the tail meat and claw meat into ¼‑inch thick pieces. Set aside. Save the shells and remaining bits of lobster for stock.

Lay four slices of bread onto a clean, dry work surface. Place 2 slices of Havarti onto each slice of bread in an even layer. Divide the lobster meat between all four slices, laying it out in as even a layer as possible. Sprinkle each with chives and lemon zest, top each slice with watercress. Close the sandwiches with the remaining four slices of bread. The recipe can be made to this point a few hours in advance, wrap in plastic and refrigerate.

When ready to serve use a pastry brush to generously brush both sides of each sandwich with melted butter. Cover the bread evenly, going all the way to the edges.

Heat a large non-stick or cast iron skillet over medium heat. Add the sandwiches to the skillet, cheese side down, and saute for 2 to 3 minutes, or until golden brown. Slide them around in the pan a few times during cooking to assure even browning. Turn the sandwiches over and repeat. Do not crowd the pan, work in batches in necessary.

Slice on the diagonal and serve the sandwiches warm. 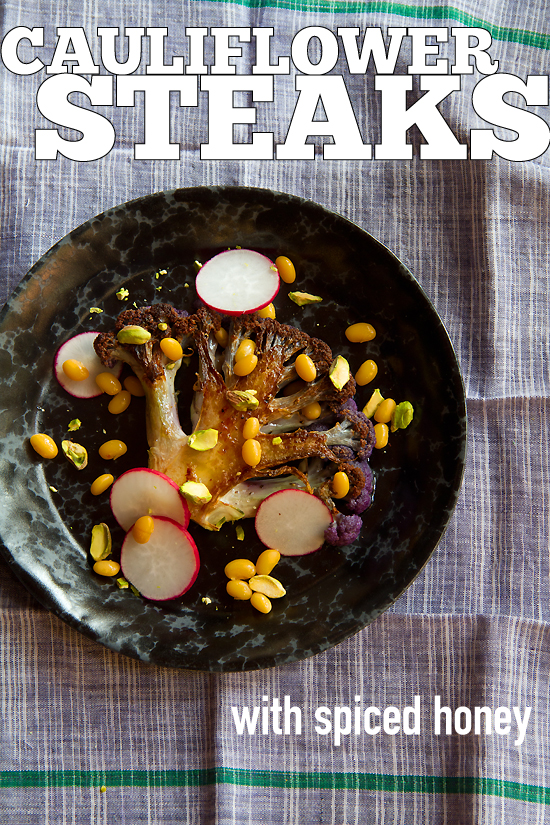 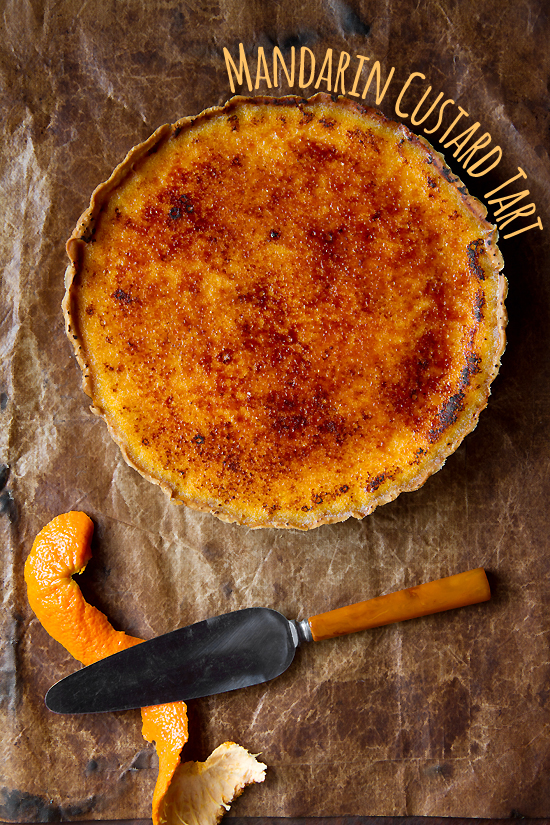