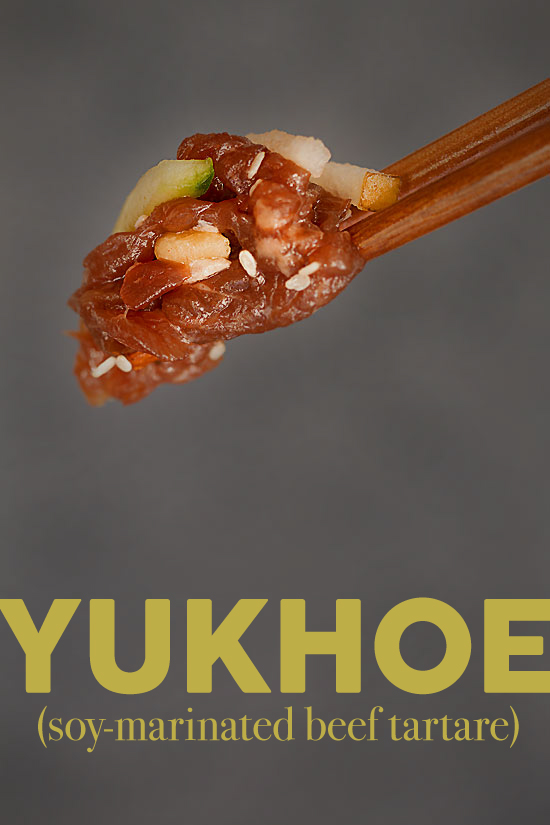 From the first moment I saw Koreatown: A Cookbook it spoke to me. Not because I’m Korean or speak Korean, but because I live in Los Angeles – home to one of the largest, most vibrant Koreatowns in the United States. Our Koreatown occupies a sprawling swath of amorphous turf between Hollywood and DTLA. It’s one of the most interesting neighborhoods in the city. This is no Chinatown in the San Francisco tradition. It’s K‑town. There are few concessions to the uninitiated. It can seem as foreign as Seoul itself. You’ll find herbalists, karaoke bars, grocery stores, even churches. The sheer size and vitality of the metro scene is astonishing – so are the restaurants.

One thing you’ll notice about this city within a city is just how dense it is with eateries. Some serving famous Korean dishes: Bulgogi, BBQ and Soontofu. I’m comfortable ordering these well-traveled favorites. However, for people like me who don’t speak Korean, the more obscure dishes can present some challenges. You see, language isn’t the only obstacle to eating well in K‑town. First you must figure out where to go for which type of food. When Koreans eat out, they often first decide what dish they’re in the mood for then choose a restaurant that specializes in that dish.

I consider myself an adventurous eater and there’s nothing I enjoy more than trying new restaurants, exotic cuisines and unfamiliar flavors. With Koreatown so close to my home, it’s easy for me to make semi-regular visits. Yet I balk sometimes because I feel some slight trepidation when faced with an untranslated menu in a bustling Korean restaurant. I’m sometimes too intimidated to do anything but point at pictures. 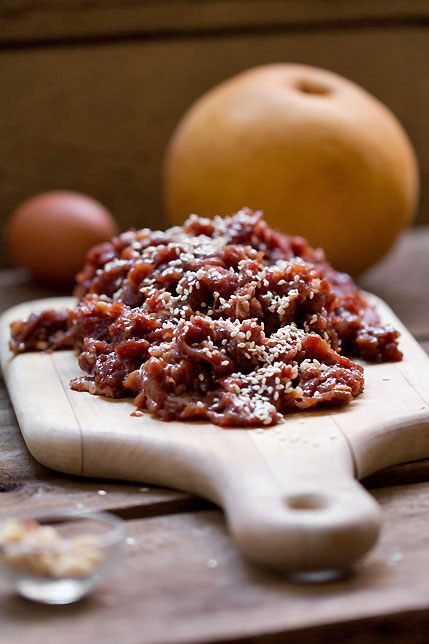 Well I’m tired of limiting myself to Korean menus with pictures!

The answer to this dilemma is of course education. As a cook I’m of the strong opinion that the best way to understand a culture is to understand its cooking – making Koreatown: A Cookbook more than a collection of recipes. For me it’s a textbook in understanding (and recognizing) the menu items that, until now, have seemed like an unpronounceable collection of odd-looking words.

The book gets going with an explanation of ingredients and tools. Consider it a Korean Cooking 101 syllabus. These straightforward explanations are important for the home cook, but if your goal is to simply develop some confidence on your next trip to Koreatown – you’ll appreciate this section too.

This is followed with a chapter on Kimchi and Banchan, the small dishes that accompany each meal. If you’re new to the Koreatown scene you may be surprised by the array of plates that come to your table without ordering. It’s easy to wonder: “are these salads, side dishes or condiments? ”

Well, as the authors point out, “there are no rules with banchan.”

Which makes this chapter a delight. I’m a cook that appreciates variety. Banchan makes every meal in Koreatown perfectly customizable (with every single bite). I’ll never again have to wonder which banchan goes with which dish. I’ve thrown those worries out the window (along with the rules).

The book continues with the classic foods you’d expect and may have had some experience with. However, there are plenty of other dishes that seem more challenging. These are the exciting recipes. The recipes that cause me to gleefully flip back and forth to the (much appreciated) glossary in the back. I’ll be excited to tackle some of these delicacies as my education continues.

There’s also a section of “guest recipes”. These are often creative takes on Korean food or Korean cooking styles from chefs whose work is “informed by Asian flavors” in “both traditional and nontraditional ways”.

Proving the author’s thesis – “Korea is going to play a major role in the future of cooking in America.”

To get me ready for the future I’ve chosen to prepare Yukhoe (soy-marinated beef tartare). It may well be the simplest dish in the Korean repertoire. It’s a salad of slightly frozen raw beef, pine nuts, soy sauce and sesame oil served with equally cold Asian pear slivers, cucumber slices and a single raw egg yolk stirred into the mix at the last possible moment. GREG

“Koreatown: The Cookbook is a spicy, funky, flavor-packed love affair with the grit and charm of Korean cooking in America. Koreatowns around the country are synonymous with mealtime feasts and late-night chef hangouts, and Deuki Hong and Matt Rodbard show us why with stories, interviews, and over 100 delicious, super-approachable recipes.” – Penguin Random House 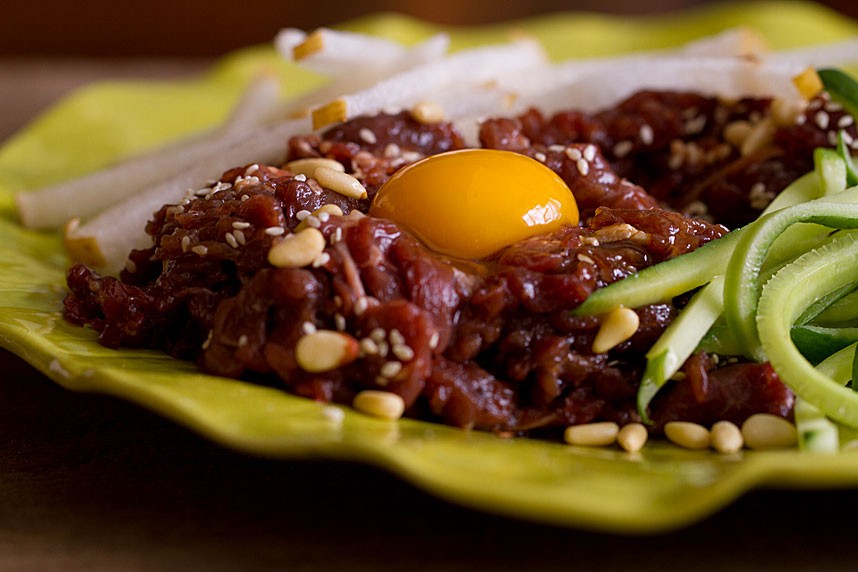 I was sent a review copy of Koreatown: A Cookbook by Deuki Hong and Matt Rodbard. All opinions are my own. Blogging for Books. 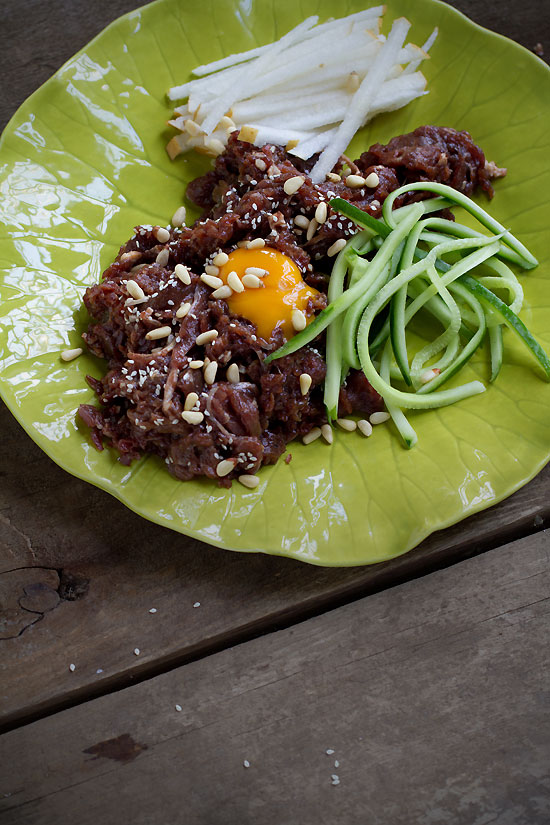 Slice the meat into batons about ¼ inch wide. Reserve in a bowl.

Place the meat in a freezer, along with an empty serving bowl, and chill until the meat is firm and just beginning to freeze, about 20 minutes. The thinner you slice the meat, the quicker it will freeze.

While the meat is freezing, make the marinade by combining all the ingredients in a bowl.

Remove the meat from the freezer right before you are going to serve and toss it in the marinade. The meat should still remain very cold, so do not over-toss.

Place the meat in the center of the chilled serving bowl. Garnish with the Asian pear, cucumbers, pine nuts and egg yolk. Season with salt and pepper and serve immediately, mixing the yolk into the meat at the table. 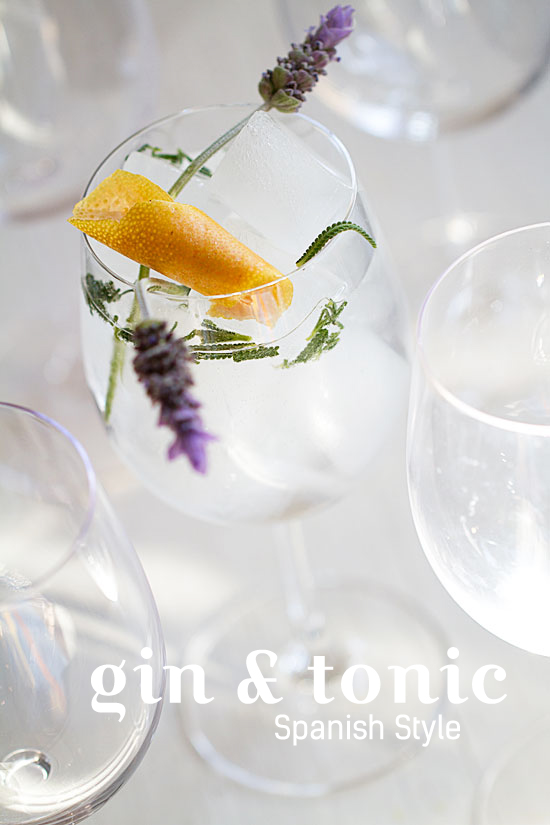 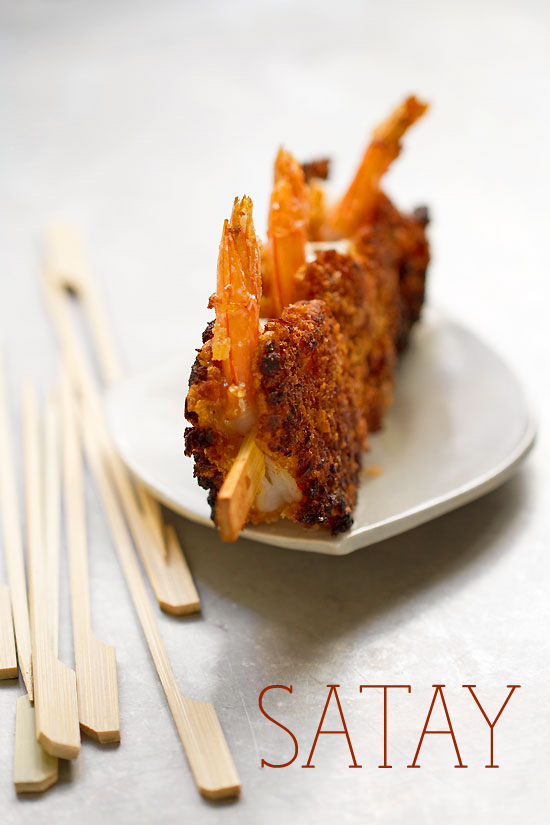 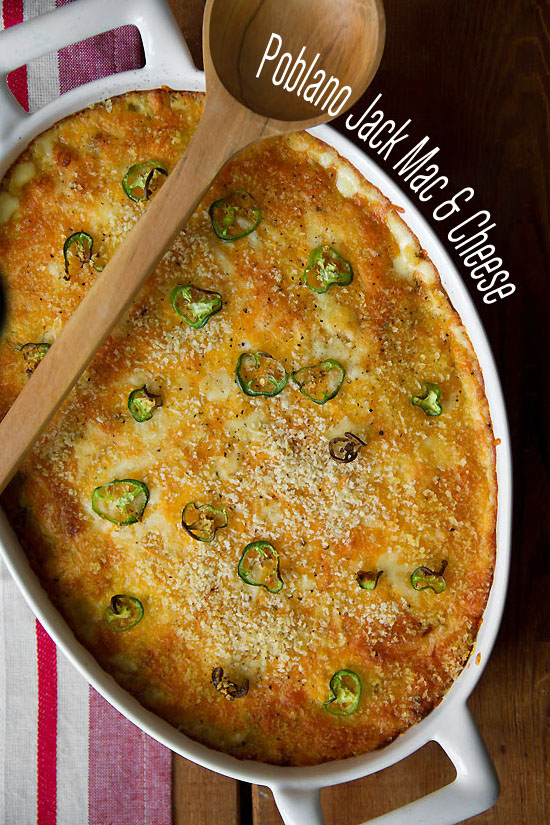