WARNING!! Unless you are a serious blog wonk, read no further! Because I am getting down to the nuts and bolts of the blogosphere here. And that includes traffic.

I don’t know about you but every once in a while I like to look under the hood of my blog and see what’s working and try to figure out why. There are lots of things to consider when one peeks into the inner workings of a website. SEO is a powerful tool. So are links and social networking. But how do these factors play into the overall success of an individual post?

As it is the beginning of a New Year I thought I’d reach back into 2010 and bring you my Top 10 most popular posts of that year. I’ll share with you some analytics on each post and maybe we can see a pattern that will help us all understand what drives traffic to a blog.

For today’s exercise I am only using quantitative analysis. I’ll leave the subjective musings about quality, style, and art for another day. Because today is all about numbers.

Now I know bloggers can be shy about discussing numbers, but I not afraid to share mine. And I hope you don’t think discussing numbers is boastful or uncouth. Mine are better than some and worse than lots and lots. But I do believe a little transparency may bring about some useful information we could all use. Also, these are my numbers. When I say something seems like a large or small number I mean in the context of my my blog and its numbers. I have no way of knowing where I rank in the whole scheme of blog traffic, except to follow my Alexa ranking which mostly fluctuated between 63,000 and 80,000 last year.

Keep in mind these are the 10 most popular posts and represent a level of traffic that is not indicative of everything and every day at Sippity Sup. We all have ups and downs. These are my ups. 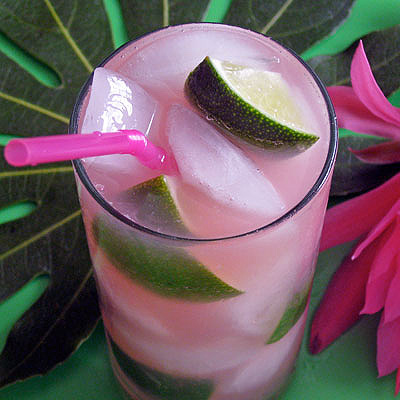 The most popular post of all last year was Ultimate Summer Cocktail- Tickled Pink Tropical Island “Iced Tea”. It’s funny because this was a guest post at LoveFeast Table. And while I do plenty of cocktail posts, this particular cocktail is quite different than the classic cocktails of a smoky by-gone era that I typically prefer.

But now to the numbers. 32,302 unique viewers looked at this post or the recipe attached to it between its publication date, May 17, 2010, and December 31, 2010. That’s more than 3 times the number of views than my second most popular post! The answer to this one is easy. The recipe portion of this post has been Stumbled more than 26,000 times.

Though in this case, further information seems irrelevant (we know where the traffic came from) I’ll tell you anyway. It was linked to 10 other websites which included pick ups by TasteSpotting and Foodgawker. Regarding SEO. The phrase “Ultimate Summer Cocktail” brings the post up as #2 on Google. But the phrases Guava Cocktail, Pink Cocktail and Summer Cocktail do not even bring the post up on the first page. 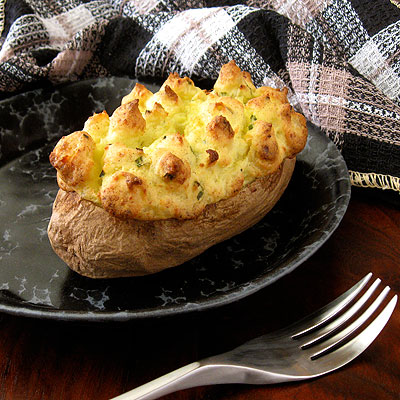 Coming in the second position with 10,189 views is Judi’s Bistro- Twice Baked Potatoes. This post seems to have a whole other set of dynamics driving its numbers. It only found 223 people on Stumble Upon since it’s post date on May 09, 2010. It was re-tweeted 8 times, and 5 websites link to it including both TasteSpotting and FoodGawker. Other than the 10,189 these are very average numbers for my site. So why the 10,189?

Well, it was part of a weeklong series. I have noticed that when I post everyday for an entire week on a single subject I get higher than average numbers– with the number rising as the week progresses. That may be part of the formula. But when looking deeper into Google Analytics we see this. There were almost 100,000 impressions of the phrase “twice baked potatoes” on Google in the last 30 days. Of that I received a whopping 3,200 clicks. This is in the last 30 days. I could not figure out how to get the whole year’s numbers. Twice baked potatoes are seasonal and that may account for the high interest this past month. Still of the 129,000 posts (many from far larger sites than mine) using the key phrase “twice baked potatoes”, my post comes in around #5. I must have done something right with SEO. Any thoughts on that? 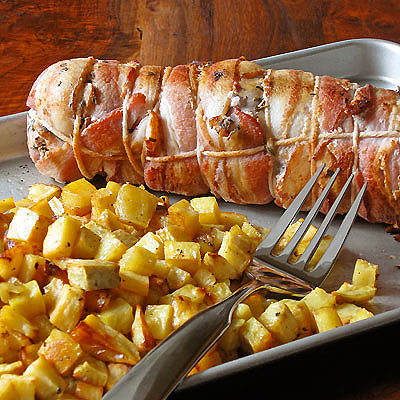 Next is Bacon Wrapped Pork Tenderloin: I am Having a Flay Day! with 9,825 unique views in 2010. There seems to be a similar dynamic going on here as there was in the twice baked potatoes. As I get a very high percentage of these views from search engines, and particularly from the phrase “bacon wrapped pork tenderloin”. Sippity Sup even appears on the first page using this very broad search criteria.

Which seems odd to me. This was an instance where, on May 27th 2010, I simply reproduced a Food Network Bobby Flay recipe. It’s not really new information, in fact my version of Bobby Flay’s recipe appears on the first page of Google just a slot or two below the Food Network’s. I can’t really explain this because 5 retweets, 9 links backs and 896 Stumbles, while respectable are not really enough action to really give this post much uumph! However, like the two preceding entries it was run by both TasteSpotting and FoodGawker. Proving what we all know. Despite the aggravation and heartbreak they bring these sites can be traffic drivers. 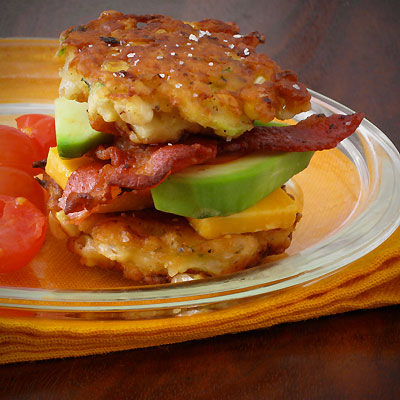 The fourth most visited post for 2010 was Sweet on Corn- Corn & Zucchini Fritter Stacks with Bacon and Avocado. It was also part of a weeklong series. Getting 8,756 unique views, doing quite well on Stumble Upon with 6,628 Stumbles since it ran on August 25, 2010.

FoodGawker accepted the image but TasteSpotting passed and it found no love on Twitter with zero re-tweets. Which does not really mean much. I am not super active on Twitter and 8 or 10 is a high number of re-tweets for Sippity Sup.

These Corn and Zucchini Fritters did have 66 outside links. Which is more than any of the others so far. But nowhere near some of the most highly linked posts I have done. My home page is linked more than 60,000 times, my About Greg page is linked 13,000 times and the highest linked regular post is my Camp Blogaway Video at 11,887 links. I don’t know if this is true for everyone, but many of my highest linked pages only get moderate amounts of traffic. With none of them coming close to making the Top 10. Strange indeed because Google decides a websites page rank by the amount and quality of links. 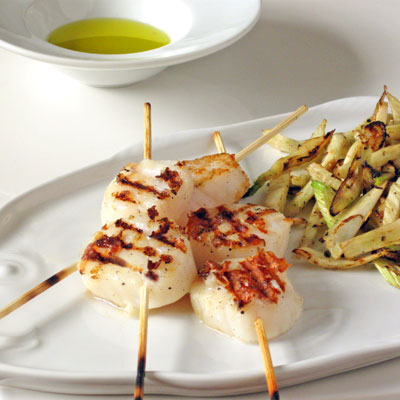 Which brings me to the next entry. Perfect Grilled Scallops- Simple Summer Skewers with 6,846 readers this year.

It does very well in SEO. Showing up in the second slot of the first page on Google for the phrase “perfect grilled scallops”. It’s also highly ranked with other combinations of the same words. But I don’t need Google to prove that to me because I can see that this post gets several hits every single day, considerably more in the warmer months. It’s an example of slow and steady wins the race. It has 51 active links. Including: TasteSpotting, FoodGawker, Chicago Sun-Times and Saveur Magazine. These larger sites may account for some of its longterm popularity. 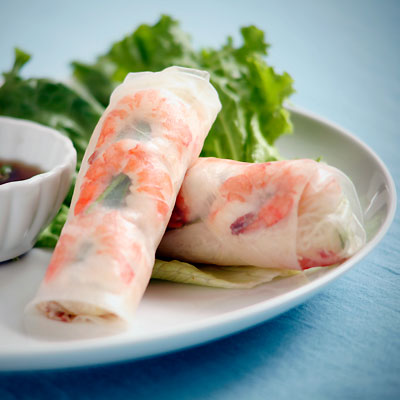 This next one really surprises me. It’s an entry from the FoodBuzz Project Food Blog 2010 competition. FoodBuzz Challenge 4 Picturing Spring Rolls. It’s the only entry from the contest to make the Top 10. I would have thought the contest would have been a big traffic driver. But the opposite proved true. I guess it’s the nature of a contest. Because it was hard to meet the criteria of the challenge and still write the entries in an SEO friendly sort of way. I tried to keep my entries informative and on subject hoping they’d get read by the Google Bots as usual, but alas I never really figured out that formula, and none of my contest entries fair that well on Google searches.

I figure this is because I was posting less often and my posts were highly geared to a smaller audience interested in the contest itself. As the contest progressed and people were eliminated fewer and fewer people read the posts. My Alexa fell almost 17,000 points during the contest. This post came at the halfway point for me and represents the high-water mark as far as readership goes during the contest with 5,946 hits. 3,307 of these hits came from Stumble Upon. There were 10 re-tweets and only a handful of links which fortunately included TasteSpotting and FoodGawker. 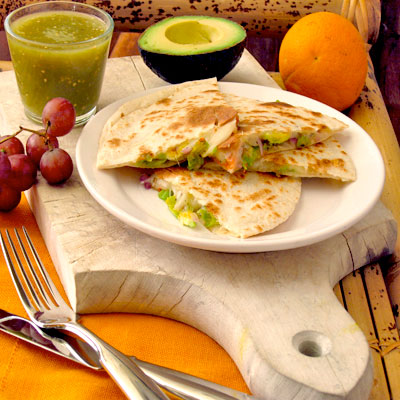 Now here’s a post I actually loved. It the very idea of what I consider a good Sippity Sup post. It’s an original recipe, made with fresh, local, seasonal ingredients. It takes something as simple and familiar as a quesadilla and revs it up just a notch. The blog writing is short and snappy and a bit funny. At least to me. I am actually very pleased it made the Top 10.

Because Squash Blossom Quesadillas Test Your Culinary Compass got 5,726 readers since it was published on August 11, 2010. Which is very good considering the odds it was up against. Both TasteSpotting and FoodGawker passed on it. For most of my posts that would be a death sentence, sending that poor little post to the bottom of the barrel to drown all alone and unloved with fewer than 1000 readers.

Now the PhotoMeanies may not have liked this post, but it did get linked 533 times to other sites. So this post had a second chance to prove itself. Which it finally did late in the game, because eventually it got Stumbled and managed to get 2,682 thumbs up from the community. Taking it from average to Top 10! 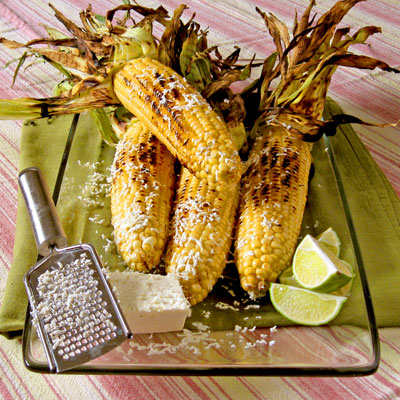 Market Matters- Sweet on Corn: Grilled with Feta & Lime was the eighth most popular post of last year receiving 5,622 viewers.

It was part of the Sweet on Corn weeklong series which was quite popular in general. Two of posts from that series made the Top 10 this year.

This one is tougher to figure out why. It only got 5 re-tweets and 340 Stumbles, and just 25 sites link to it (including TasteSpotting and FoodGawker).

But it still does quite well with SEO. I can get it to come up on the first or second page of Google using all kinds of combinations of the words Grilled Corn with Feta and Lime. It was published on August 22, 2010. Making it one of three posts that month that made the Top 10. Hmmm… 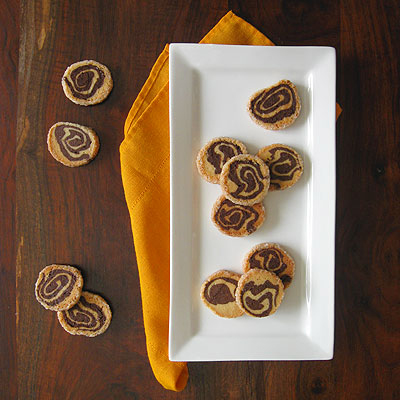 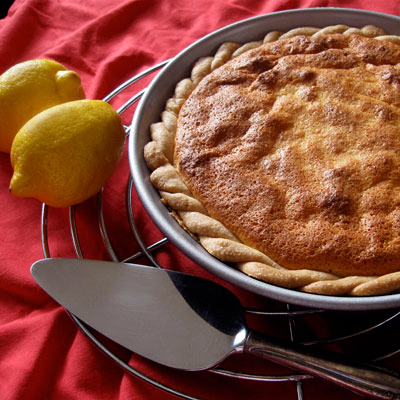 From here on out it’s just a matter of degrees because it’s a log jam of dozens of posts from last year that got between 4,000 and 5,000 views each. So it really is just small factors that distinguish one from another. But the two posts that squeezed past the others to round out the Top 10 are both desserts. In the ninth slot from May 1, 2010, is Chocolate Marble Cookies Beat Stale Bread Everytime which got 4,614 readers. Finally, #10. It was the second entry from my Mother’s Day weeklong series of recipes from my mother’s kitchen: Judi’s Bistro: Lemon Cake Pie. It got 4,583 hits since it was published on May 15th 2010.

Notice they are both May 2010? That means 5 of the 10 most popular posts of last year came from May 2010 and 3 from August 2010! That can’t be a coincidence. Can it? Could Google, or Stumble Upon have metrics that favor a certain website or types of websites during certain times of the year? Could TasteSpotting and FoodGawker have short-term favorites that change periodically?

Or maybe I just blog better when the weather is nice… What do you think? 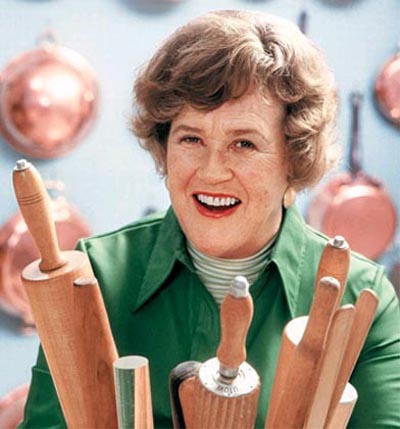 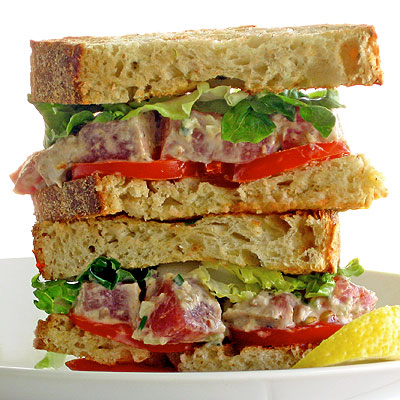